A man who said he and his family witnessed an attack at a San Antonio Whataburger Wednesday evening claims it may have been instigated by racist remarks. Others disagree. 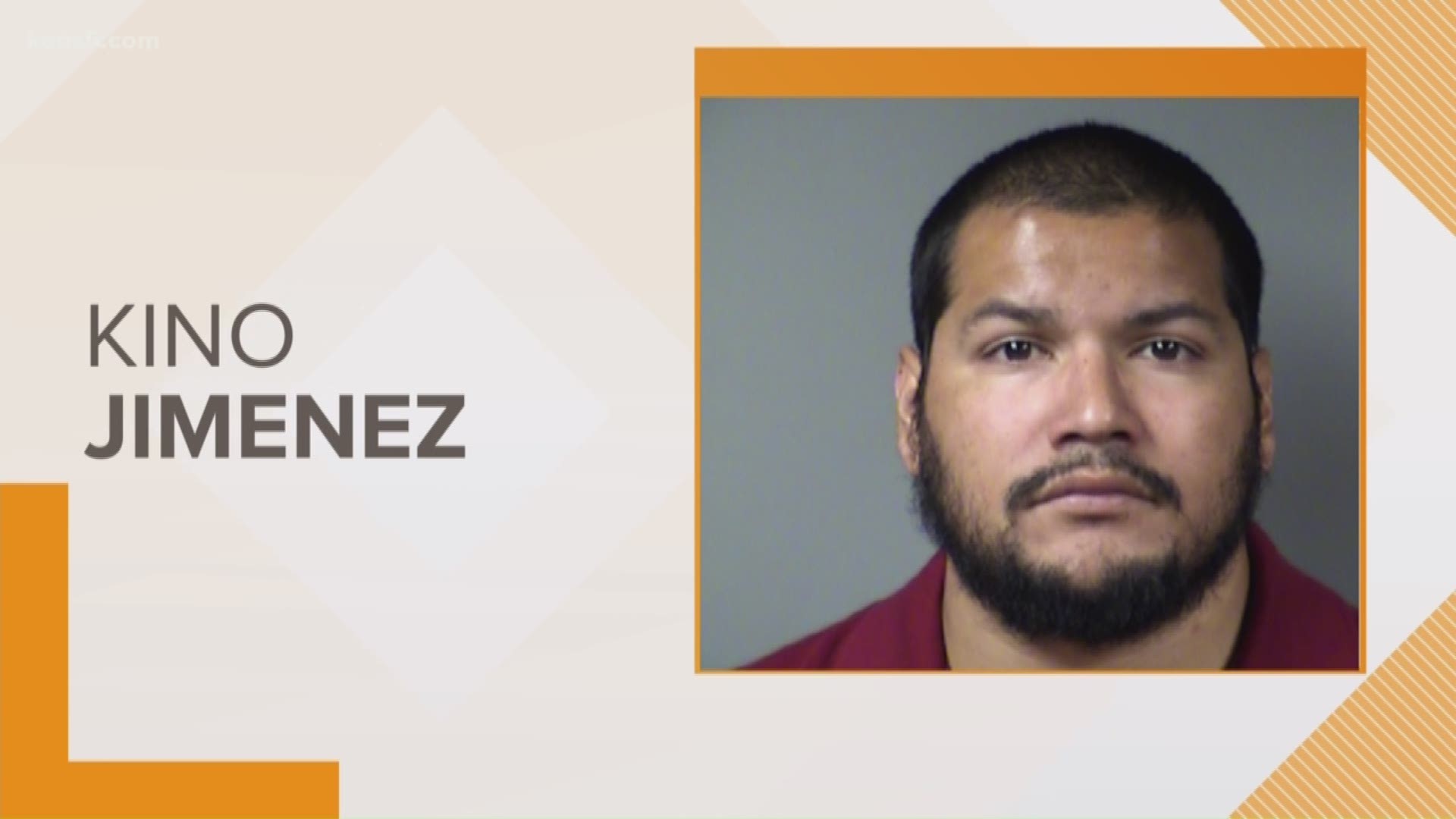 Editor's note: An earlier version of this story included quotes from the alleged witness. Those have been removed from this copy due to concerns about the legitimacy of the statements.

SAN ANTONIO -- A man who said he and his family witnessed an attack at the Whataburger at Thousand Oaks and Nacogdoches Wednesday evening claims that it may have been instigated by racist remarks.

The San Antonio Police Department announced late Thursday that 30-year-old Kino Jimenez has been arrested and charged with theft. SAPD says that Jimenez was arrested at his home in Universal City without incident.

A video of the incident that was posted to Facebook Wednesday evening quickly went viral, garnering more than 2 million views in a matter of hours. In the video, a man can be witnessed throwing a drink at a teen and ripping his 'Make America Great Again' hat off before yelling some expletives and heading out the door of the fast-food restaurant.

According to the post, that has since been removed, the incident was unprovoked. But the witness, who has asked to remain anonymous, told KENS 5 they saw the three teens involved in the incident making disparaging comments about minorities.

The man who spoke to KENS 5 requested anonymity after he said his family was receiving death threats for speaking out about what they reportedly witnessed. He said he did not see the attack, but he did see an altercation inside of the Whataburger before deciding to leave with his family as things got heated.

He also claimed during the conversation another man in the restaurant asked the group of teens to stop making such comments. That's when he said he cut dinner short and had his family leave the restaurant before things escalated.

KENS 5 was not able to independently verify the witness statements. The account from this witness remains in contrast with the original post from the alleged victim's mother, who claimed the attack was completely unprovoked.

The incident is captured in the video below. WARNING: This video does contain offensive language.