WINDCREST, Texas -- Hundreds of residents are calling for the removal of their mayor pro tem, Kimberly Wright. 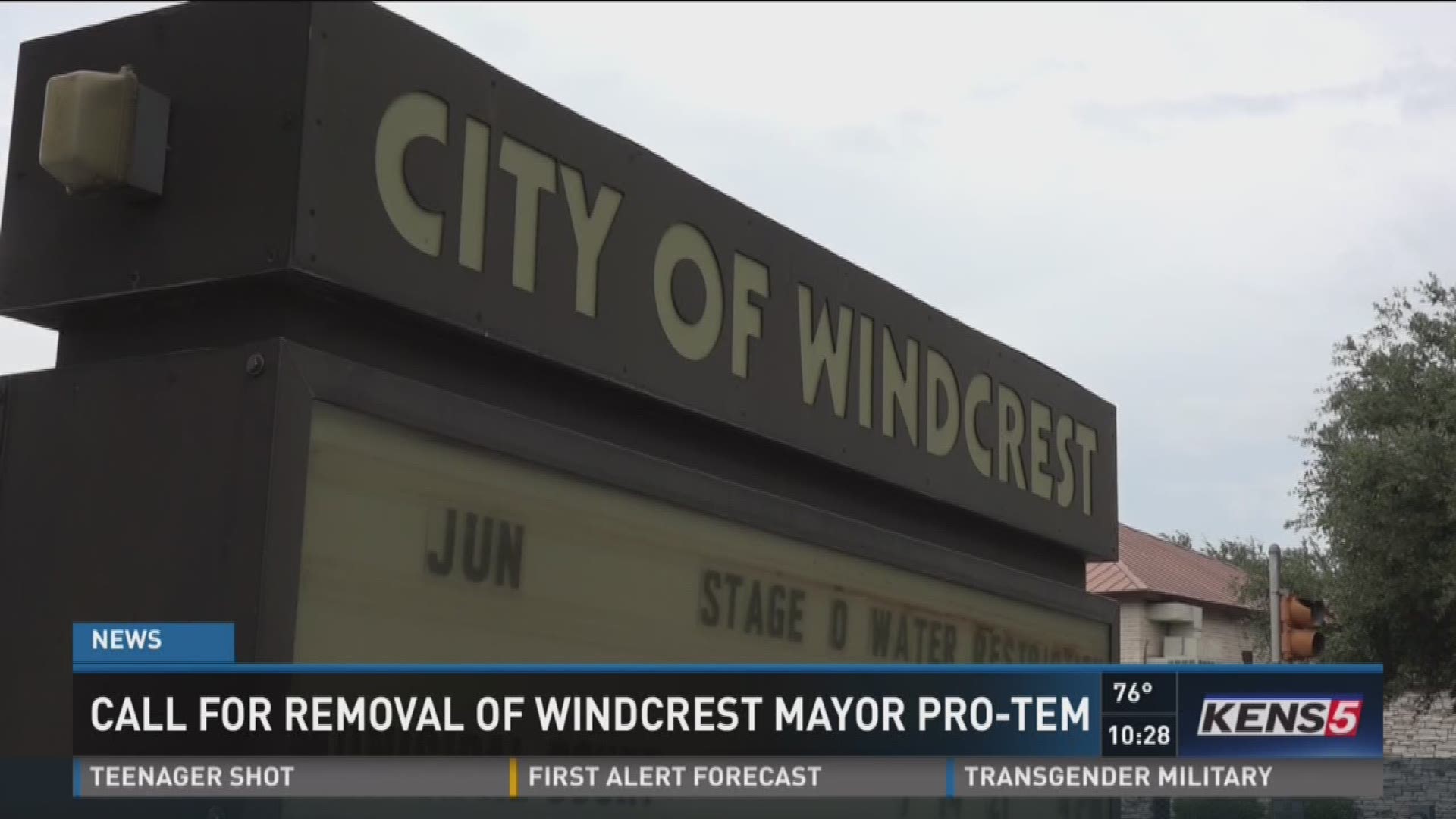 WINDCREST, Texas -- Hundreds of residents are calling for the removal of their mayor pro tem, Kimberly Wright.

Lead petitioner John Gretz said he collected more than 400 signatures in less than a week for the recall petition.

Gretz said Wright has not only lied about the allocation of city funds, but has failed to follow the city charter.

The petition lists an example of a city ordinance that bans homeowners from raising chickens in their backyards. Gretz said Wright was documented saying the city cannot tell residents what to do on their property.

"She was elected to legislate and orchestrate our codes and ordinances for the city. On one hand, she wants to do that and another, she says it doesn't matter," said Gretz.

Gretz said Wright has also denied being a U.S. citizen on her official application to run for office and she refuses to say the pledge allegiance.

"We have a number of residents here who are retired military. Not only that, I feel like serving on the council, the least she can do is pledge allegiance to the flag of the United States at a council meeting," said resident Edward Stecker.

Although not related to the petition, residents said they're upset about a discriminatory email Wright wrote about Windcrest Elementary school students.

"Yes, bad schools are bad for our city. It's why I warned my neighbors and friends to vote against the last NEISD bond issue. Doubling the population of the elementary was a very bad idea and as a result, Windcrest Elementary has plummeted from an exemplary school to merely acceptable because the "new population has come from undesirable neighborhoods outside our city. We have more traffic coming into our neighborhood during school hours as a result of those parents bringing their children from outside Windcrest to the school. The school will NEVER be just students who reside in Windcrest."

Gretz said her comment about the "undesirable" population struck a chord with residents, including him. Gretz is a former special education teacher.

"I worked with a lot kids from "undesirable neighborhoods" or "undesirable kids" whatever you want to call it. They have a right to a free and appropriate public education. I had many that had sad backgrounds. At home, they were more worried about their physical and safety needs then learning how to read and write," said Gretz.

"It sheds a bad light on the citizens of Windcrest. It hurts the whole reputation of our city," said resident Michael Eyhorn.

Wright did not return KENS 5's e-mails or calls for comment. The petition is set on the agenda for Monday night's city council meeting. Gretz said most likely, there will be a recall election in November because he has enough signatures.