This comes after mosquitoes in Williamson County tested positive for the virus in early June. 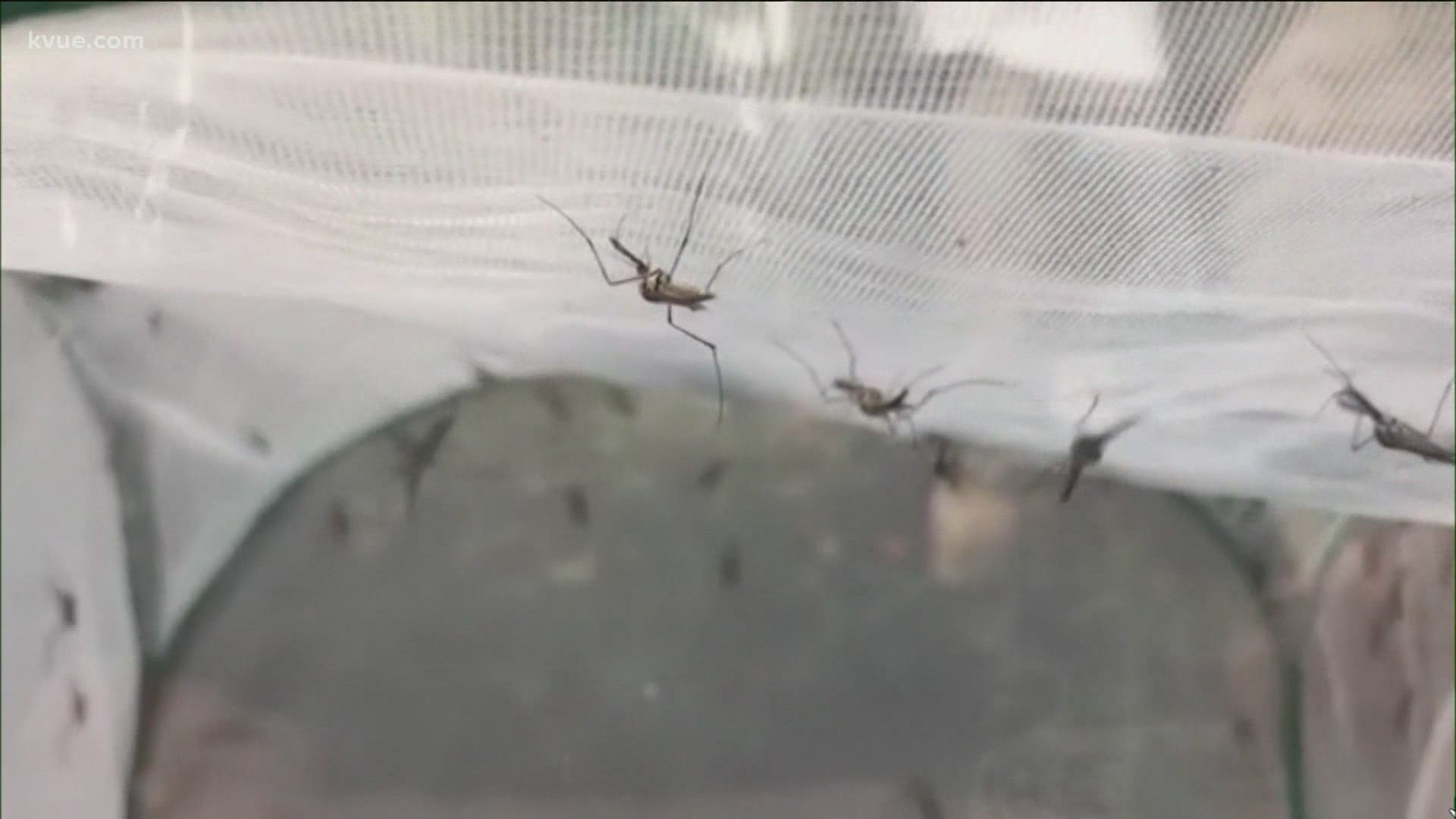 WILLIAMSON COUNTY, Texas — Editor's note: The video above was published in early June.

Last year in 2020, three people in Williamson County were reported to have West Nile virus.

On July 1, the City of Taylor said the mosquitoes that tested positive came from traps in Granger and Taylor. The test results were received on June 20. These are the second and third reported West Nile virus-positive traps of the 2021 season.

The Granger sample was taken from a trap near North Colorado Street, while the other trap in Taylor was near Murphy Park on Veteran's Drive.

Mosquitoes are most active at dusk, so the City of Taylor is coordinating "truck-mounted spraying" ahead of the Fourth of July holiday weekend. The insecticide will be sprayed within a one-mile vicinity of Veteran's Drive on July 2 and July 3. Here's a map that shows where the treatments are planned:

Credit: City of Taylor
The City of Taylor will be spraying an insecticide within a one-mile radius of the Murphy Park area after mosquitoes tested positive for West Nile Virus.

You can prevent mosquitoes by draining standing water in flower pots, pet dishes, or clogged gutters so mosquitoes don’t have a place to breed and treat water that can’t be drained. You can defend yourself against mosquitoes by using an EPA-registered insect repellent, and dressing in long sleeves and pants when outdoors.

Elon Musk, the second-richest man in the world, lives in a $50K tiny home