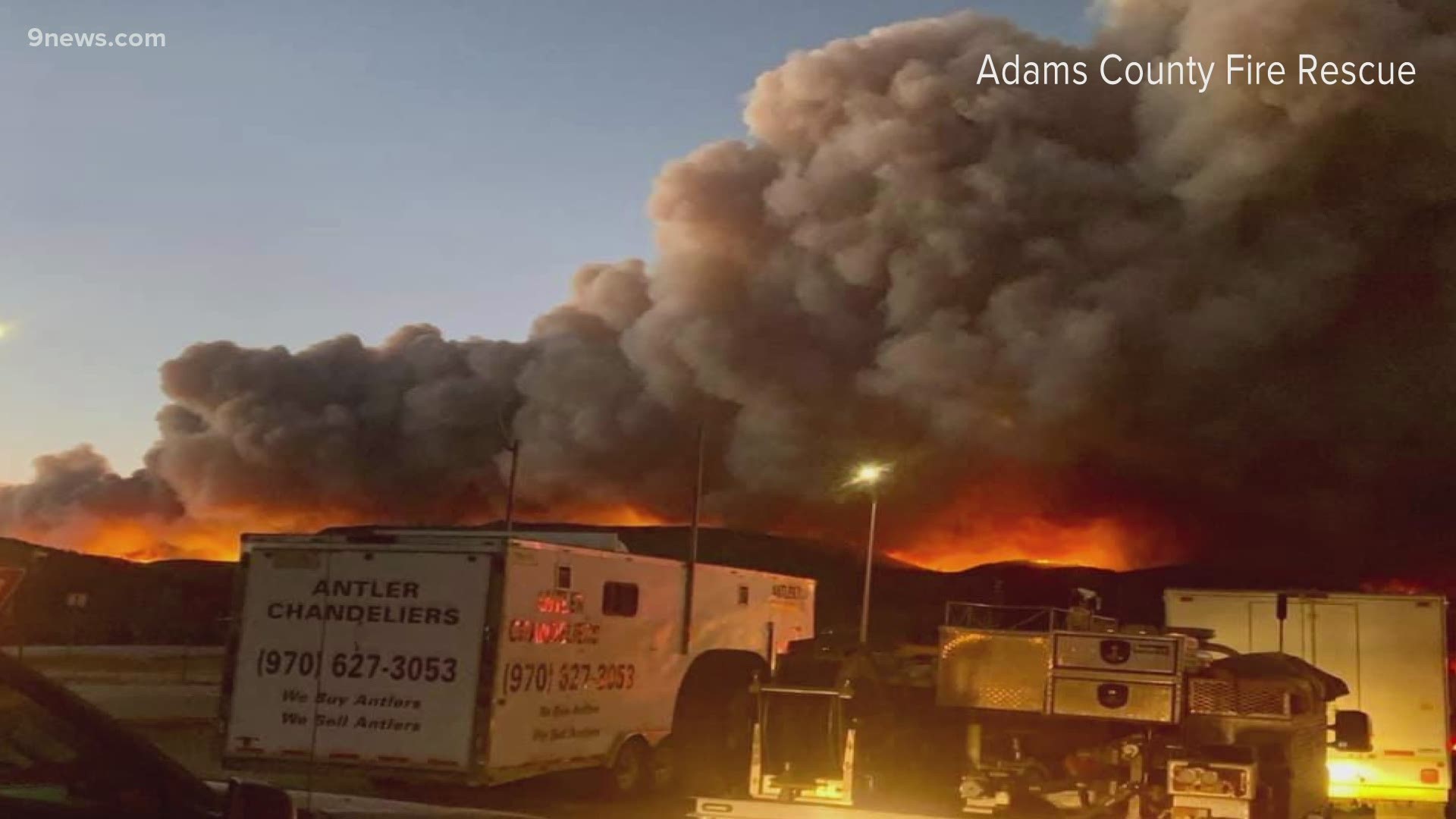 GRAND COUNTY, Colo. — Firefighters called the 6-12 inches of snow that fell on the East Troublesome Fire earlier this week a blessing, but it doesn't mean the crews battling the second largest fire in Colorado's history are out of the woods just yet.

The colder weather conditions have provided a pause in fire activity, allowing crews the opportunity to maintain and prepare their equipment while staging.

Some evacuated residents on both sides of the fire have since been allowed to return home, thanks in part to the cold front that brought subzero temperatures and much-needed moisture to the area.

An estimated 250 structures have been damaged in the East Troublesome Fire, fire officials said Thursday. Crews are still assessing damage, but the homes belonging to at least seven fire personnel are complete losses, the Grand Lake Fire Protection District said.

Despite the snow, fire managers are concerned it will only slow and not stop the fire as it melts in the coming days.

"It may be hard to process, it's hard for firefighters at times too, but we don't consider this a season-ending event," said Deputy Incident Manager Randy Johnson. "The moisture content in this amount of snow does not equate to enough of precipitation."

On Tuesday, Firefighters identified and started clearing hazard trees that pose a threat to falling along the Highway 34 corridor within Rocky Mountain National Park. In addition, crews completed some mop up near Table Mountain where snowmelt has occurred.

Grand County Sheriff Brett Schroetlin said his team was working to determine how many homes have been lost and to notify residents. This job has been made difficult by slick and icy roads in the area.

The Grand County Sheriff's Office on Thursday announced a re-entry plan for some Grand County residents who were evacuated due to the East Troublesome Fire.

Starting at 9:20 a.m., certain areas on the west side of Highway 34 north into the town of Grand Lake reopened. Residents will be allowed to access those areas with the exception of several sections that remain closed as firefighters, law enforcement and utility crews continue their work.

According the sheriff's office, the following traffic control points remain in place, preventing traffic to the west of these intersections:

> Click/tap here to see maps showing which roads are open to residents.

Highway 125 remains closed, but the sheriff's office said it's developing plans for reopening the highway in areas north of Highway 40. Road closures are possible in re-opened areas due to firefighting activity and road conditions.

"There was a period of time during the fire in which your electrical power was lost," the sheriff's office said in a Facebook post. "This will impact food quality and safety in your home. You should make plans to ensure an adequate food supply prior to returning to your home."

The Grand County Sheriff's Office (GCSO) on Monday announced plans for residents to re-enter areas on the east side of Highway 34.

At 2 p.m. Monday, all areas south of the intersection of Highway 34 and County Road 6, east and west on both sides of the highway, including all areas of County Road 6, were reopened, according to a Facebook post. County Road 40 remains closed.

At 4 p.m., areas on the east side of Highway 34, north into the town of Grand Lake, opened just to the north of the Gateway Inn.

Anyone with questions about reopening can call the Grand County Emergency Operations Center at 970-725-3803.

The fire is the second-largest wildfire in Colorado history, and it burned not far from the Cameron Peak Fire, which has burned more than 200,000 acres.

Behind the East Troublesome Fire lines

RELATED: Colorado wildfires: How you can help those impacted