Why clinical trials about cancer are so important in San Antonio 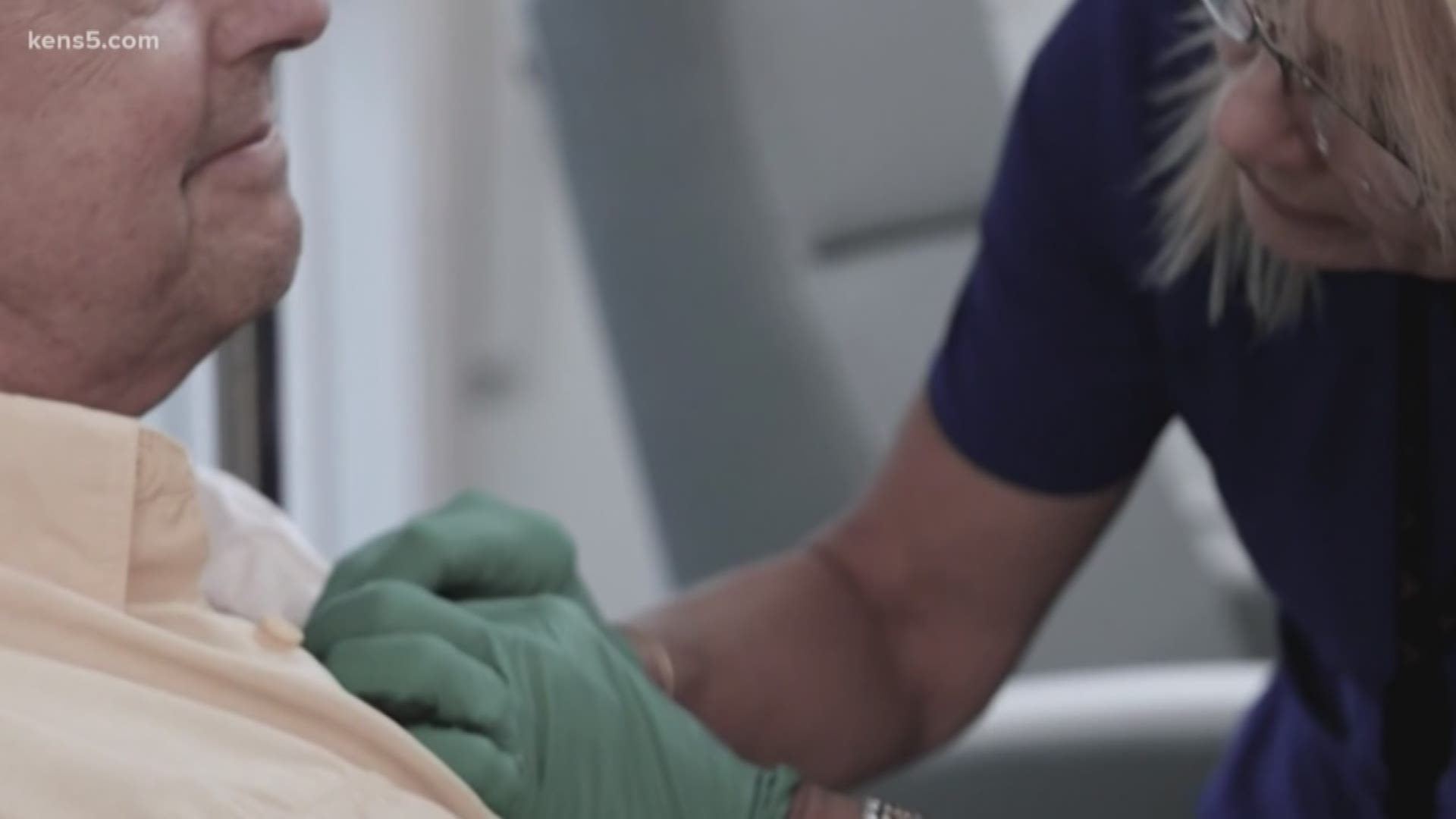 SAN ANTONIO — Whenever a new drug comes on the market it is back by years of testing called clinical trials. Right now the Mays Cancer Center here in San Antonio is conducting over 180 trials, most of which aim to save lives.

"I'm alive today and it was a very aggressive form of cancer," said Elsada Wilson who was diagnosed with breast cancer in late 2018. Wilson added, "The only thing I could think of, it was a death sentence if you have breast cancer."

After diagnosed, Wilson, who is half Panamanian and half Jamaican, was asked to participate in a clinic trial. Minorities are under-represented in most of these trials. "That was for a short time and it was fish oil, where you take fish oil which is very beneficial to help you with your cancer," she said.

"We want to make sure that the drugs that are available reach the greatest number of people, and right now underrepresented minorities including Hispanics African-Americans and others are not well represented," said Dr. Amelie Ramirez, the Chair of Population and Health Sciences and Associate Director for Community Outreach and Engagement for the Mays Cancer Center within UT Health San Antonio.

Over a five year period the CDC found that across the U.S. the rate of new cancers for Hispanic women were 327 for every 100,000 people, but for men that number was 354 for every 100,000 people. Those numbers expected to explode by the year 2030, more than doubling with a 142 percent jump in new cases. That's why clinical trials in San Antonio where the population is 64 percent Hispanic is so important. Dr. Ramirez added, "The Hispanic population is growing exponentially and by 2051. One of every three individuals will be Latinos so it’s really critical that we understand the issues that are facing our population."

Dr. Ramirez stresses you never get a placebo, it is always the standard treatment plus the new tested form of treatment to see if it's effective and they're always safe. Wilson says doing these trials is a no-brainer. Wilson told us, "If I'm going to help somebody being cured I want to be part of that group."

To find out more about clinical trials at the Mays Cancer Center click here: https://www.uthscsa.edu/patient-care/cancer-center/clinical-trials

The Mays Cancer Center and the Institute for  Health Promotion Research at UT Health San Antonio are hosting the second  international conference called Advancing the Science of Cancer in Latinos late this month. For more about the conference click here: http://cme.uthscsa.edu/advancingsciencecancerlatinos.asp