Where are the hundreds of Congolese migrants now?

In total San Antonio saw more than 230 African migrants in the last week. The city had to open up an additional shelter at the Frank Garrett Center. 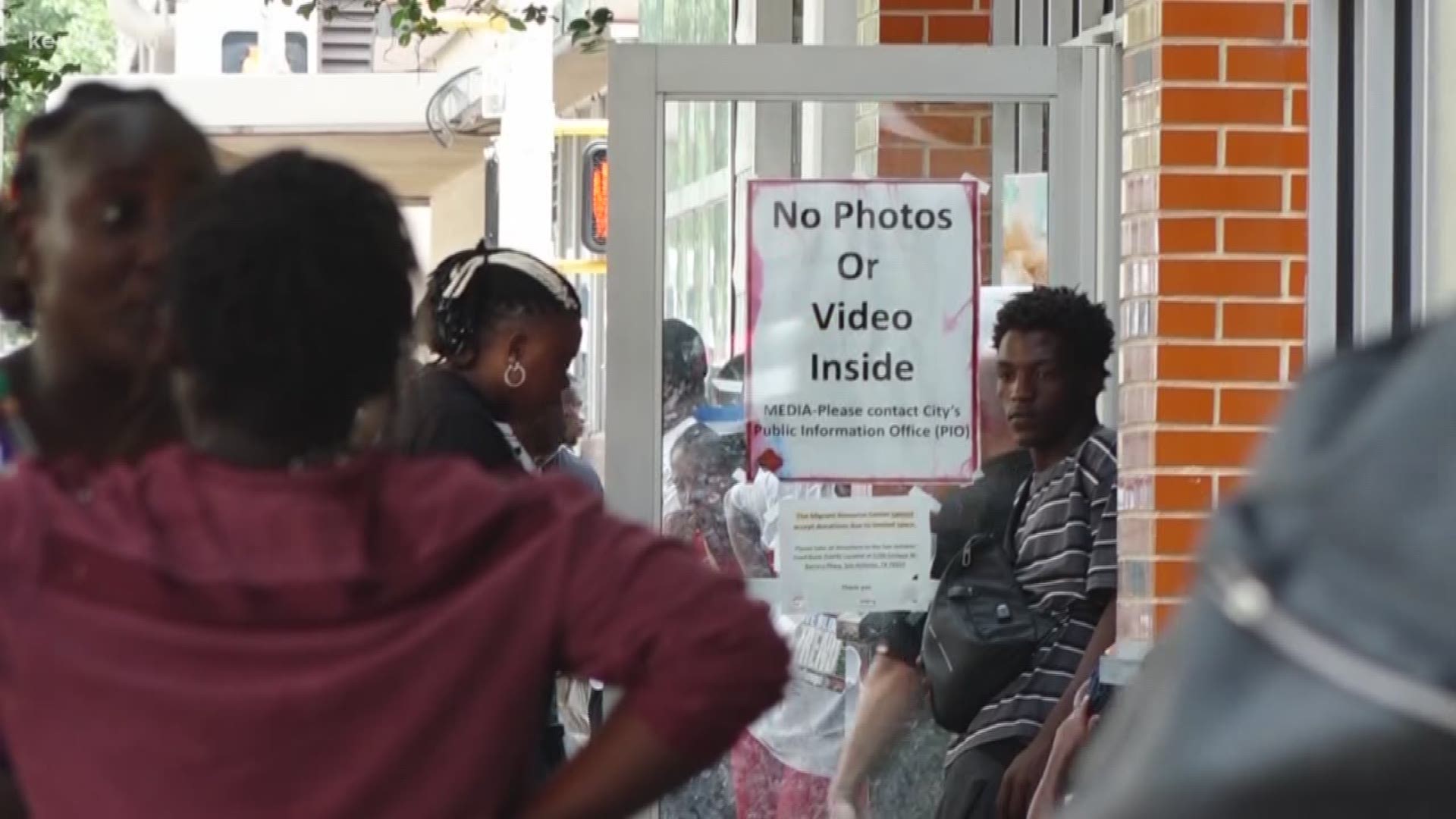 The hundreds of Congolese migrants who sent the city into a scramble will soon be leaving San Antonio.

Last week KENS 5 first reported a surge of migrants from the Congo and Angola arrived at the city's migrant resource center. The individuals arrived in San Antonio after being apprehended and processed at the southwest border.

Since then, city leaders tell us they have been working diligently to find sponsorships in other cities for the hundreds of asylum seekers.

In total San Antonio saw more than 230 African migrants in the last week. The city had to open up an additional shelter at the Frank Garrett Center. They were also using the San Fernando gym as a facility to support the influx.

No one from the city would go on camera on Monday but a representative told KENS 5 they sheltered a total of 305 asylum seekers on Sunday night and expected to house a fraction of that in the coming days, as many of the Congolese migrants found sponsorships and would be leaving town.

The city released the following statement to KENS 5 on Monday afternoon:

“The City and its partners sheltered approximately 230 asylum seekers from the Democratic Republic of Congo and Angola last week. They are scheduled to depart to various host cities throughout the United States by tomorrow at the latest. The City, in partnership with Catholic Charities, the Food Bank and the Interfaith Welcome Committee continue to operate the resource center and shelter downtown and have served more than 14,000 migrants since March 30.”

But that doesn't mean the work is done.

Migrants, no matter their race, are still arriving in San Antonio and organizations like Catholic Charities are still helping fund their journey.

"We're looking at roughly $14,000 a week on bus tickets alone," Christina Higgs of Catholic Charities of San Antonio told KENS 5. Higgs said the non-profit organization asked the United States Conference of Catholic Bishop for additional funding as they continue to provide resources during this migrant influx.

"We've been asked several times if we're worried if the money will run out and we are," Higgs said. "But this is really the only way for us to go. To have these funds earmarked for asylum seekers and to help them in this transition period and get them where they ultimately need to be."