What you need to know | Search for Braxton & Bri'ya Williams

JSO said it is searching for the driver of a white four-door vehicle playing loud children's music. 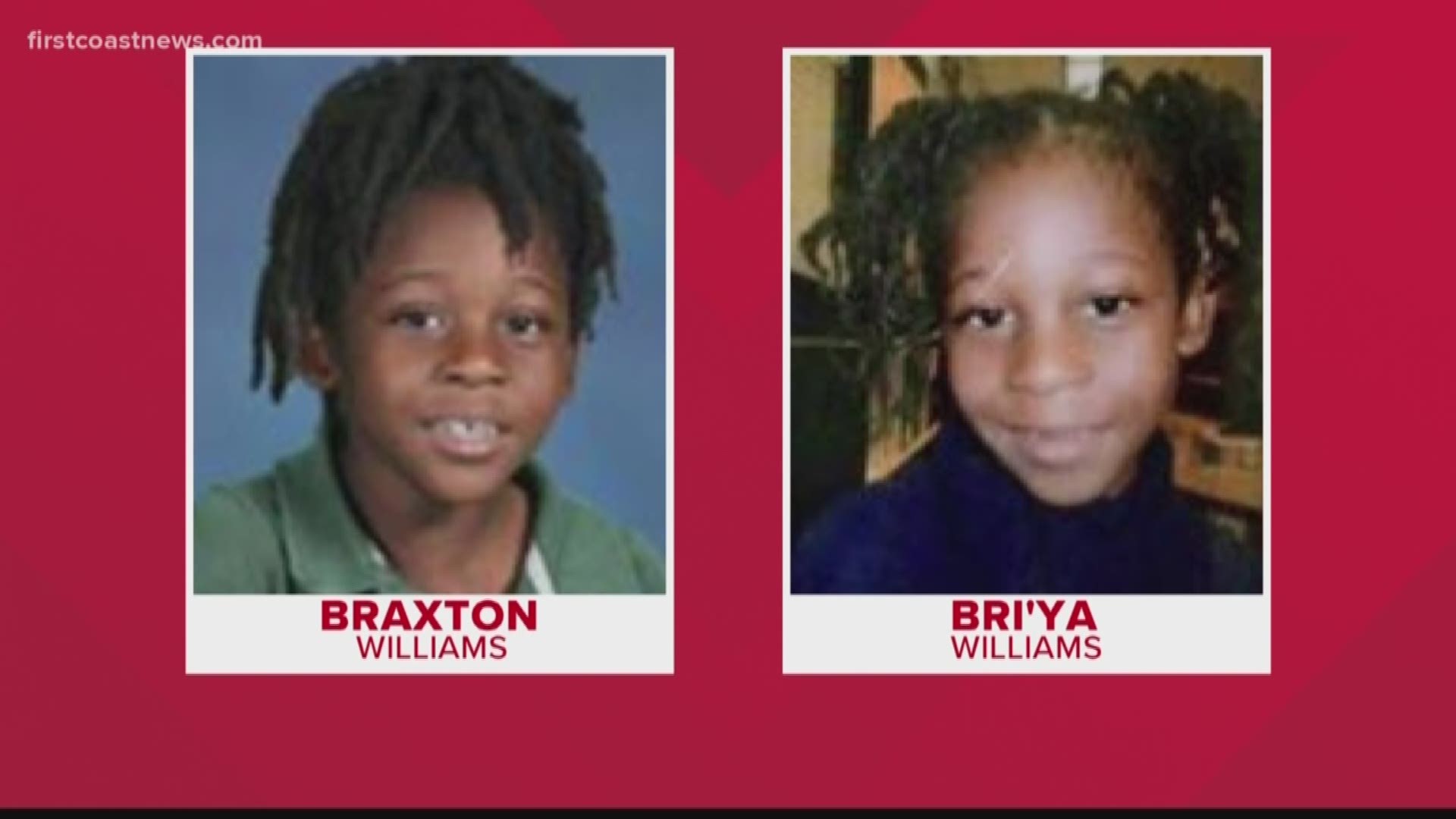 UPDATE: Braxton Williams and Bri'ya Williams have been found safe.

The two were last seen playing in the front yard of their home in the 10200 block of W. Beaver Street around 11:30 a.m. on Sunday. They were reported missing around 1:30 p.m. after family tried searching for them. Shortly after, an AMBER Alert was issued by the Florida Department of Law Enforcement.

RELATED: 'They could be anywhere...' JSO continues to search for missing 5-year-old girl, 6-year-old boy last seen on the Westside

Here's what you need to know today:

During a news conference at 11:30 a.m. Tuesday, the Jacksonville Sheriff's Office announced that they are looking for the driver of a white four-door vehicle that plays loud children's music.

"What we're hoping for is someone seen [it] somewhere else," said T.K. Waters, the chief of investigations. "[We] don't know the connection yet."

There is no formal community search effort at this time

The Jacksonville Sheriff's Office told First Coast News that they do not need volunteers to assist with the search for Braxton and Bri'ya Williams at this time.

Volunteers - even from hours away from Jacksonville - are showing up at one of its staging area at Whitehouse Baptist Church, 24 Celery Ave. North, JSO said.

JSO told First Coast News it's not sure how the public got that information, but requests volunteers hold off for now.

"JSO appreciates the community's desire to help in the search for these children, however, we are not organizing formal community search efforts at this time," according to a tweet.

Instead, during a news conference Monday, Sheriff Mike Williams requested people who live in the area to check surveillance video and search surrounding properties.

Here's how you can help:

JSO Sheriff: Both parents were home when children went missing

During a news conference Monday, Mike Williams said both parents were home at the time the children went missing.

"The family has been and remains cooperative," he said. "... There's no indication as of yet of anybody involved or close to the children are involved."

In the police report released Monday, the children's father, Bryan Williams, told police he was setting up for a bar-b-cue and that he was outside with the children. He said he noticed his two children weren't with him around noon.

The sheriff said as of right now, there is no person of interest.

Officers showed up Tuesday at JSO's staging areas to continue their extensive search for Braxton and Bri'ya Williams.

On Monday, Sheriff Williams announced more than 100 officers were searching near the area where the children were last seen, including a wooded area north of their home.

"They are 5 and 6, if they did walk away, think about that," he said. "Anything in the area that attracted children to play ... anything you can think of, we at least touched it once."

He said they're searching retention ponds, using sonar and drones, as well as looking into vehicles.