According to Vector Control, the infected mosquito was detected in a mosquito pool located in the 400 block of Bartlett Drive. 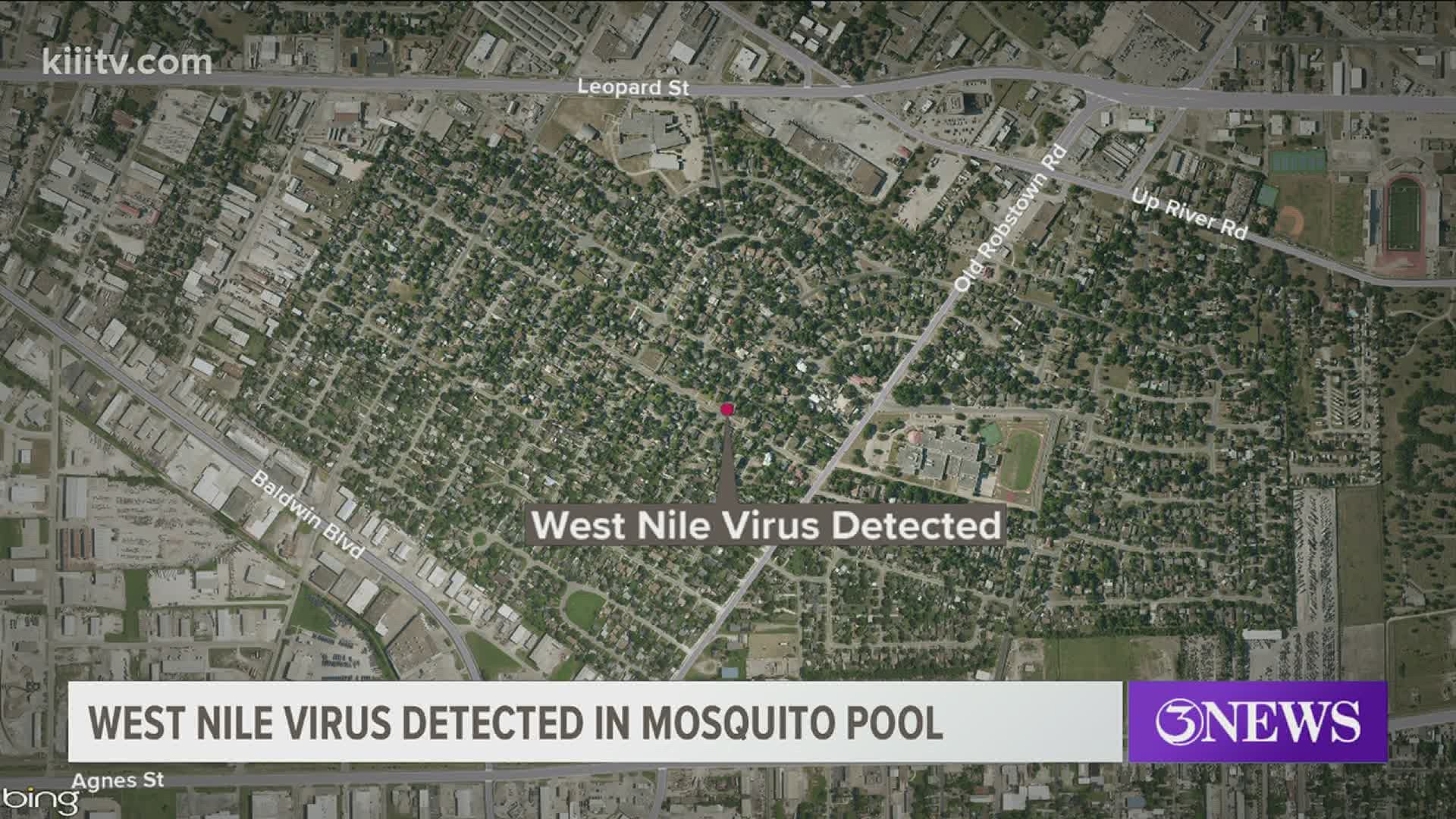 According to Vector Control, the infected mosquito was detected in a mosquito pool located in the 400 block of Bartlett Drive.

West Nile is a viral disease spread to humans via bites from infected mosquitos. According to the City of Corpus Christi, there have been no reported human cases in Nueces County so far this year. The last positive human case of West Nile virus in Nueces County was reported by the Department of State Health Services in 2020.

Infected individuals with West Nile virus may experience fever, headache, body aches, and occasionally a skin rash on the trunk of the body and swollen lymph glands. Severe symptoms of West Nile Virus infection may affect the brain spinal cord.

The mosquito was trapped by the Corpus Christi Vector Control Program which has traps placed throughout the city to monitor the mosquito population. As a result of this positive mosquito pool, the Mosquito Management Response Plan will be implemented and will take the following preventative measures:

Vector Control is reminding the public to keep themselves safe and help them by taking care of their property. Remember the 5 D’s of Defense:

DEET – Use insect repellent containing DEET.
DRESS – Dress in long sleeves and pants when you’re outside.
DAWN, DAYTIME, and DUSK – Dawn, Daytime, and Dusk are the times of day when mosquitoes are most active. Avoid being outside during these times of day to prevent bites.
DRAIN – Regularly drain standing water, including water that collects in empty cans, tires, buckets, clogged rain gutters, and saucers under potted plants. Mosquitoes breed in stagnant water.
DOCTOR – Consult your physician if you feel sick after being bitten.

Please call 361-826-2489 if you wish to report abandoned property or high grass or standing water.