Wear The Gown: Catching diabetes before it happens

Early intervention is key to a disease that can be fatal. 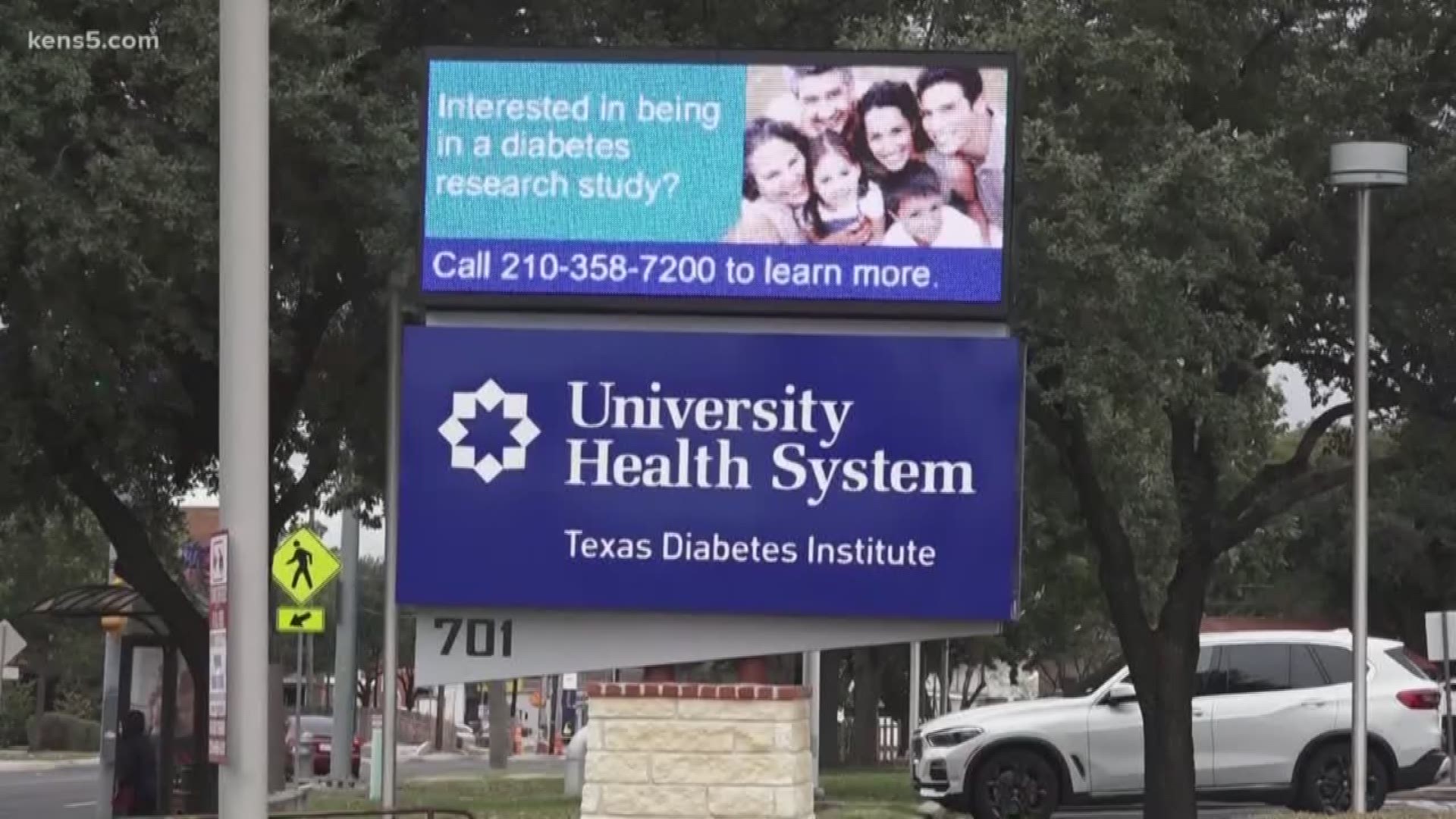 SAN ANTONIO — The number of adults and even children contracting diabetes in Bexar County keeps rising. The disease can result in many health problems including blindness and even death.

There are two major types of diabetes. With type-1 diabetes the body isn't able to make enough insulin on it's own and it can't be prevented, but with type-2 the body has enough insulin but doesn't know how to use it properly and most cases can be prevented.

"It is very important to control diabetes because diabetes control is one of the most important aspects of early intervention to prevent complications," said Dr. Alberto Chavez, an endocrinologist at the Texas Diabetes Institute within the University Health System. He says the complications from diabetes can affect the entire body. He told us, "Diabetes affects almost every organ in the body, so controlling the blood glucose levels early before these complications happen is critical."

Some of the risk factors for type-2 diabetes include obesity or being overweight, your ethnic background with more Hispanics and African Americans at a higher risk, having a sedentary lifestyle, impaired glucose tolerance, and a family history of the disease. Dr Chavez said, "If these conditions add up and people gain weight progressively, then from being a normal glucose tolerant kind of person, they progress to prediabetic, and then from prediabetic state a lot of these patients will become diabetic."

RELATED: Wear The Gown: The risk of breast cancer in the transgender community

RELATED: The most fast-acting insulin on the market is an unorthodox option

An even larger number are prediabetic, which is why catching it early is key. Dr. Chavez told us, "Ones who are prediabetic we have to diagnose them early so they don't progress to the full blown disease."

This Saturday from 11am until 1pm the Texas Diabetes Institute celebrates it's 20th anniversary with a health celebration. They will have flu shots, free health screenings, and fun fit activities for kids and adults. For more information, click here.