19-year-old Elijah Bertrand's attorney says his family will likely not be able to post the bond. He is due back in court on January 6. 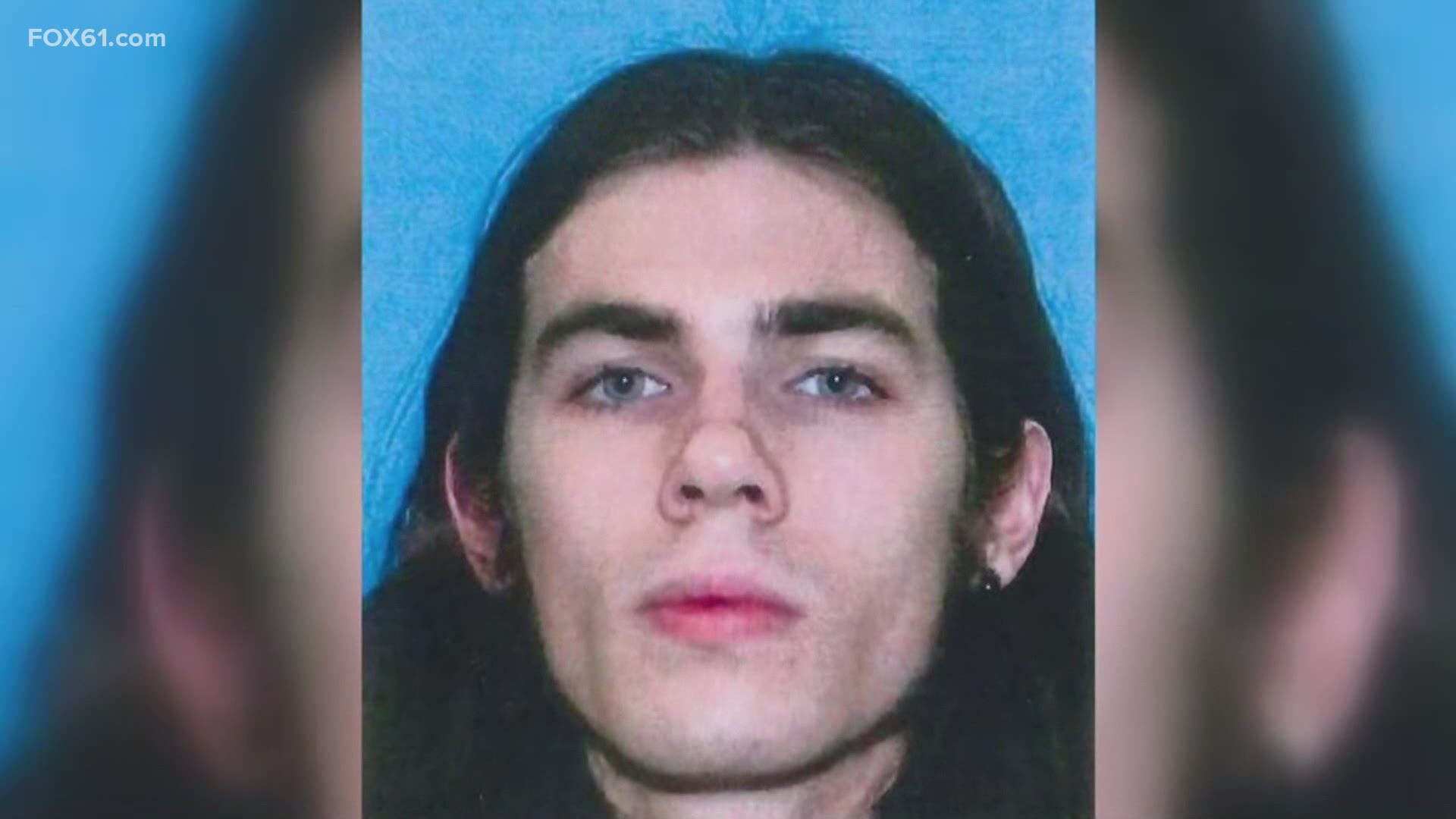 WATERTOWN, Conn. — State and local police arrested 19-year-old Elijah David Bertrand in connection with the homicide of his UPS co-worker.

On Thursday, he was arraigned in Waterbury. The victim's family was present, along with a large support group.

The state asked for Bertrand's bond to be raised from $2 million to $3 million due to the horrendous nature of the attack.

CT State police said they were called to the area of Route 8 northbound in Watertown by exit 37 on the report of a crash involving a UPS shipping truck around 10:30 PM Tuesday.

When troopers arrived on the scene, they found the driver of the truck slumped over the steering wheel with a bloody folding knife confirmed to be that of Bertrand's.

The victim was later identified as 28-year-old Nathan Burk of Waterbury.

Police say Bertrand was riding with Burk as his delivery helper at the time of the attack before fleeing the area on foot.

Police reported the driver had been "assaulted" and he was taken to a nearby hospital where he later died.

"The state alleges that the defendant stabbed the victim eight times and left the victim bloodied the victim later died of his wounds," State’s Attorney Maureen Platt said.

According to State Police, Burk and Bertrand had just left Burk’s house where his girlfriend made dinner before Burk drove Bertrand home.

911 calls started coming in to police shortly after they left. At this time it's unknown what prompted the assault.

Plymouth Police said around 2 PM Wednesday, they received information Bertrand was possibly at the Valero Gas Station on Main Street. Police arrived at the gas station and found Bertrand inside the building. He was taken into custody without incident.

The flight risk is partly why the state requested Bertrand's bond be raised - from a public safety standpoint.

However, his defense attorney said his ties to the area make him a low flight risk.

"He has been school in the Avon school system. He graduated from Coventry high school," Atty. Robert Pickering said. "He’s been a lifelong resident. I don’t believe he is a any danger of flight."

According to Pickering, Bertrand's family will likely not be able to gather the funds. They left the court and declined to comment.

Bertrand is due back in court January 6. 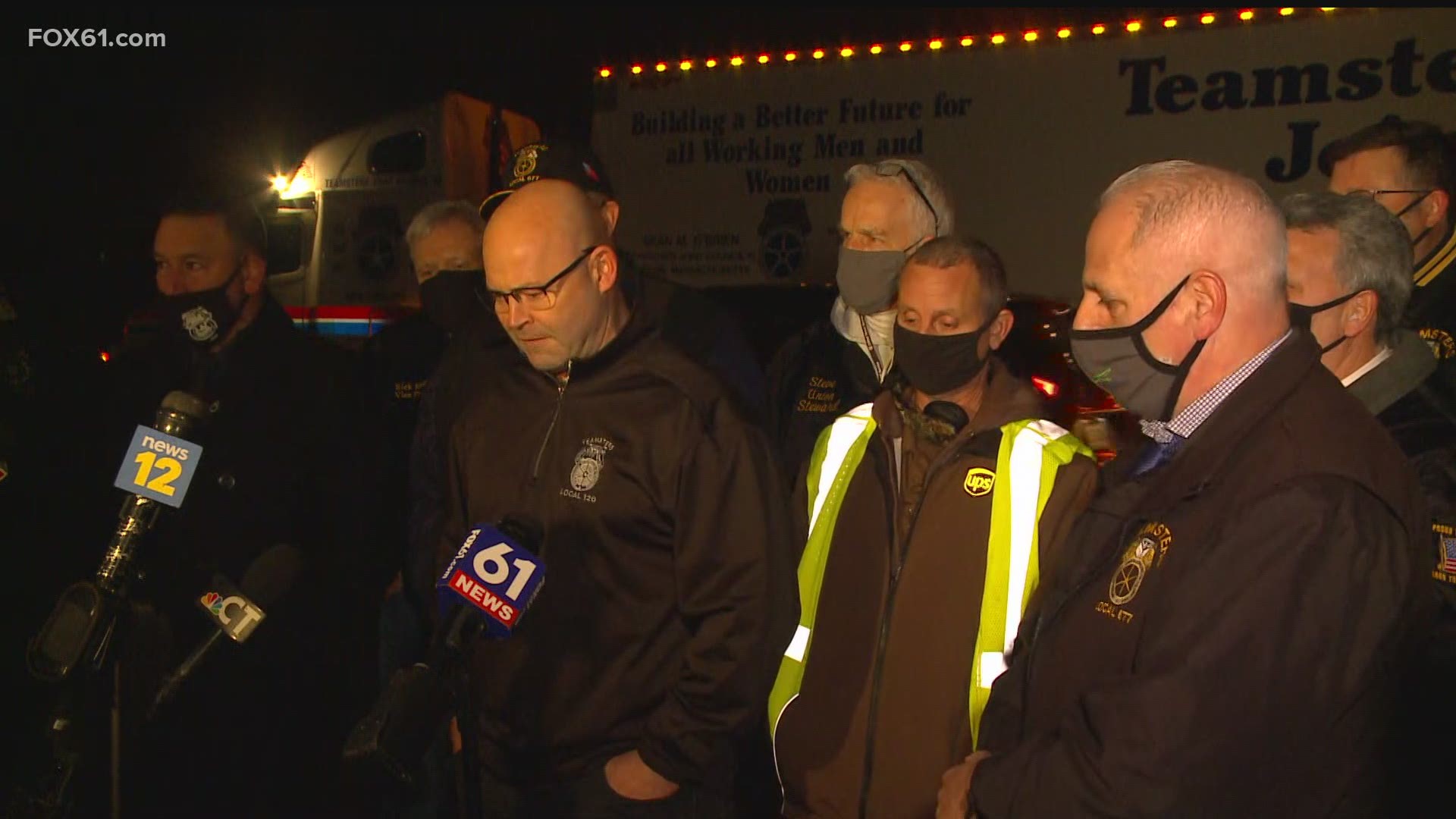 We are deeply saddened by the loss of our colleague, and are cooperating with the investigation. Any additional information will need to be provided by local authorities.

The Teamsters Joint Council 10 posted on their Facebook page Wednesday, saying they will be headed to the Waterbury UPS facility to honor Burk. They also set up a fund to pay for family support and funeral expenses.

Update: On Monday, through a statement, the Burk family expressed their gratitude for the support they have received from the community.

"The Family of Nathan Daniel Burk would like to express their gratitude for the outpouring of love and support that has come from the community and all well-wishers throughout this tragedy. We further ask that any speculation about this matter be tempered, so that the proper authorities can accomplish their work. Any and all statements will be released through The Kaloidis Law Firm."