Video: Fight breaks out on busy street after Round Rock road rage incident

The men are seen throwing punches before leaving the scene. 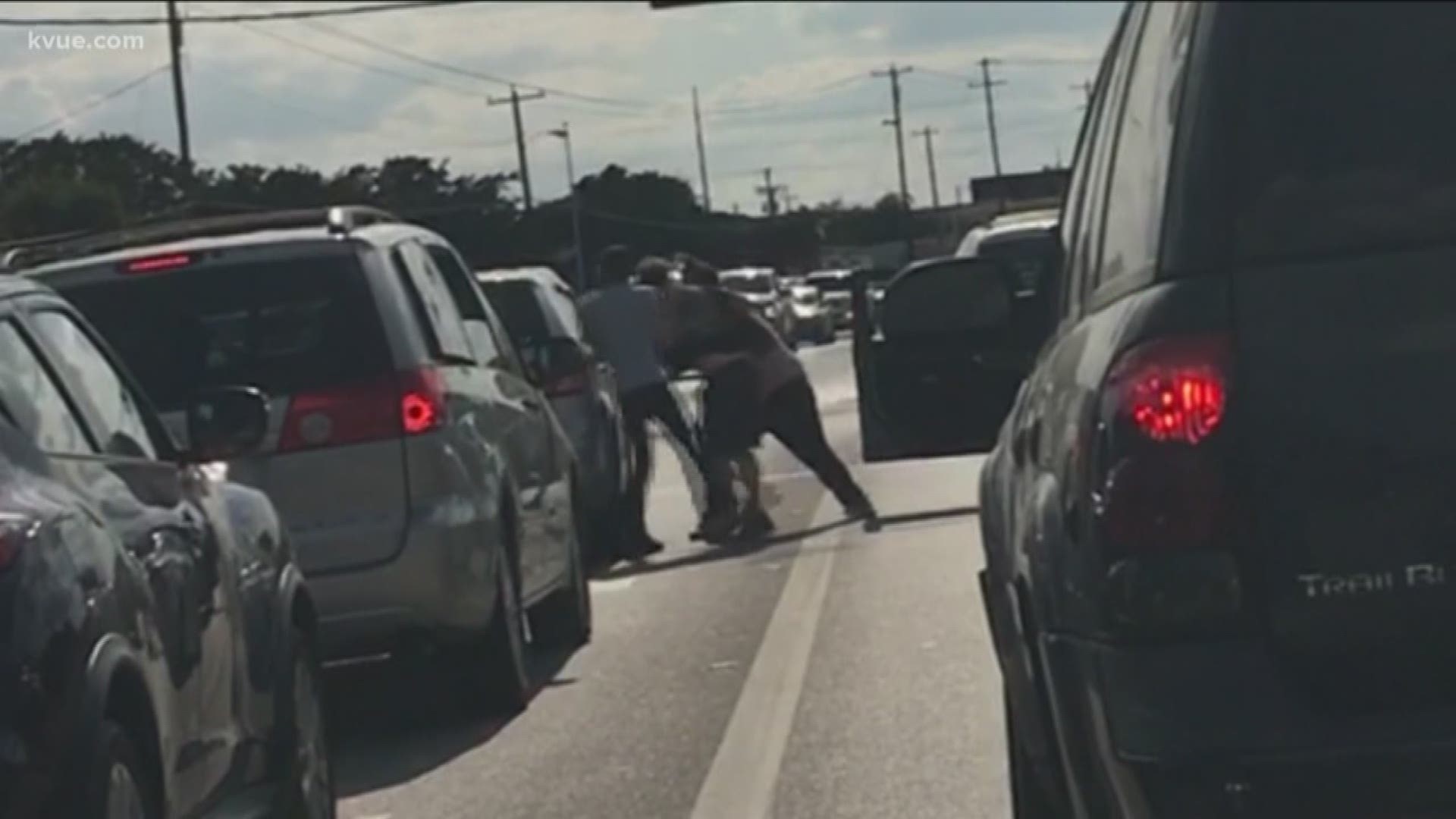 ROUND ROCK, Texas — A road rage incident stopped traffic and concerned drivers during rush hour on Tuesday right outside of Round Rock High School.

Jake Henson was on his way home from work on RM 620 and caught the altercation on his iPhone.

"I know traffic here in Austin is not the best," said Henson. "But I don't think it's necessarily going to change any time soon, so there's not really any point in getting out of your car and fighting about it."

He said on Tuesday he noticed a man get out of his car at the light on North Lake Creek Drive. In Henson's video, it shows a group of three men throwing punches and Henson said the man in the red shirt started the fight.

"I think he's the one that got cut off," he said. "He was mad about something and he got out right here at the turn lane and immediately went up to the other car, hit it, was like pointing at them and then they got out and just started going at it."

Most road rage incidents in Austin this year have involved guns, police say

At one point in the video, you can see a dog jumping out of the car on the right before his owner brings him back moments later.

"Someone could have hit their dog. I mean, just all kinds of terrible things could have happened," said Henson.

According to the American Automobile Association, these fights aren't as common as we think. Triple A reports that only 4% of drivers actually get out of their cars to confront another driver.

Aggressive Driving
Manage your behavior, manage your responses You will see other drivers doing things that are illegal, inconsiderate and even incomprehensible. Don't respond personally. Most drivers are not thinking about their impact on you; they are just rushed, distracted or upset. Follow the rules of the road: Maintain adequate following distance.
Aaa

Most people tend to tailgate, yell, or honk to show their anger.

Henson said the men broke up the fight when a bystander stepped in and started yelling at them. Round Rock police responded to this incident but, by the time they got there, everyone had left.

Regardless of who does what, Henson said drivers need to think more carefully about their actions.

"At the end of the day, you just want to make it home and it's not worth getting out of your car and possibly losing your life over something dumb," said Henson.