Guillen's remains were found at the end of June. Her supporters want a congressional investigation into Guillen's case. 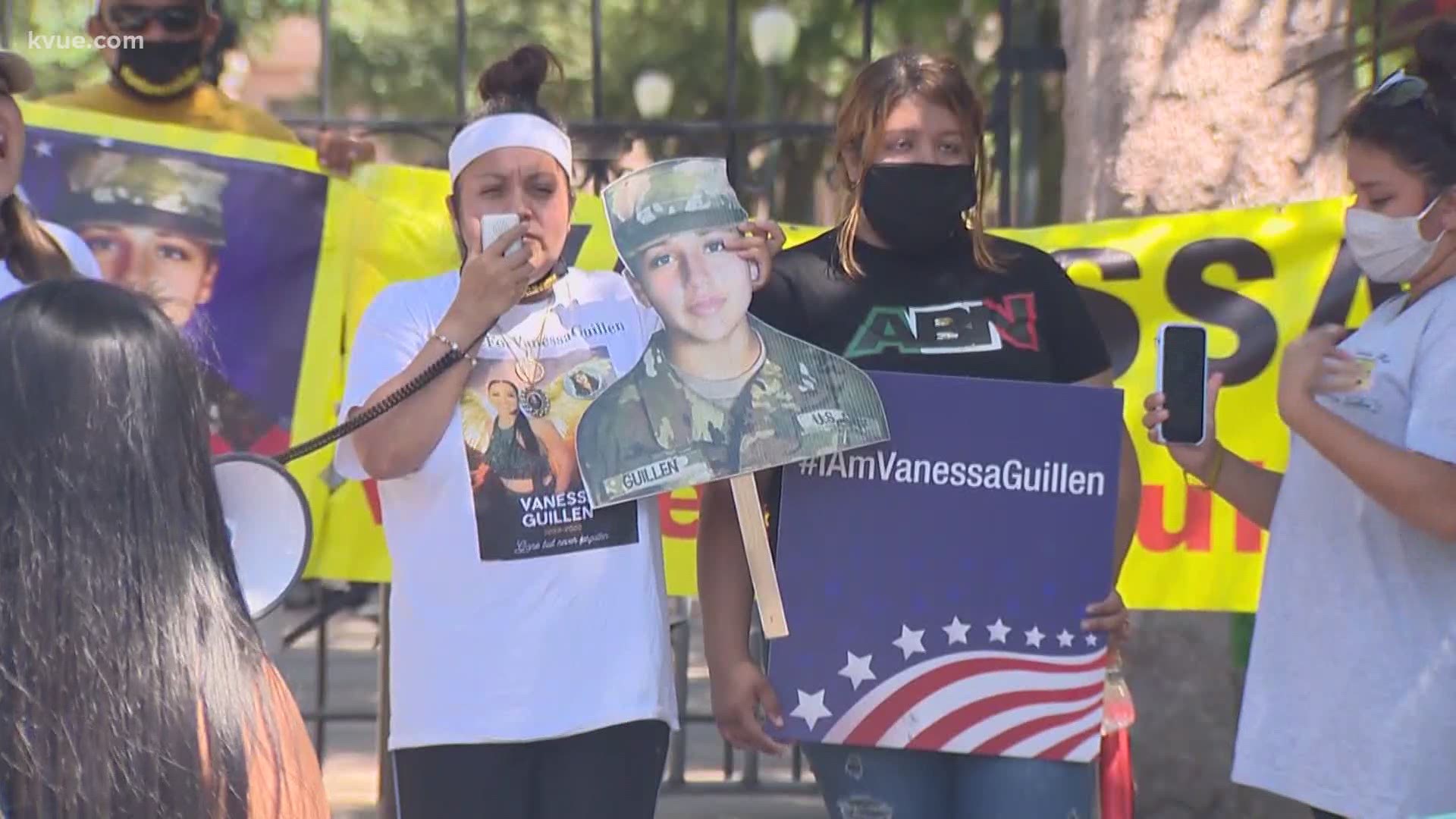 AUSTIN, Texas — Marchers took to the streets of Downtown Austin on Labor Day to participate in a march for justice for Vanessa Guillen, a Fort Hood soldier whose remains were found back in June.

The fallen soldier went missing on April 22, and after more than a month of searching, her remains were found on June 30 near the Leon River. Two suspects were identified in connection to this case.

Spc. Aaron David Robinson, 20, was named as a suspect, but he killed himself as officers moved in to arrest him. The other suspect has been identified as Cecily Aguilar.

Among those protesters in Downtown Austin is Guillen's mother, who wants a congressional investigation into Guillen's case.

Before Guillen went missing, the soldier reported sexual harassment to her family, friends and colleagues, according to her family. Robinson allegedly watched Guillen as she showered at the base.

This isn't the first Austin march for Guillen. In July, Austinites gathered in East Austin to remember the soldier during a vigil.

Guillen's sister delivered an emotional speech at the Texas Capitol regarding her sibling, claiming there is a lot more to be investigated about her sister's death. She demanded a congressional investigation into the case because she believes Fort Hood is attempting to cover up details about the case.

The Army has named two new commanding generals in response to the case. One of them will lead an "in-depth investigation" into what led up to Guillen's death. Five civilian members of a committee have also been tapped to conduct an independent review of Fort Hood. They arrived on Aug. 31 to examine climate and culture at the base and to determine whether it reflects the Army’s commitment to safety, respect, inclusiveness, diversity and freedom from sexual harassment.