This Independence Day week, UT Health San Antonio is announcing two major initiatives that will help both veterans and their caregivers get counseling and other services they may need. 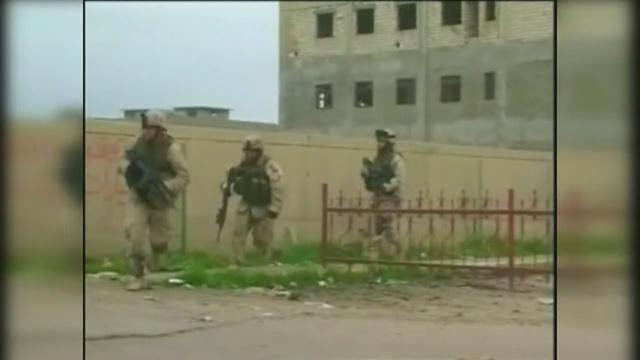 This Independence Day week, UT Health San Antonio is announcing two major initiatives that will help both veterans and their caregivers get counseling and other services they may need.

According to some studies, up to 15 percent of service members who return from deployments to Iraq or Afghanistan are diagnosed with some form of Post Traumatic Stress Disorder.

PTSD has affected hundreds of thousands of veterans since 9/11. All too often, these veterans aren't able to get the help they need simply because they don't have access to military-trained providers, and many civilian psychologists aren't trained in dealing with combat-related PTSD.

"The problem is many of our patients are going to be seen in the civilian setting. To date, there's been very limited programs to train our civilian providers," said Dr. Alan Peterson, director of Strong Star, a nationwide research consortium that looks into PTSD-related issues.

UT Health San Antonio and Strong Star are launching a program that will train 200 civilian mental health providers across Texas who will commit to treat at least five veterans the first year. The program will benefit at least 1000 veterans across the state.

"The majority of veterans that are out there actually probably need to be seen by a civilian provider," said Peterson.

The training initiative is being funded by a grant from the Texas Health and Human Services Commission and a grant from the Bob Woodruff Foundation. If you are a civilian mental health provider interested in getting training to help veterans dealing with PTSD, you can register for the training at www.strongstartraining.org and email training@strongstar.org for more information.

Another group of psychologists from UT Health San Antonio are preparing to embark on their own pilot program for what they call the "hidden heroes" in our military. The program will provide "telehealth" counseling online for twelve weeks to 50 military caregivers across the state.

"These caregivers are juggling the medical and psychiatric needs of our wounded and ill vetearns. They're dealing with a lot of feelings of grief," said Dawn Velligan, a psychologist with UT Health San Antonio.

The pilot program is being funded by USAA. If you are a military caregiver interested in joining the twelve-week program, you can contact Cynthia Sierra at sierrac@uthscsa.edu or call 210 562 5215.