Helotes Police say a van with a family of six onboard crashed into a full-sized pickup truck around 6:30 p.m. Sunday. 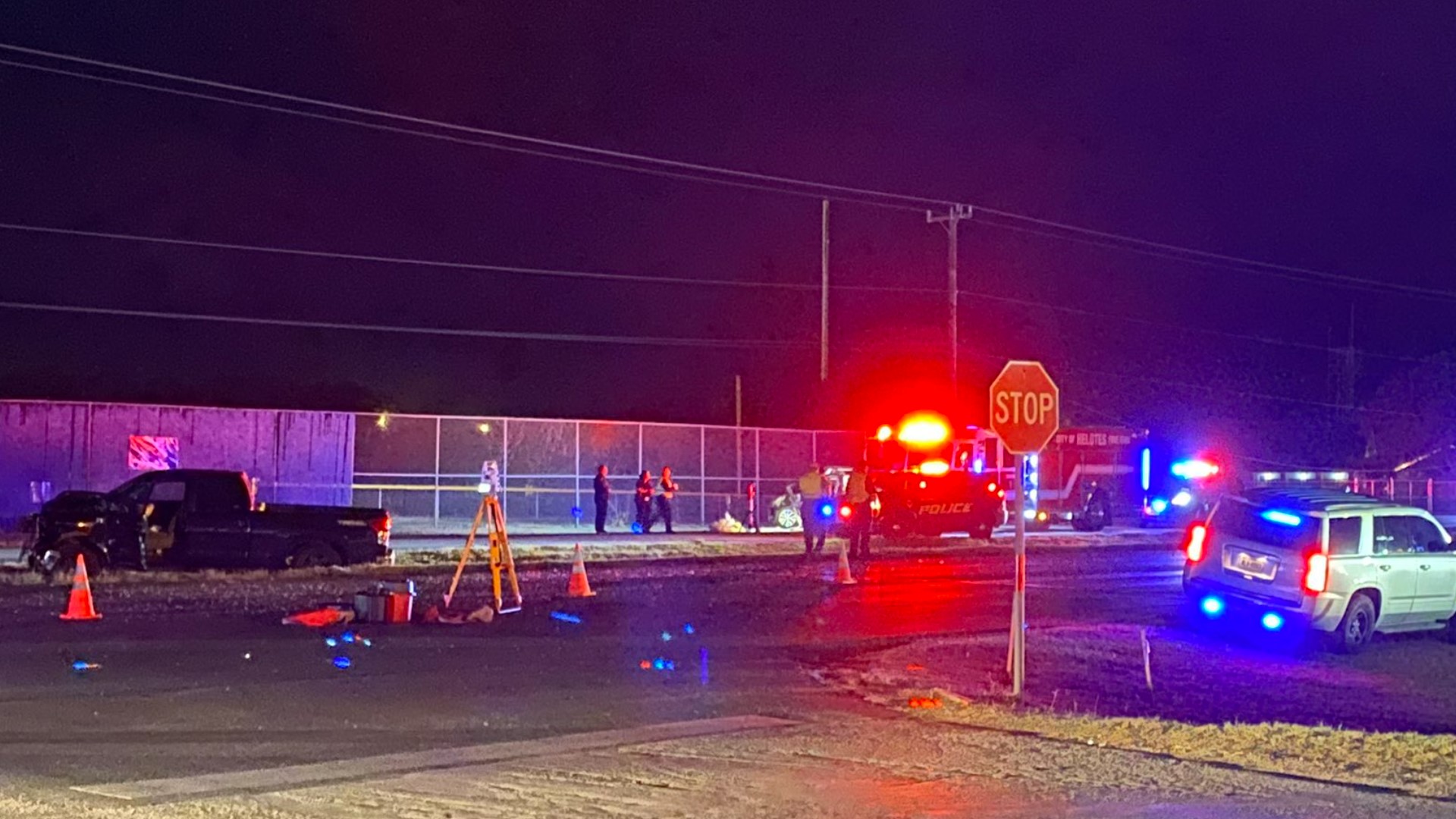 SAN ANTONIO — Two parents are dead and a portion of Bandera Road was closed to traffic as investigators processed a crash site near O'Connor High School.

Helotes Police say a van with a family of six onboard crashed into a full-sized pickup truck around 6:30 p.m. Sunday.

Police say two adults in the van, the parents of four children who were passengers, died.

The four children were all taken to the hospital to be checked out for minor injuries.

Police say the driver of the pickup, a woman in her 20s, also went to University Hospital with minor injuries.

Police say the 12000 block of Bandera Road near Diamond K Trail was closed for several hours while investigators gather evidence in what they are calling a terrible accident.