Scary and shocking moments were caught on camera on a San Antonio highway Monday afternoon after a big rig was seen pushing a car down the road for nearly a mile. 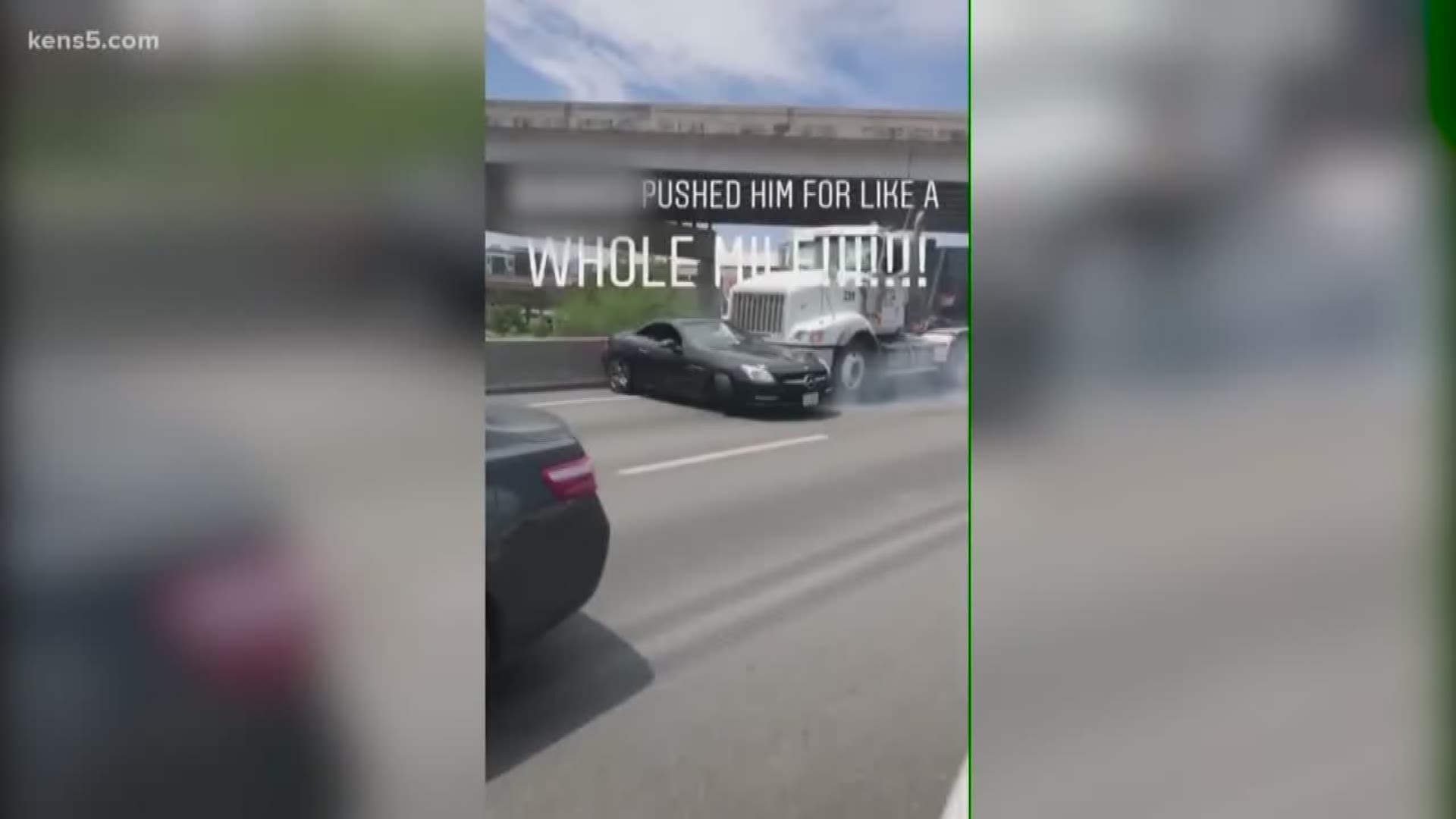 SAN ANTONIO — Adrian Lopez was on his way to work when he saw the entire incident unfold and caught it all on camera.

Lopez said it all happened on I-35 northbound at the 281 exit, near downtown San Antonio.

“The guy in the Mercedes seemed really scared,” Lopez said. “If I was in his position, I don't know what I would have done.”

According to Lopez, the Mercedes cut the 18-wheeler off when getting onto the highway. "They were too close to the 18-wheeler and ended up getting caught in front of it,” he said.

Lopez thinks it was the truck driver's quick thinking that likely prevented a tragedy.

“I think the truck driver made a really good decision. You could tell he looked frustrated, but he kept it under control and he knew what he was doing to make sure no one else got hurt,” he said.

Lopez says the video should serve as a reminder to all drivers.

“Just make sure to respect big rig drivers because they are carrying a lot of weight and they can't just come to a complete stop,” Lopez said. “Make sure to look out for them because sometimes they can't even see you.” 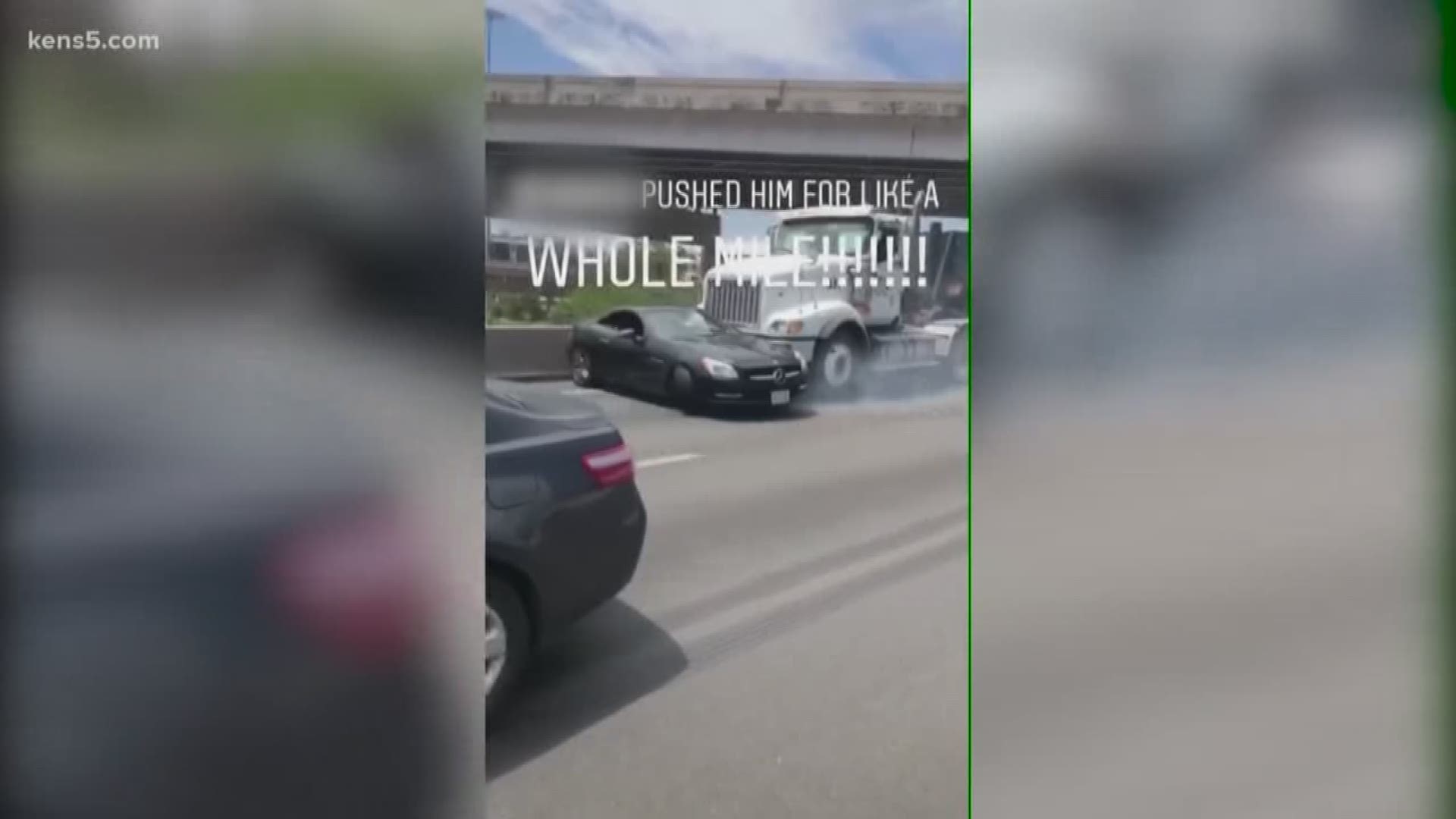 According to police, due to the obvious difference in size, the 18 wheeler did not initially feel the crash and continued driving. A short time later the driver noticed something was wrong and immediately pulled over. There were no indications of any road rage and no intentional acts and the contributing factor was listed as driver inattention.

Police said the driver of the Mercedes sustained minor injuries in the crash and was transported to a nearby hospital.