Citing the chain "failing to protect their LGBT+ employees from discrimination in the workplace," the university's student government filed a formal recommendation to the school's leaders. 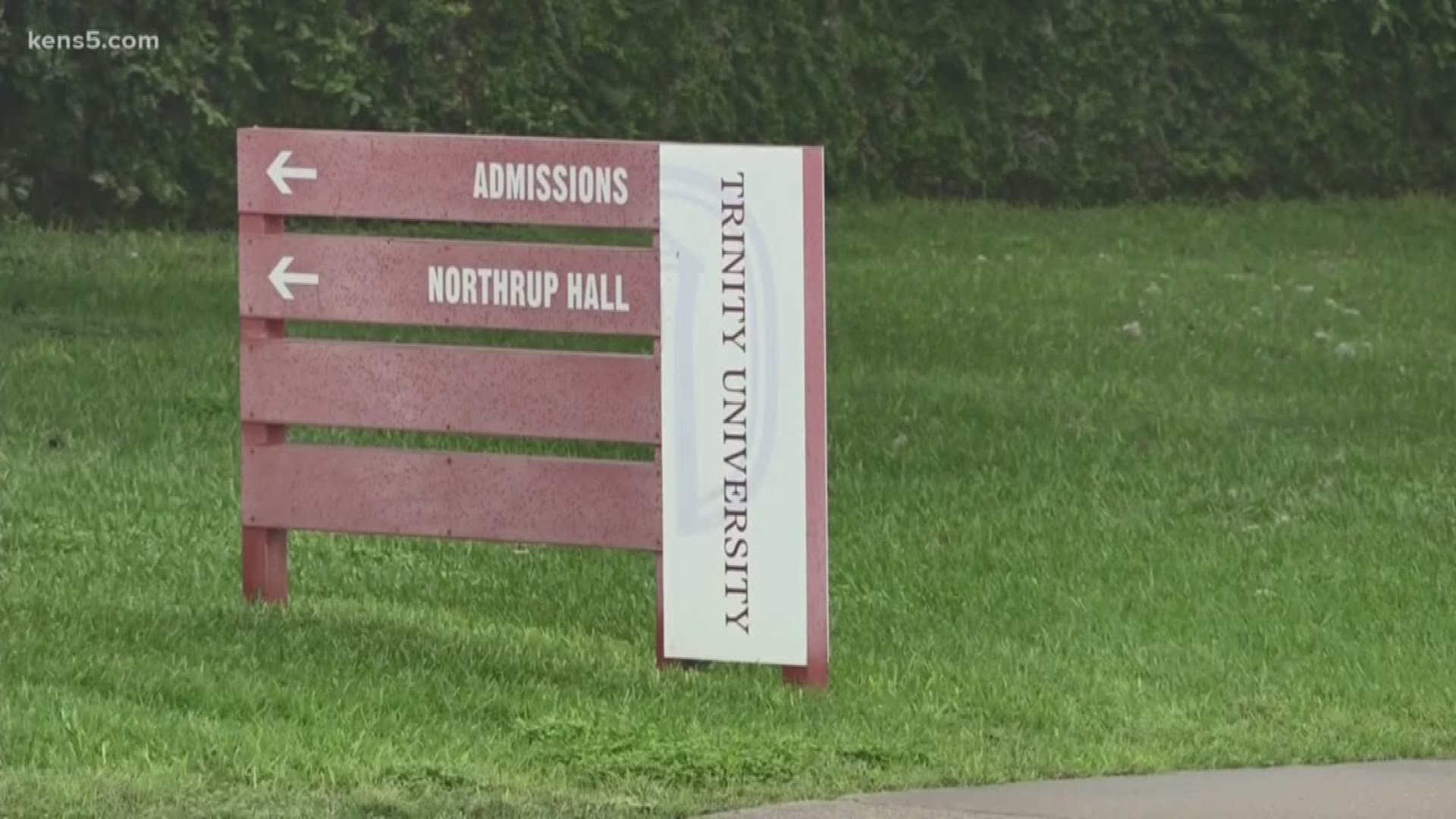 SAN ANTONIO — It's finals week at Trinity University, but amongst some students, there's a more important moral debate at the campus this week.

While there's no physical Chick-fil-A location on-campus, the restaurant chain is part of a program that brings food from a rotating cast of restaurants to the school. Chick-fil-A comes every couple of weeks through the Revolve program.

Some students believe it shouldn't be an option at all.

In a letter sent by the Student Government Association to university administrators, the SGA formally recommended Chick-fil-A's removal from the Revolve rotation. The students cited Chick-fil-A's past donations to anti-LGBT+ organizations, as well as the 0 the restaurant earned from the Human Right's Commission for "failing to protect their LGBT+ employees from discrimination in the workplace."

"Trinity is a university that emphasizes its commitment to diversity and inclusion," the letter continues. "Having Chick-fil-A in the rotation at Revolve conflicts with those values."

The fast-food chain has been a hot topic at Trinity since the San Antonio City Council voted to remove Chick-fil-A from the city's airport plans. Following the council's decision, the university held a forum in which students voiced their disapproval with the restaurant's inclusion on-campus.

Students involved with Trinity's Pride organization, Diversity and Inclusion Office, and the student government wrote the letter sent this week.

The university says their food service vendor will take the recommendation into consideration when choosing which vendors will be on campus in the fall.

In the meantime, students are stuck playing the waiting game as the semester comes to a close.

Councliman Robert Trevino released a statement commending the Trinity students for voting with their conscience and taking a stand for social justice.

Read the full letter from students to the university here.

"It's our tradition and responsibility to foster open, free dialogue about issues of importance to our students. The University's food service vendor is taking the student government's recommendation into consideration as part of a process this summer in which their contracts with revolving food service vendors are evaluated for the next school year."

To whom it may concern,

I am writing to ask that Chick-Fil-A be removed from Aramark’s Revolve feature in the Commons indefinitely due to the release of the company’s tax records indicating $1.8 million of donations to anti-LGBT+ organizations. Additionally, the company has earned a 0 on the Human Rights Campaign Corporate Equality Index for not protecting LGBT+ employees from discrimination. The company has already begun receiving monetary backlash. Earlier this month, the San Antonio City Council voted not to renew the City’s contract with the organization-- removing Chick-Fil-A from the San Antonio Airport after the records surfaced. San Antonio is home to one of the largest, most diverse queer communities in the country.

We have a thriving queer community on campus. In recent years, we, as a community, have been making strides towards diversity and having more of these important conversations about what we value here. Allyship and the process of dismantling institutionalized homophobia begins with the institution making active choices to protect LGBT students. We believe that Trinity University, by bringing this company on campus, is making a statement about the place we hold in our community. By inviting Chick-Fil-A to campus, Trinity is enabling the monetization of our oppression. The moment they are invited back onto campus after the release of damning evidence of their support for these organizations, the University is making known that they condone a business whose practices hurt students in a very real, tangible way.

We, the LGBT students of this university and their allies, understand that students are welcome to choose to spend their money as individuals however they choose and furthermore, to practice their religious freedom in whatever way they deem appropriate, but we also believe that Trinity should be inviting businesses onto our campus that reflect our institution’s mission and values of diversity.