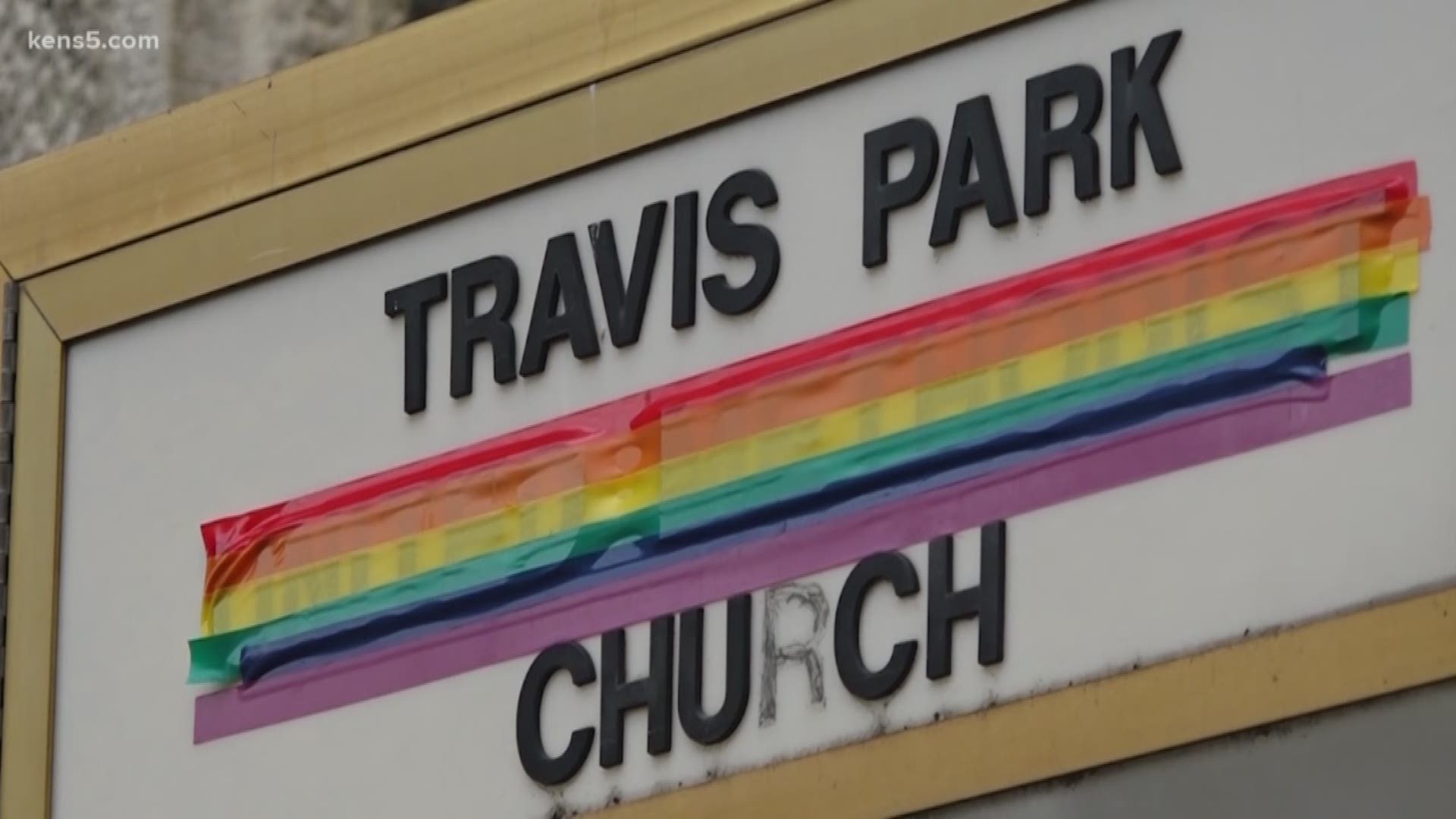 Scientists will tell you human evolution takes time, but on the corner of Travis and Navarro Street one church is challenging that.

"When you try to move something as big as the United Methodist Church, it moves more slowly, so I feel like we're putting a speed boat out in the water with Travis Park," pastor Eric Vogt told KENS 5.

Pastor Vogt and the Travis Park congregation are diving into unchartered territory as they make waves as one of the first former United Methodist churches in San Antonio, to host same-sex marriages.

"We have to live as the people we feel called to be," Vogt said. "We're going to practice marriage equality and we're going to separate ourselves from what we said to be some of the discriminatory methods of the United Methodist Church."

It didn't sit well for churches like Travis Park who open their doors to all.

"We've had a few couples that have been interested we haven't had any booked yet," Travis Park wedding coordinator Megan Paterson said.

"It will definitely be a day of historic celebration," she added with a smile.

History the Rio General Conference is responding to. The Conference represents nearly 400 UMC churches in South Texas and said in a statement to KENS 5:

"The United Methodist Church includes persons with diverse perspectives and approaches to ministry. Following the decisions of the 2019 General Conference and leading up to the 2020 General Conference, many members and congregations are discerning the most faithful and effective way to serve their communities and contexts. For some, this means a path of full inclusion for LGBTQ people, while others will maintain a more traditional stance. Though our church is not always of one mind, we hope to maintain a spirit of peace, connection, and focused commitment to the needs of the world around us."

Travis Park will trailblaze on, as it breaks away from history for an evolution.

"Church is open to all," Brock Curry, the church council chair said.

"We really mean that at Travis Park Church."