Speakers stressed the importance of Nipsey's influence on young fans, as he inspired others to re-invest in their communities. 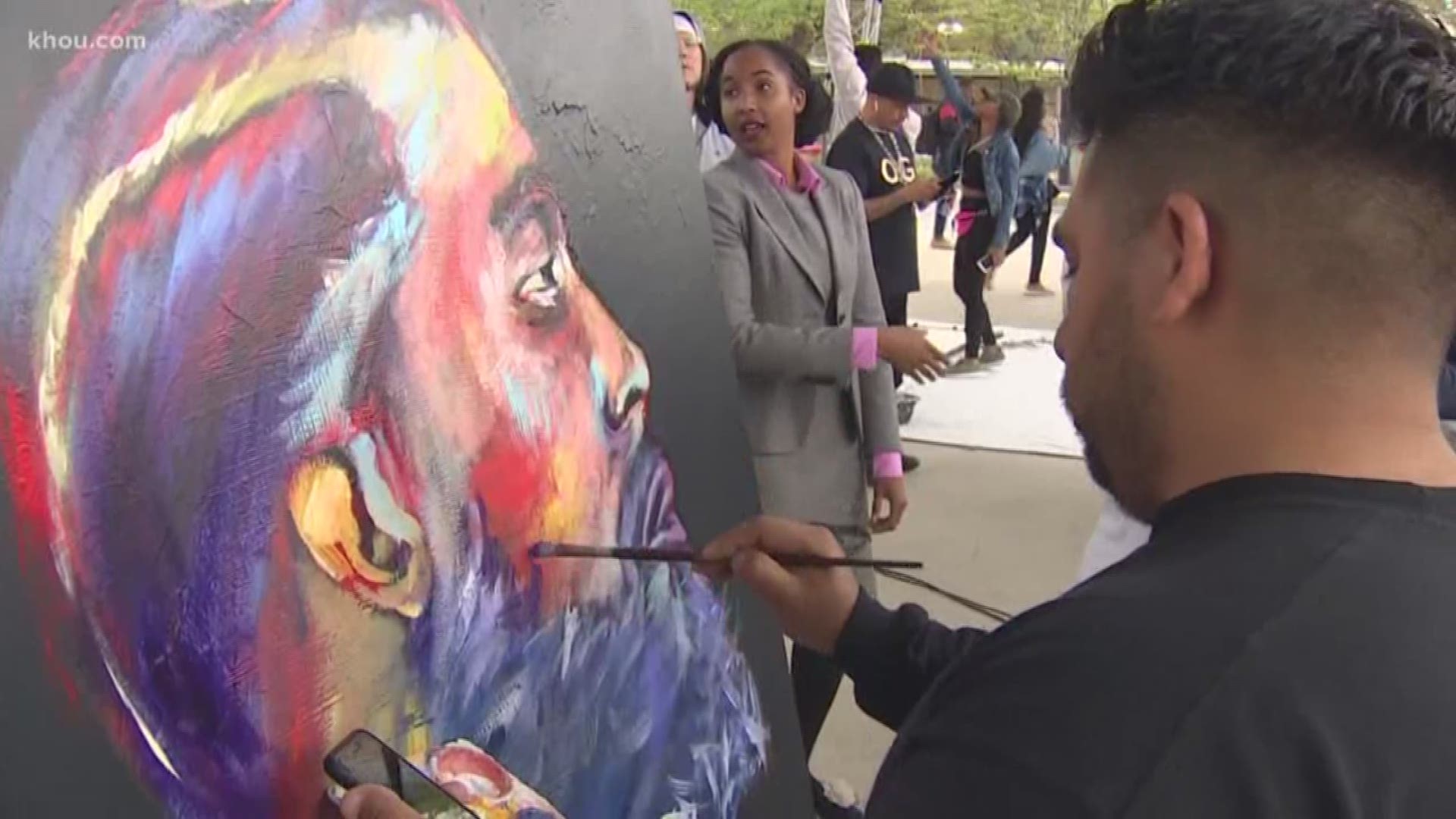 HOUSTON — Trae the Truth and other Houston musicians invited thousands to pay their respects for slain California artist Nipsey Hussle.

Artists shared stories of the man they say always promoted positivity and prosperity for the hip-hop community and beyond.

Whether through music or visual arts, people used their medium to celebrate a life cut short.

Nipsey Hussle, a Grammy-nominated rapper from Los Angeles, was shot and killed Sunday outside Marathon Clothing, the store Hussle owns. Two others were also wounded in the shooting.

“The love I got for him, I want to make I share with my city and let bro see from up there that the city loves him just as much,” Trae said.

Speakers stressed the importance of Hussle’s influence on young fans, as he inspired others to re-invest in their communities.

In his lyrics, Hussle was known for addressing fiscal responsibility and maturing into adulthood.

“It makes me proud to know we have stand up people in our city like me who stand up for real cats like him,” Trae said.

Tributes have been scheduled all across the country.

The Associated Press reported Tuesday that Eric Holder, 29, was captured in Bellflower, a Los Angeles-area city about 20 miles southeast of Hussle's clothing store, where the musician was shot Sunday.

Hussle and Holder knew each other, and the two had some kind of personal dispute in the hours before the rapper was killed, Police Chief Michel Moore said.

Police released Holder's name and photo Monday night and asked for public's help in finding him.

It was not immediately clear how authorities located him. He was detained first by sheriff's deputies until LA police arrived and confirmed that he was wanted in Hussle's slaying, authorities said.

The two men had several arguments on Sunday, and Holder returned to the store with a handgun and opened fire on Hussle and two other men, who survived the shooting, police said.

The chief did not reveal how the two men were acquainted or offer any details about their dispute, but he emphasized it was a personal matter between Hussle and Holder.

RELATED: 19 hospitalized, 2 in critical condition after violence breaks out at Nipsey Hussle vigil