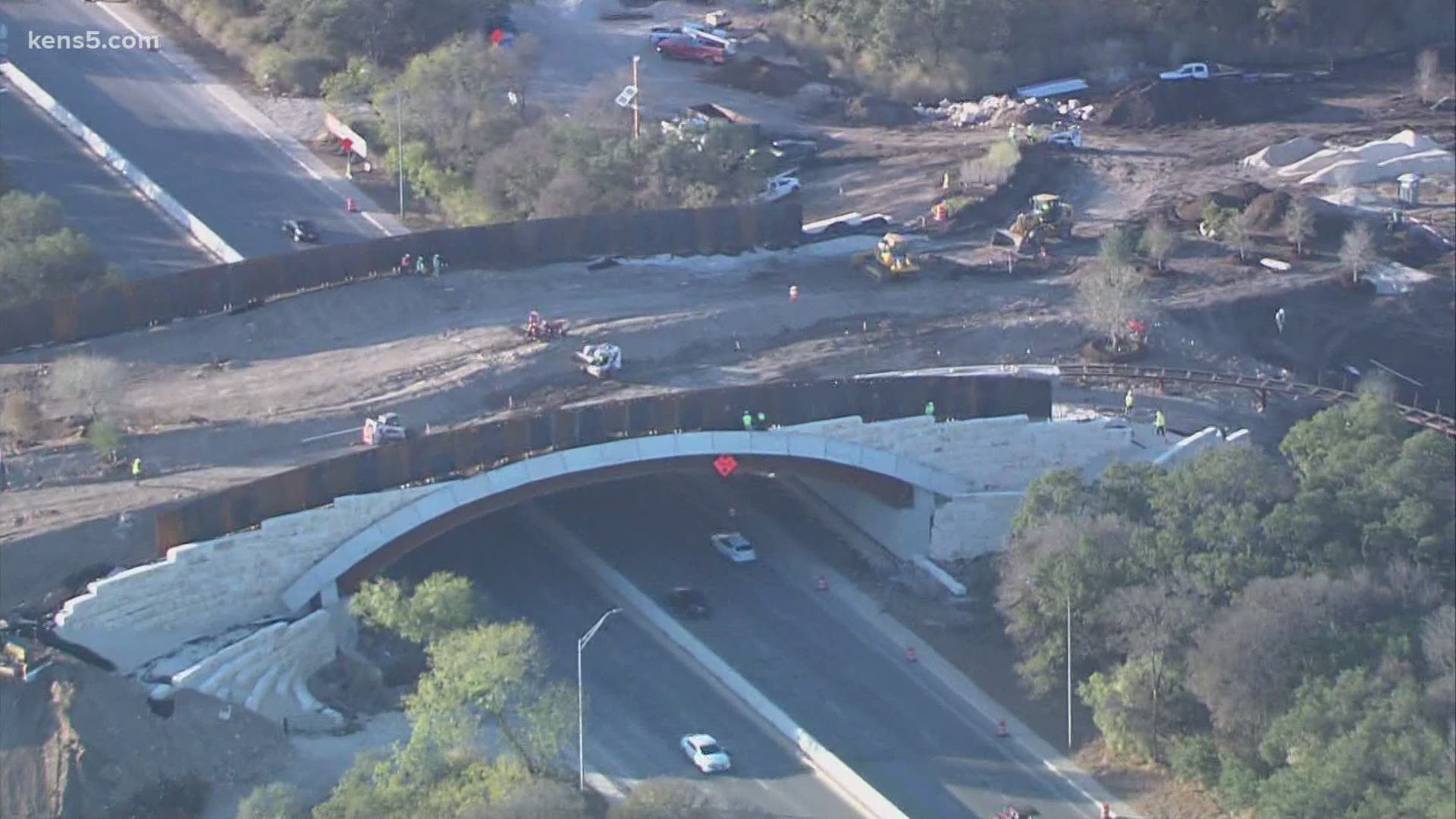 SAN ANTONIO — Former San Antonio Mayor Phil Hardberger won't get the traditional ribbon-cutting or ceremonial bang for the latest addition to the park bearing his name, but he is confident the bridge will open at 1 pm on December 11.

"It appears to me that they have not fallen behind, and they assured me as late as yesterday they were not behind," he said.

The $23 million Robert L.B. Tobin Land Bridge is for people and animals. Hardberger touts the bridge connecting the east and west sides of the 330-acre park as a structure unique to San Antonio and the nation.

"I would have to say this is going to be a major highlight in my life," he said.

The project is a public-private production. $13 million came from a voter-approved bond in 2017. $10 million comes from donors.

Structurally, the bridge is 150 feet wide and comes with a skywalk elevating through treetops.

But a drive-by of the Wurzbach Parkway project does not reveal a finished look for a bridge opening in a matter of days.

"I'd be a liar if I didn't say I've asked that very same question for myself," he said.

It will open, he said.

But the skywalk, which looks more like rollercoaster rails, is without covering at this time. Hardberger said the coverings are a specialty order item and will take more time to put in place for park-goers.