Police said a black car moving east on Mission Gate when they pulled out in front of the 18-wheeler on Palo Alto Road. 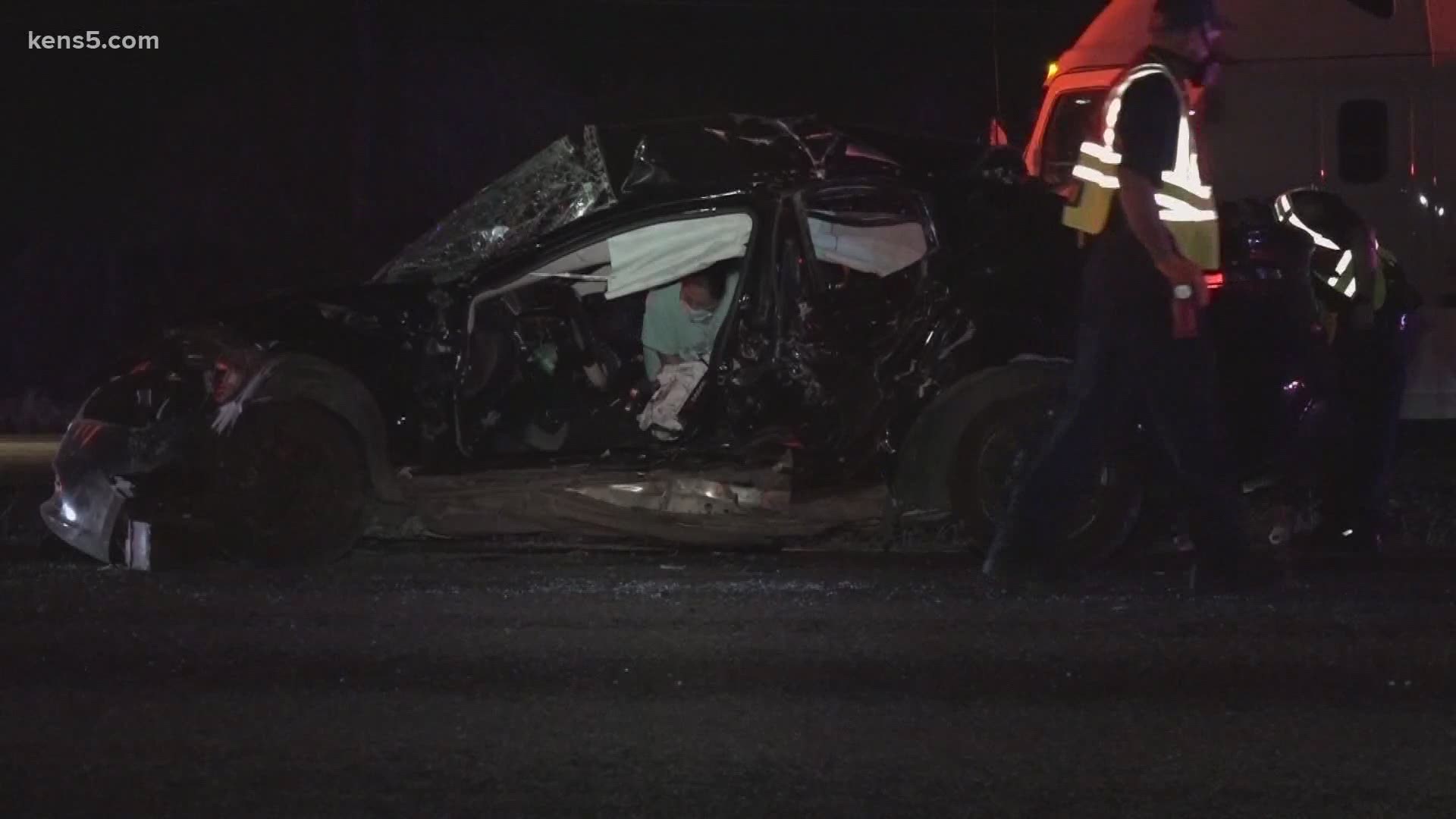 SAN ANTONIO — A vehicle was T-boned by an 18-wheeler while driving across an intersection on the south side, San Antonio police said.

The incident happened around 10 p.m. Sunday on Palo Alto Road and Mission Gate.

Police said a black car moving east on Mission Gate when they pulled out in front of the 18-wheeler on Palo Alto.

The 18-wheeler T-boned the car, causing them to spin and end up in the north bound lanes of Palo Alto, SAPD said.

Police said there were two people in the black car and both were taken to local hospital in stable condition, but authorities said the driver had "significant injuries."

The driver of the 18-wheeler had minor injuries and was also taken to a hospital, police said.

No charges are against either drivers as authorities said alcohol was not a factor.