"We were leaning on the left side. We were kind of caught sideways just hanging in the air," the rider recalled. 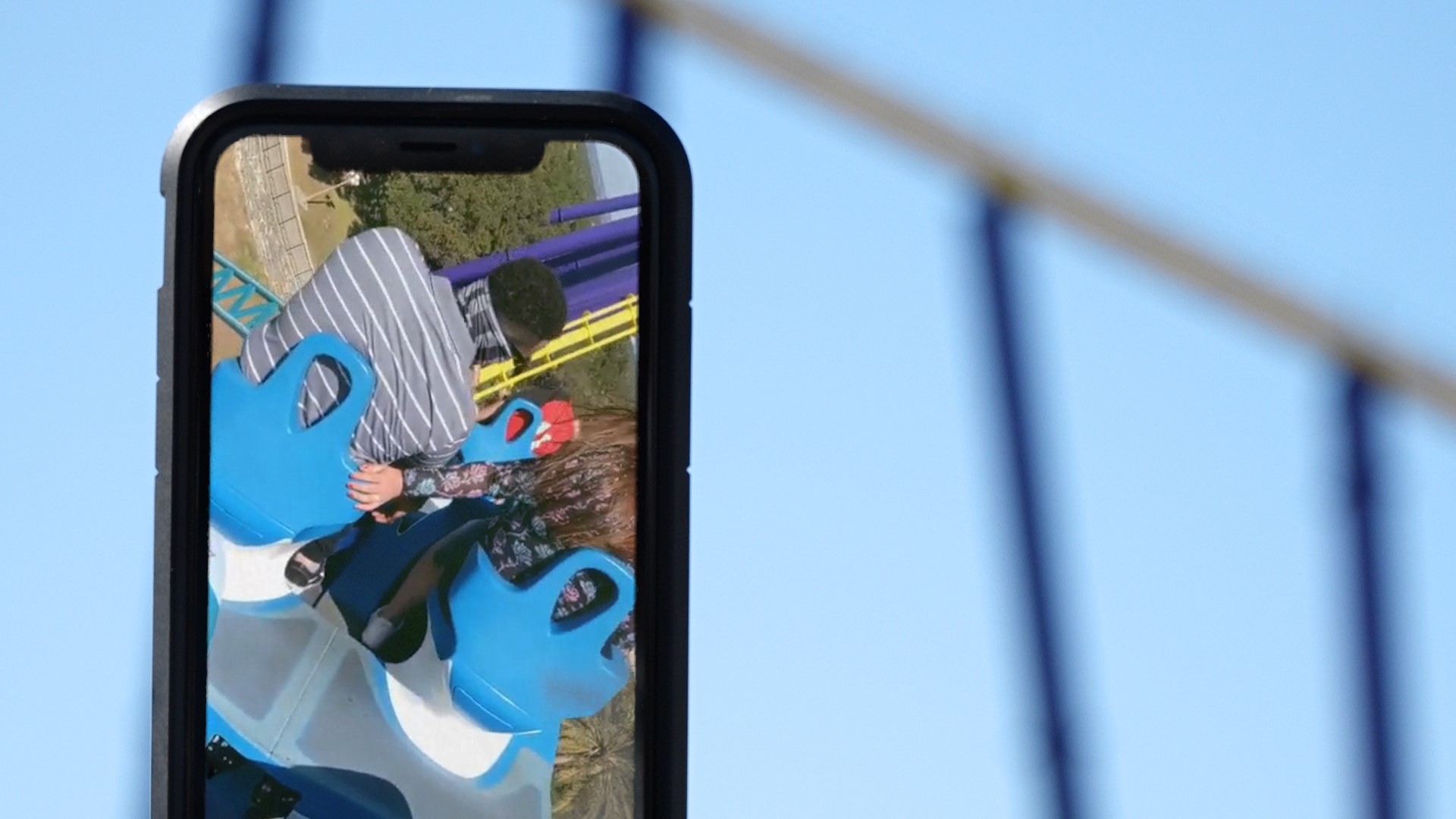 SAN ANTONIO — Some believe the climb up a rollercoaster can be scarier than the drop, that anticipation of the unknown festering inside, but even for the biggest thrill-seekers, they couldn't have predicted this.

"The ride broke down," Pete Dowell said to his cell phone camera Sunday afternoon minutes after the Wave Breaker roller coaster broke down with him aboard.

"This is some bull crap," he said as he sat atop of the SeaWorld San Antonio attraction. "This is not cool."

Officials say they were notified of a stopped rollercoaster just before 1:00 p.m. with 13 people on board. That included Dowell and wife, son, and son's girlfriend visiting from out of state.

"It was going then it started slowing down," Dowell explained later Sunday night.

"When it got to the apex of the hill, it kind of curved hill it never moved. We were actually in a terrible spot, we were leaning on the left side we were kind of caught sideways just hanging in the air."

For about 4 1/2 hours, Dowell and his family stayed that way until fire crews arrived and could get them down.

"My hip is hurting, my back is hurting," he explained in another video.

While officials were able to rescue many of the people using a cherry picker, where Dowell and his family were sitting they couldn't be reached. So the rescue team began to slowly reel the rollercoaster back while Dowell's camera rolled.

But just as they were halfway back to safety the ride sped up backward.

"Oh s***!" Dowell could be heard saying as he looked over to his wife in fear.

The ride eventually came to a stop and Dowell and his family were able to get off. He told KENS 5 later Sunday, he was still in shock of what happened.

"That's one for the books," he said. "I hope it never happens again."