The effort to lure recruits for white supremacy membership is concerning for the Anti-Defamation League. Leaflets for the transition into hate are multiplying. 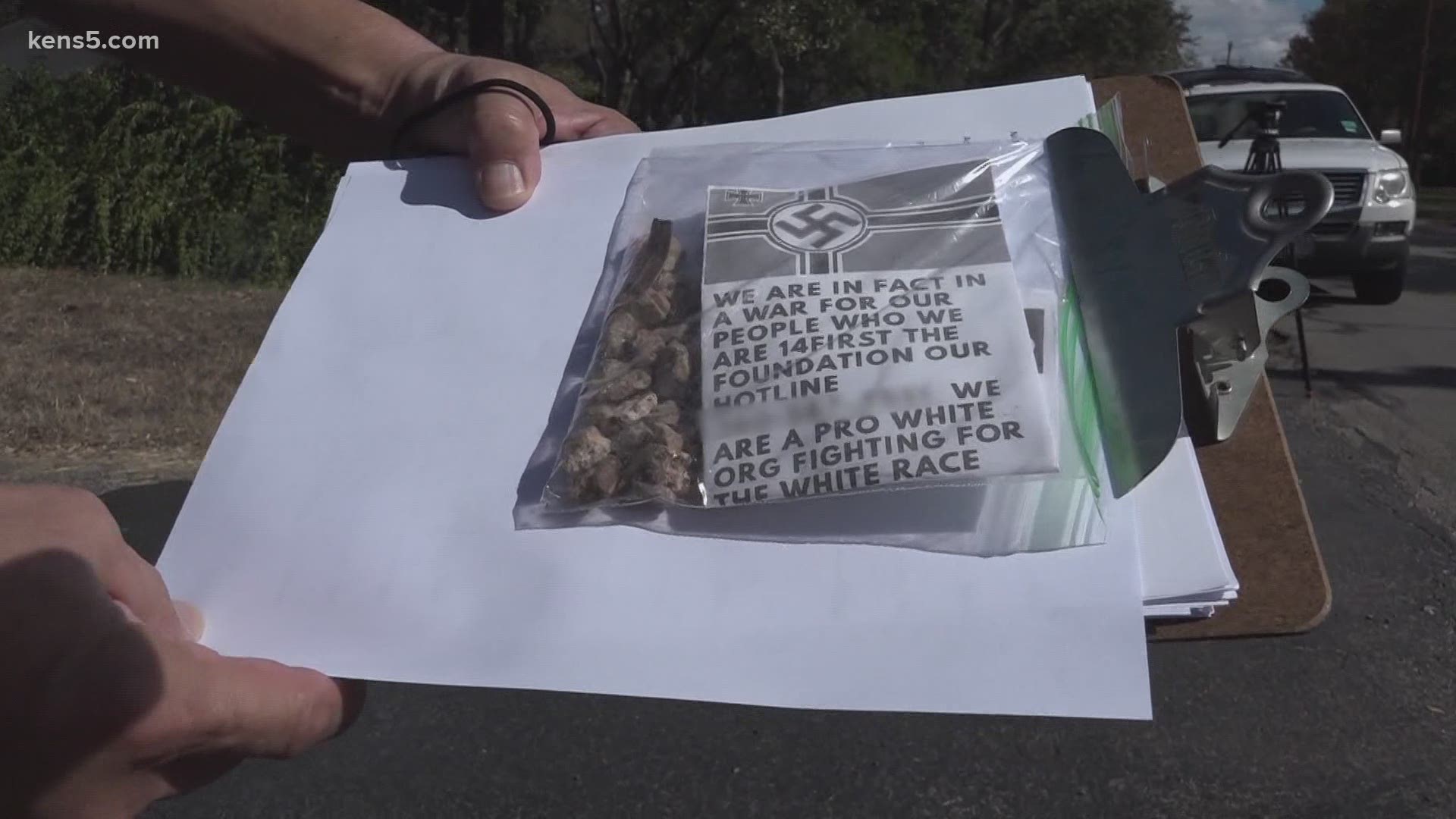 "These groups have clearly seen that the current environment is ripe for their recruiting," Mark Toubin said. "They feel more comfortable being out in the open."

Toubin is the Southwest Regional Director for the ADL. He said the groups' bold endeavors concern him.

"It's the mainstreaming of their message more than anything," he said.

In a year where the message of prejudice is expanding via social media and literature, the FBI's Hate Crime report shows documented cases are at a ten-year high.

"If antisemitism and bigotry and prejudice become some of the norms, then we're in big trouble," Toubin said.

The ADL's H.E.A.T. ( Hate, extremism, antisemitism, and terrorism) map show 735 cases across Texas, including three murders. But the vast majority of occurrences are supremacy propaganda.

Recently, Hollywood Park homeowners received a batch of hate literature criticizing abortion and the Black Lives Matter movement which were emblazoned with a swastika.

Toubin said the national societal change happening might be creating fear. That fear could create an irrational means to cope through bigotry.

"Some people are able to take advantage of that fear and deal with it by providing a scapegoat," he said. "And whether that scapegoat are Jews or immigrants or Blacks or Hispanics or LGBTQ, they are looking for somebody else to blame."

The supremacists, he said, take advantage of online opportunities to spread their message.

He suggests educating against the behavior, addressing racial hatred on social media, increasing the number of agencies that report incidents to the FBI, getting public officials to denounce hate groups, and stepping up against the personal responsibility poison prejudice.

"We can never eliminate hate in its entirety," he said. "But, hopefully, we keep it at a very low level."