The meteor was seen across several states, but the majority of sightings were reported from the Central Texas area. 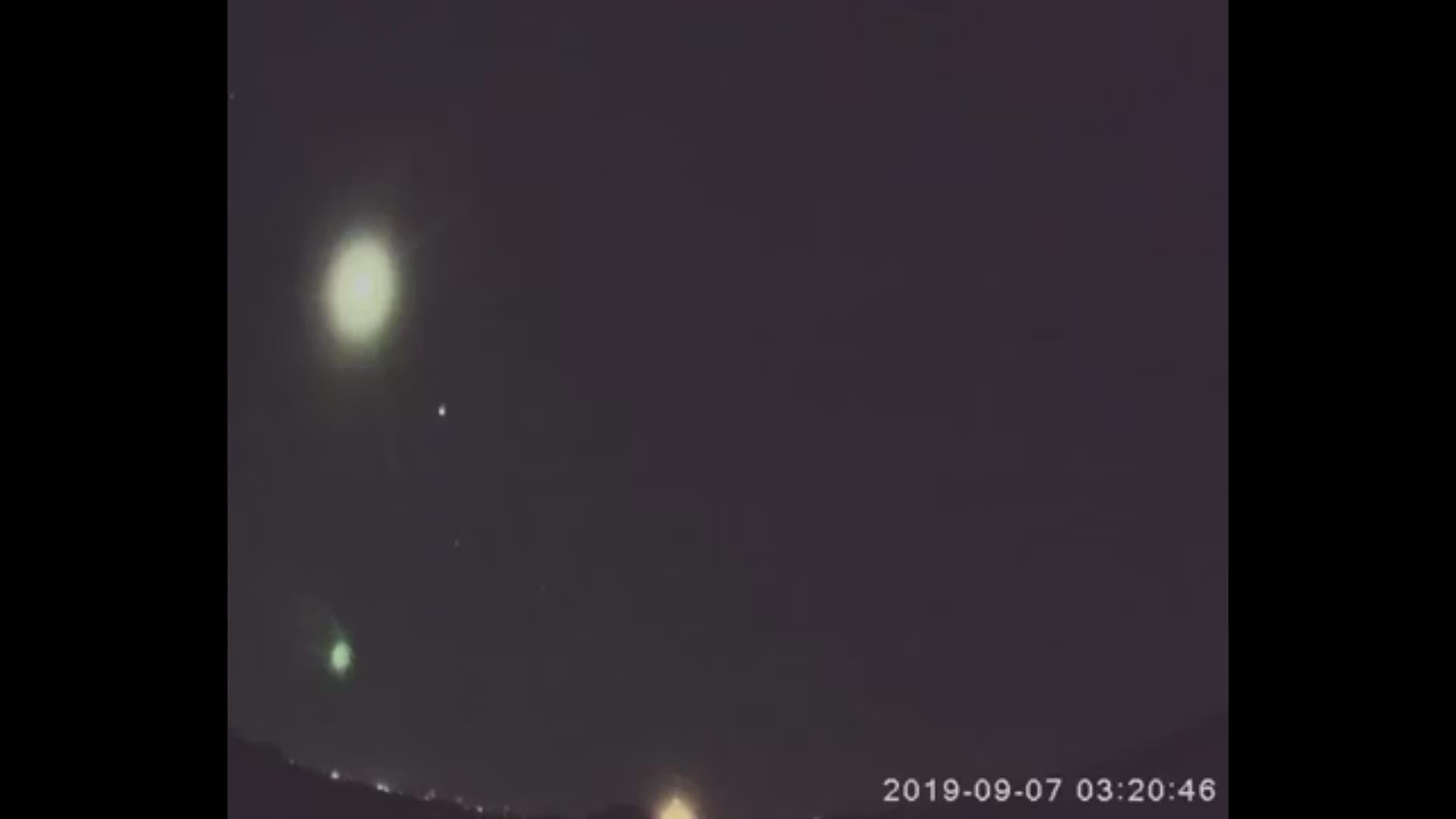 SAN ANTONIO — Eyewitness video captured a meteor streaking across the San Antonio sky over the weekend.

The meteor was seen here in Texas as well as several other states, including New Mexico and Louisiana.

The majority of sightings were reported from the Central Texas area, according to AMS.

Meteors like the one spotted Saturday are often referred to as fireballs, AMS said. They are common events but can often be hard to see in city lights.

The video, shown below, was captured by K. Palivec Saturday night.

RELATED: 169 counties in Texas under a burn ban