The White House gave Texas' infrastructure a C. Here's why

When it came to roads and bridges, the report pointed to the 818 bridges and over 19,400 miles of highway in the state that are believed to be in "poor condition." 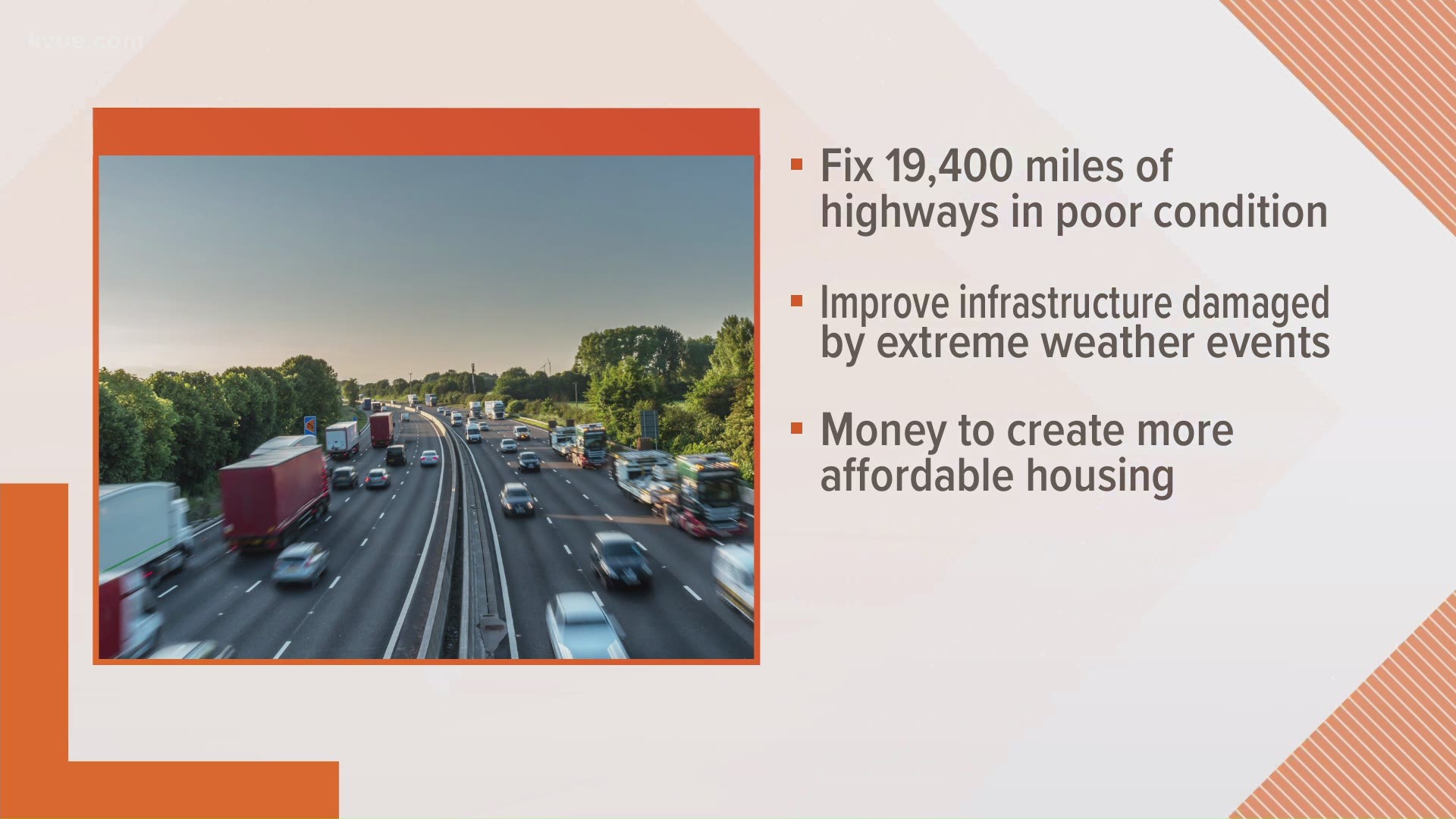 The Biden White House released state-by-state breakdowns Monday that show the dire state of America's hard and soft infrastructure as a way to further publicize its $2.3 trillion infrastructure plan, the Associated Press reports.

Texas got a "C" grade when it came to its own "Infrastructure Report Card" from the Biden Administration. The highest grade was a C+, according to the AP, which went to Utah. The state report cards are part of the push for the package, dubbed the American Jobs Plan.

The report was sectioned out into 12 different areas of concern that the package would provide funding for across the country:

"For decades, infrastructure in Texas has suffered from a systemic lack of investment," the White House report stated. "The need for action is clear."

When it came to roads and bridges, the report pointed to the 818 bridges and over 19,400 miles of highway in the state that are believed to be in "poor condition."

"Since 2011, commute times have increased by 11.4% in Texas and on average, each driver pays $709 per year in costs due to driving on roads in need of repair," according to the report.

The section for resilient infrastructure discussed the spate of extreme weather events Texas has seen in the past 10 years, not including the most recent example of the winter storms that caused many in the state to lose access to power and clean water back in February.

From 2010 to 2020, extreme weather has cost the state up to $200 billion in damages, according to the report. The Biden administration believes investing in resilient infrastructure is key, and is a piece of the infrastructure package.

Making infrastructure in the state more resilient could look like preparing the electrical grid for more extreme weather events, and weatherizing equipment for more severe cold and heat than typical. State lawmakers have been working on plans this legislative session to require those actions to take place to protect the stability of Texas' power grid.

Broadband access was another acute issue pointed out by the report card, which stated "more than 12% of Texans live in areas where, by one definition, there is no broadband infrastructure that provides minimally acceptable speeds."

About 14% of Texas households don't have an internet subscription, per the report, and around 43% live in places where there is only one internet provider.

Child care was another pain point for the state, according to the administration, with about 48% of people living in what they coined a "childcare desert."

Home energy costs also were an area of concern, with the average low-income family in Texas spending about 8 to 10% of their income on such costs.

The AP reports Biden will meet with Democratic and Republican lawmakers Monday to discuss the proposal. Many Republicans have been less than receptive to the package, though, particularly because of plans to rely on higher corporate taxes to pay for it.

For each topic, the report laid out a sentence or two addressing how the proposed infrastructure package would tackle the problems presented, usually with a dollar amount attached. To read the report and see roughly how the money would be used, click here.