A temporary injunction hearing on Monday is not affected by the stay order instituted Sunday. 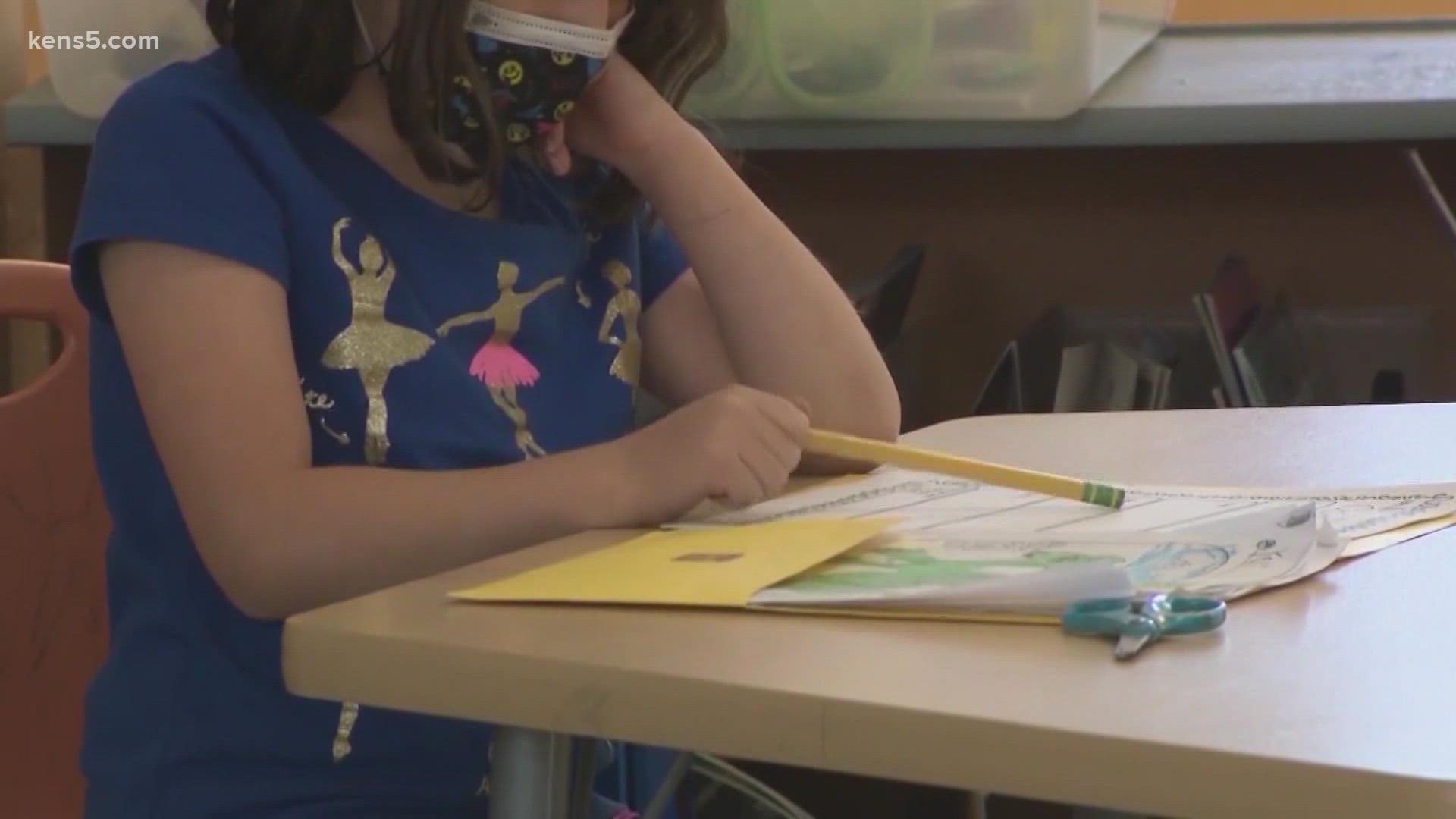 This comes as coronavirus cases continue to surge across the state and children go back to classrooms for the start of the new schoolyear.

On Friday, the Fourth Court of Appeals decided to uphold local leaders' authority to mandate face coverings in schools, in turn denying an attempt by Abbott to appeal a district court judge's decision earlier this week to issue a temporary restraining order against the governor's executive order banning such mandates.

Andy Segovia, attorney for San Antonio, had responded to that decision with the following statement:

“We are pleased with the result of the Fourth Court’s ruling. The mask mandate is time sensitive and every day we have to fight the pandemic is another day we are able to keep our community safe. We look forward to the Monday temporary injunction hearing.”

That Monday hearing is not affected by the stay order instituted Sunday.

The City of San Antonio responded to the Texas Supreme Court's decision in a statement on Sunday night, saying that the ruling didn't do much.

Late this afternoon Texas Supreme Court ruled to stay the City of San Antonio and Bexar County’s temporary restraining order (TRO), pending tomorrow’s trial court hearing on the petition for Temporary Injunction. The TRO was set to expire with tomorrow’s hearing, so the ruling has little practical effect.

Importantly, the Supreme Court did not rule on the Attorney General’s Petition for Writ of Mandamus, meaning that the City and County will move forward with presenting their case tomorrow. The hearing is set for Monday, August 16, 2021 in Bexar County District Court.

“The City of San Antonio and Bexar County’s response to the Texas Supreme Court continues to emphasize that the Governor cannot use his emergency powers to suspend laws that provide local entities the needed flexibility to act in an emergency,” said City Attorney Andy Segovia. “His suspension authority is meant to facilitate action, not prohibit it.”

Bexar County Health Authority Dr. Junda Woo’s health directive mandating the use of masks in public schools from pre-kindergarten through grade 12th remains in effect. City facilities will also continue to require the use of masks for both staff and visitors.

NEISD and South San ISD announced that because of the stay, masks would not be required on Monday, but strongly encouraged.

The American Academy of Pediatrics released a statement stating all students older than two and all school staff should wear masks at school.

“And unfortunately some are dying," Bowling said.

This is a developing story, check back for updates.