Gov. Abbott announced this week that he wants the state legislature to make property tax relief a priority. 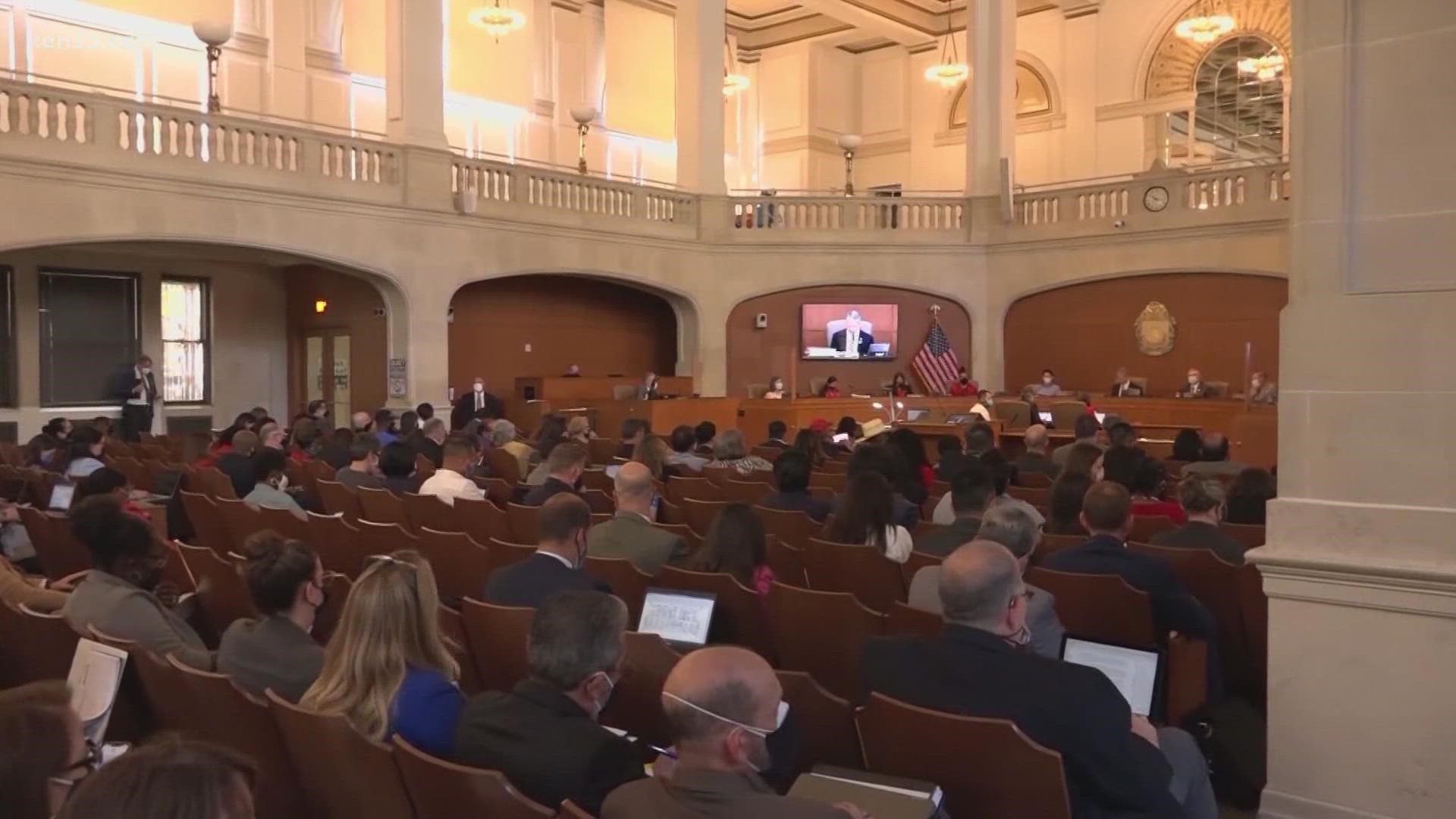 SAN ANTONIO — As property taxes climb, state leaders want to take the burden off the homeowner.

Governor Greg Abbott announced this week that he added property tax relief as a priority to this special legislative session.

New homes are sprouting up across San Antonio. Local leaders like San Antonio City Councilmember Clayton Perry say as the number of homes grows, so do the taxes.

"It has gone up dramatically over the last five years, and I don't see any changes coming any time soon with the influx of people coming into San Antonio, the development," Councilmember Perry said.

Tax rates haven't changed much, but rising property values have brought taxes up.

According to the Bexar County Tax Assessor-Collector's office, the average value of a home within Northside ISD is $250,808. Taxes paid for services such as roads and flooding, the hospitals along with county and city taxes total more than $6,500.

About 50% of those taxes go to the school district.

"This is really a state responsibility, but it has slowly shifted to the property owners here in Bexar County and throughout the state. So, more and more property owners are starting to carry the burden of education for our children," Albert Uresti, Bexar County Tax Assessor-Collector said.

The state is attempting to shift that burden.

Senate Bill 1, introduced in this special session could shift $2 billion in funds to school districts across the state. The bill claims all property owners in Texas would see a reduction of their ISD tax rate by at least 6.6 pennies.

The Bexar County Appraisal District says they expect property appraisals to continue to rise. They say the state's biennial budget could anticipate a six to seven percent increase in property values, something they have no control over.

"We don't get to set the market. We simply try to reflect what the market is doing," Michael Amezquita, the chief appraiser of the Bexar Appraisal District said.

Amezquita says part of their goal is to educate homeowners on what tax exemptions they are eligible for. He says this year saw record-setting numbers in the number of property appraisal appeals.

"Hold those hearings like the 135,000 we've had this last year with a 94 percent success rate, being able to help most of those taxpayers," Amezquita said.

Councilmember Perry tried asking for an additional homestead exemption increase during Thursday's city budget hearing, but it didn't gain support from his colleagues.

An increase in the homestead exemption could be discussed in February 2022 with the city of San Antonio, according to Councilmember Perry's office.

"This is coming right out of your pocketbook to pay those higher taxes year after year. And if you would like some property tax relief, call your city councilperson," Perry suggests.

To learn more about what exemptions you may qualify for, check out the county tax assessor-collector website.