Thursday the Austin City Council voted to end most arrests for possession of small amounts of marijuana, partly because of a new state law legalizing hemp. 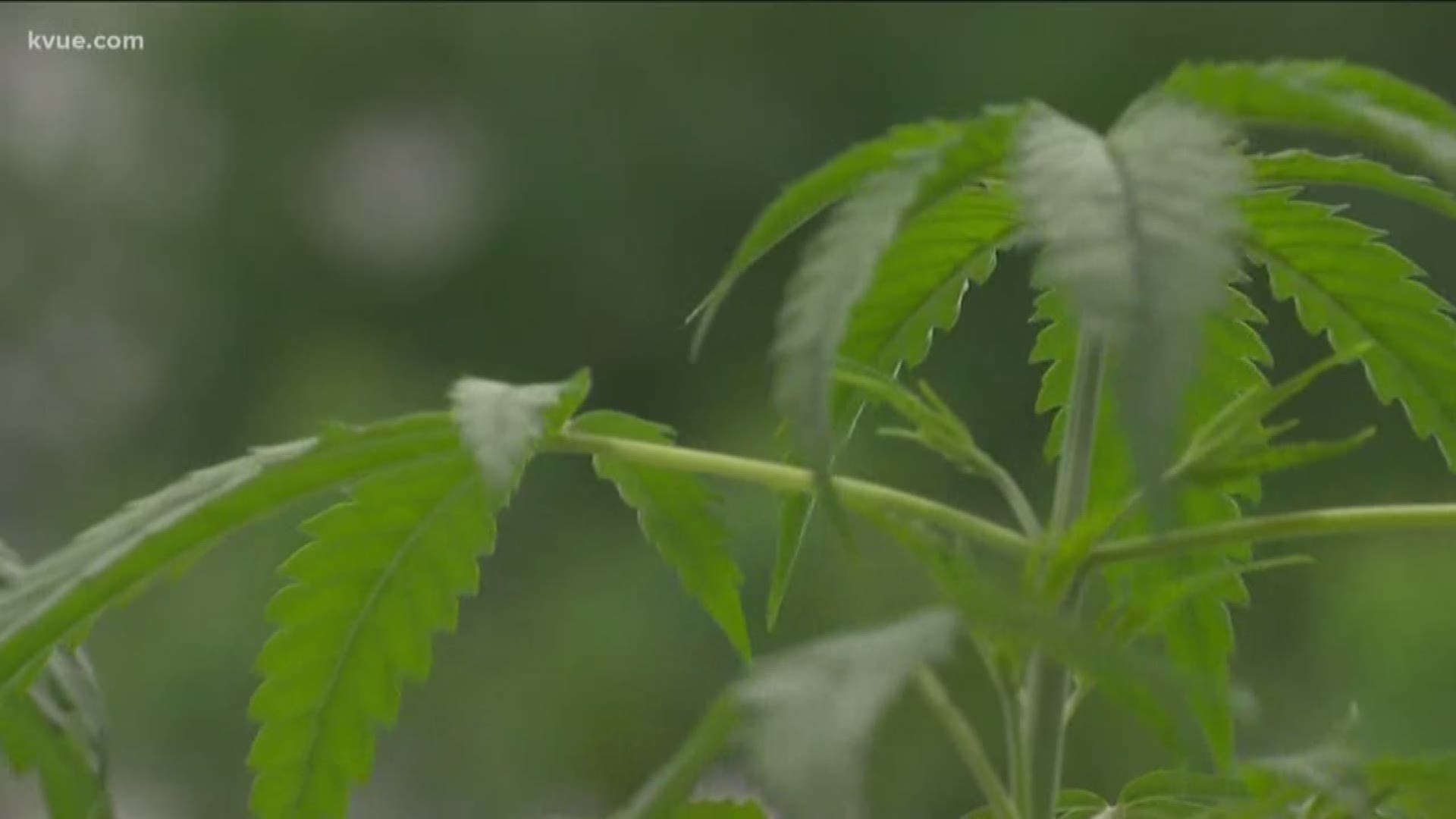 AUSTIN, Texas — Austinites are used to fights between the City and State over policy. Usually, it's the State trying to reverse one of Austin's progressive resolutions, but on one issue, it seems the tables are turned.

On Thursday, the Austin City Council passed a resolution to end most arrests for possession of small amounts of marijuana, partly because of a new state law legalizing hemp.

"We're not going to use our resources to fix a problem created by the legislature," Austin Mayor Steve Adler told KVUE on Thursday.

The "problem" stems from Texas lawmakers' 2019 decision to legalize hemp in an effort to develop a hemp farming and distribution market. Under House Bill 1325, hemp is defined as any part of the Cannabis Sativa L plant with a THC concentration of no more than 0.3%. Most people know, hemp has a pretty popular sister that can look and smell the same – marijuana. Both come from the cannabis plant but are different species. And therein lies the problem.

"The side effect was it did change the definition of marijuana, so cannabis is no longer illegal across the board," explained Jolie McCoullough, criminal justice reporter for The Texas Tribune.

"The State crime labs with the Texas Department of Public Safety, a Houston crime lab told them, we don't have machinery to test how much THC is in a plant, only if it is there at all," McCoullough said.

Last July, district attorneys across the state, including Travis County's, announced they would no longer prosecute low-level marijuana cases because they didn't have resources readily available to test if a substance was marijuana or hemp.

"Low-level marijuana cases are generally not something that were tested in labs before because officers could tell based on the smell, look that it was marijuana and that was no longer the case," said McCoullough.

McCoullough said testing can cost between $100 and $500, and that's money city and county leaders say they don't have to spend on low-hanging fruit.

Meanwhile, lawmakers remain adamant that the law legalizing hemp doesn't decriminalize or legalize marijuana; setting the stage for a new conflict between Austin and the State.

Woman sues Austin motel, claiming she got no help after sexual assault