'You never know what you're going to get': Call center staff break down the process of handling child abuse reports

Staff with the Department of Family Protective Services break down how various calls receive their priority status. 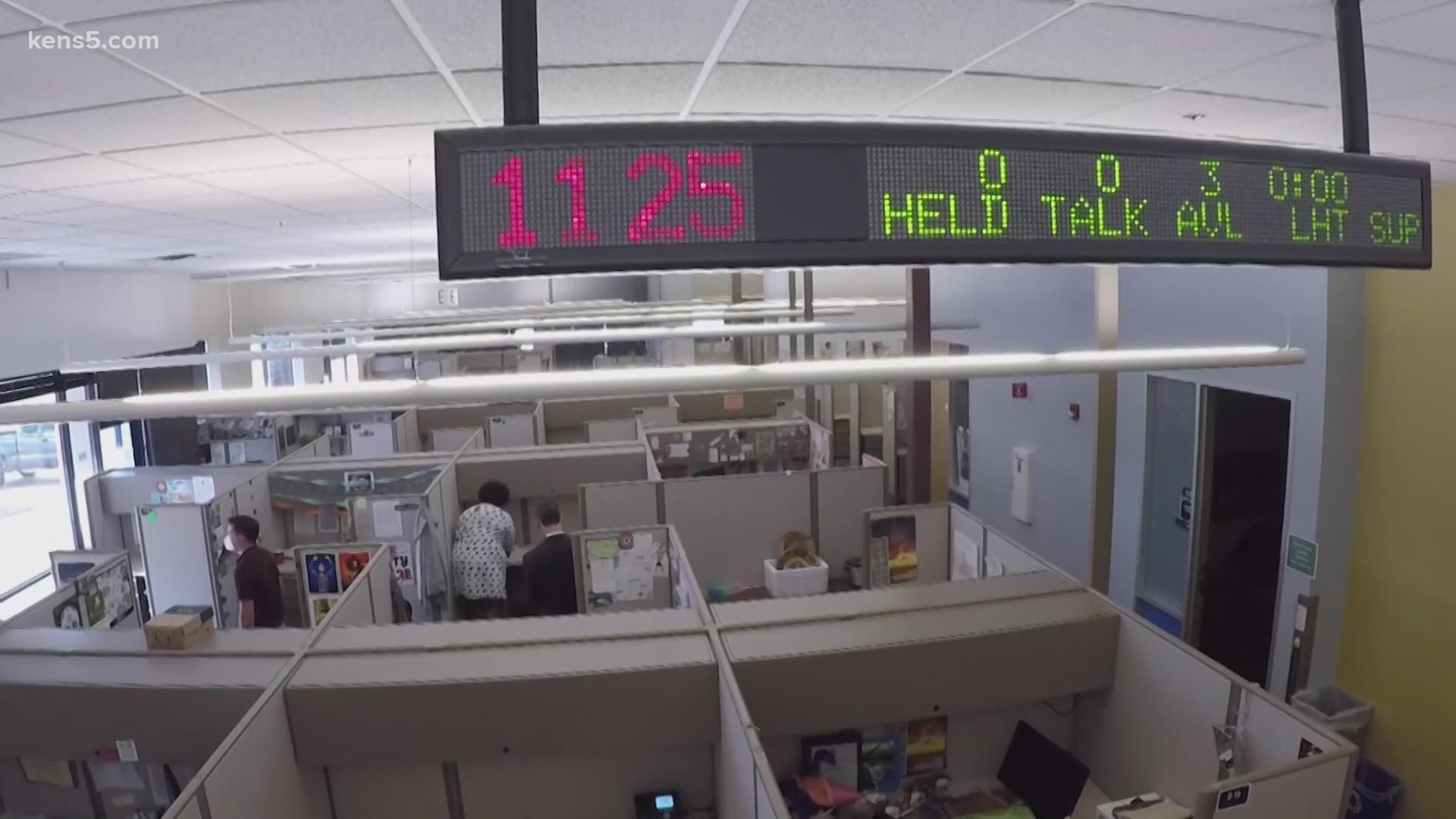 AUSTIN, Texas — Often, getting help for a child who’s being abused starts with a phone call.
Wherever in Texas the caller may be, the call, if made to the Texas Abuse Hotline, is received by intake staff at the Texas Department of Family Protective Services in Austin.

The agency received more than 736,000 calls for reports of abuse against adults and children last fiscal year. Of those, approximately 442,000 were allegations of child abuse.

Margaret Koppelman, a statewide intake supervisor with the agency, has handled calls for nearly 18 years.

“The fact is, when you pick up the phone, you never know what you're going to get,” Koppelman said.

The line is staffed 24 hours a day, seven days a week with degree-holding professionals who are trained to ask a series of fact finding questions that help them determine whether the allegations are, in fact, abuse or neglect as outlined by the law.

“We need very specific information and we try to do that in a way that doesn't rush the reporter,” Koppelman explained. "We are trying to get to the relevant information as quickly as possible while also managing callers who might be really challenging for a number of reasons. Either they are very angry at the time they're calling, very frightened at the time they're calling, scared to report, scared about the situation.”

Unlike in-person communication, intake specialists are tasked with picking up on small bits of information during the call and asking the reporter to expand on those specific aspects. Koppelman speculated that while the calls may usually take under half an hour, the longest calls are those that don’t immediately present as child abuse or neglect.

"I think our intake specialists really empathize with the callers and realize how difficult it is to make that call, how difficult it is to be in a frightening situation for your family or for the people that you're concerned about,” she said, adding that, usually, if the report doesn’t amount to abuse or neglect, specialists will try to connect the caller to resources to address the situation for which they’re calling.

Stephen Black, associate commissioner for statewide intake for Texas DFPS, said the agency gets many calls about things such as truancy and head lice, which alone, he said, do not amount to child abuse. However, Koppelman said she encourages anyone with a concern to call, as sometimes, unbeknownst to the caller, they could be offering information on an ongoing investigation. Due to confidentiality, they are unable to tell the caller whether the agency is already investigating.

"It's never wasting our time to take a call of someone who has a legitimate concern,” she said. "Our job is to listen to that concern and determine whether, legally, it's a situation where the state can make contact with the family and question their parenting. It's a very delicate situation.”

The agency also has a website in which individuals can report abuse or neglect where they feel the adult or child may not be in imminent danger. While callers are guided along with a series of detailed questions by intake specialists, on the online form, details are just as important in online reports.

"What we really need in those reports is details: Exactly what the injury was, exactly what happened,” Koppleman said. "Take the time to to put in who, what, when, where, why, how. What happened with this child. What is your concern? Is there an injury? Is there a current danger? What caused the injury? We just want a lot of detail.

"It's often frustrating. We will open a report about an 11-year-old and it says: ‘This 11 year old has a bruise on their arm.' And that's all. That's all the information. And that's not enough. We would not do anything with that report because 11 year olds get bruises on their arms. And so we have to really have enough information to assess the information and make sure that it meets the legal guideline for an investigation for us to get involved.”

Specialists also assign a priority to the call. For priority one cases, in which a child has broken bones, head injuries, serious injuries or is believed to be the victim of sexual abuse, immediate intervention is made by investigators in the field within 24 hours. For lower priority calls, officials investigate within two to three days. According to the agency, only 6% of all calls result in children being removed from their homes.

Intake specialists who handle both phone calls and processing online reports often hear a number of harrowing accounts of abuse or neglect. Because of this, they are offered counseling and are given the opportunity to step away from a situation should a call become too much to bear.

If you suspect abuse or neglect, you’re urged to call the Texas Abuse Hotline 1-800-252-5400 or to report online at txabusehotline.org.