Roofs were torn off, windows busted and cars undriveable in the aftermath of the severe weather. 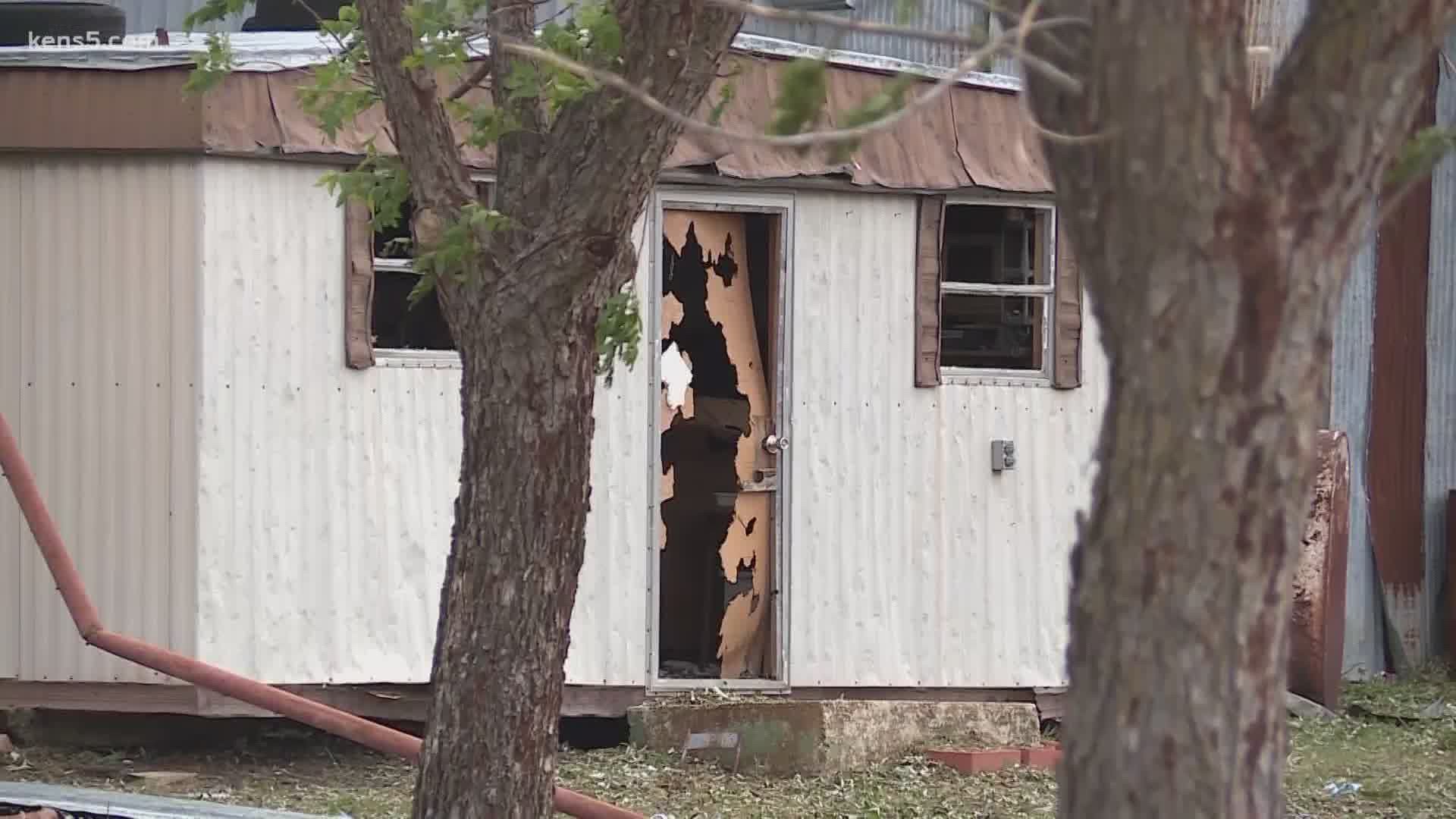 D'HANIS, Texas — The destruction was clear as day Thursday in the community of D'Hanis, mere hours after Wednesday night's storms cause havoc. Mother Nature did not hold back; windows were busted and large hail made messes out of cars and homes.

When the storm rolled through Wednesday night, families like the Diazes were huddled to keep safe.

"It just got dark, and we heard the whistling," Yesenia Diaz said.

Diaz was hunkered down in a closet.

"I was just there with my mom and my step dad, and I was just holding them, and I was like, 'Oh my goodness,'" she said.

The 20-year-old described the frightening sounds of the storm.

"The hail was the size of baseballs," she said. "We just hear the windows just cracking and everything. You know how they have those machine guns; it is what it sounded like. It was constant."

The fierce storm left its marks on the family's home and cars. Their cars are not even drivable. The windshields are busted and caved in.

The Diazes aren't alone. Roofs were blown off all across the community, with one metal roof landing across the street. The siding of homes were torn up as if targeted by gunfire.

All through the day, electric crews restored power to those left in the dark.

"The material things don't really matter," Diaz said. "You can replace those, but family members and everything else you can't."

The Salvation Army was in the community helping the residents. They set up shop in the town and served a thousand meals on Thursday.  They also handed out 300 clean-up kits, and blue tarps.

On Friday, the organization plans to deliver emergency food boxes to residents in a low-income senior community, which was also greatly impacted by the storm.