'We have to make the best of it': Blaze burns down multiple Atascosa Co. homes, devastating family 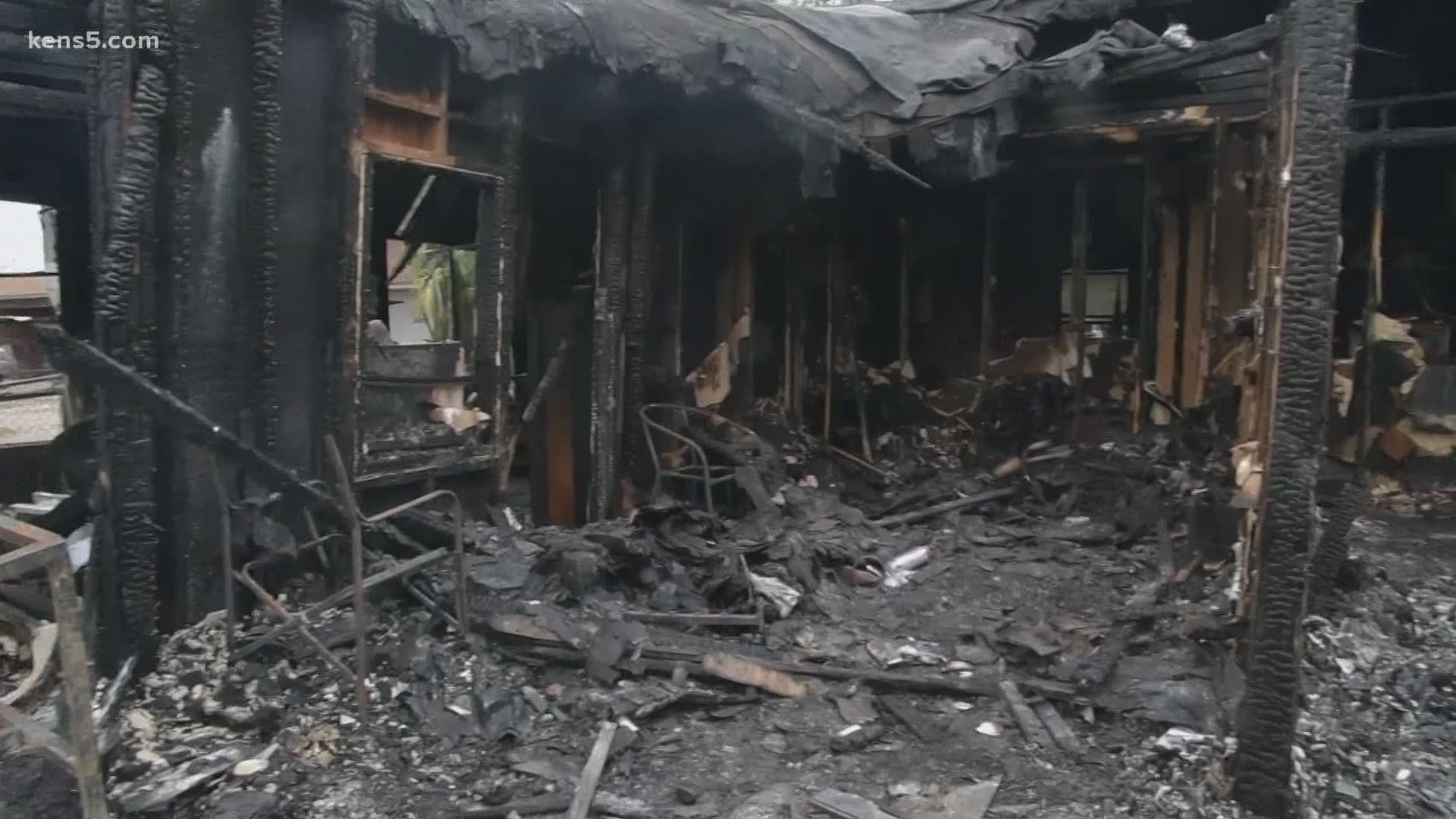 SAN ANTONIO — A family in north Atascosa County is picking up the pieces after a fire destroyed their home late Sunday night.

Smoke could still be seen rising from the ashes more than 24 hours after a fire destroyed four homes in the area.

One home belonged to Manuel Alaquinez III. He raised his nine children here.

“My father-in-law's the one that built it, by himself,” said Leslie Ramos, one of the residents. “I think it’s been over 50 years already. And now it’s just memories. Everything’s gone.”

Ramos lived in the home with Alaquinez along with her family, including two small children. Her nephew lived in one of the other houses in Manuel’s name with his own family.

“All of this is family,” Ramos said, gesturing to the area around her. “There’s about 20 houses on the property.”

The family has set up a page on GoFundMe.com for both houses in case anyone is willing to help them replace what was lost. They can be found here and here.

Ramos said she is thankful everyone made it out of the fire alive, but she still mourns what they lost.

“It’s just a terrible feeling, especially during a pandemic,” she said. “It’s hard, very hard, but we have to make the best of it.”