DPS is still investigating what appears to have been a wrong-way, head-on collision early Saturday morning. 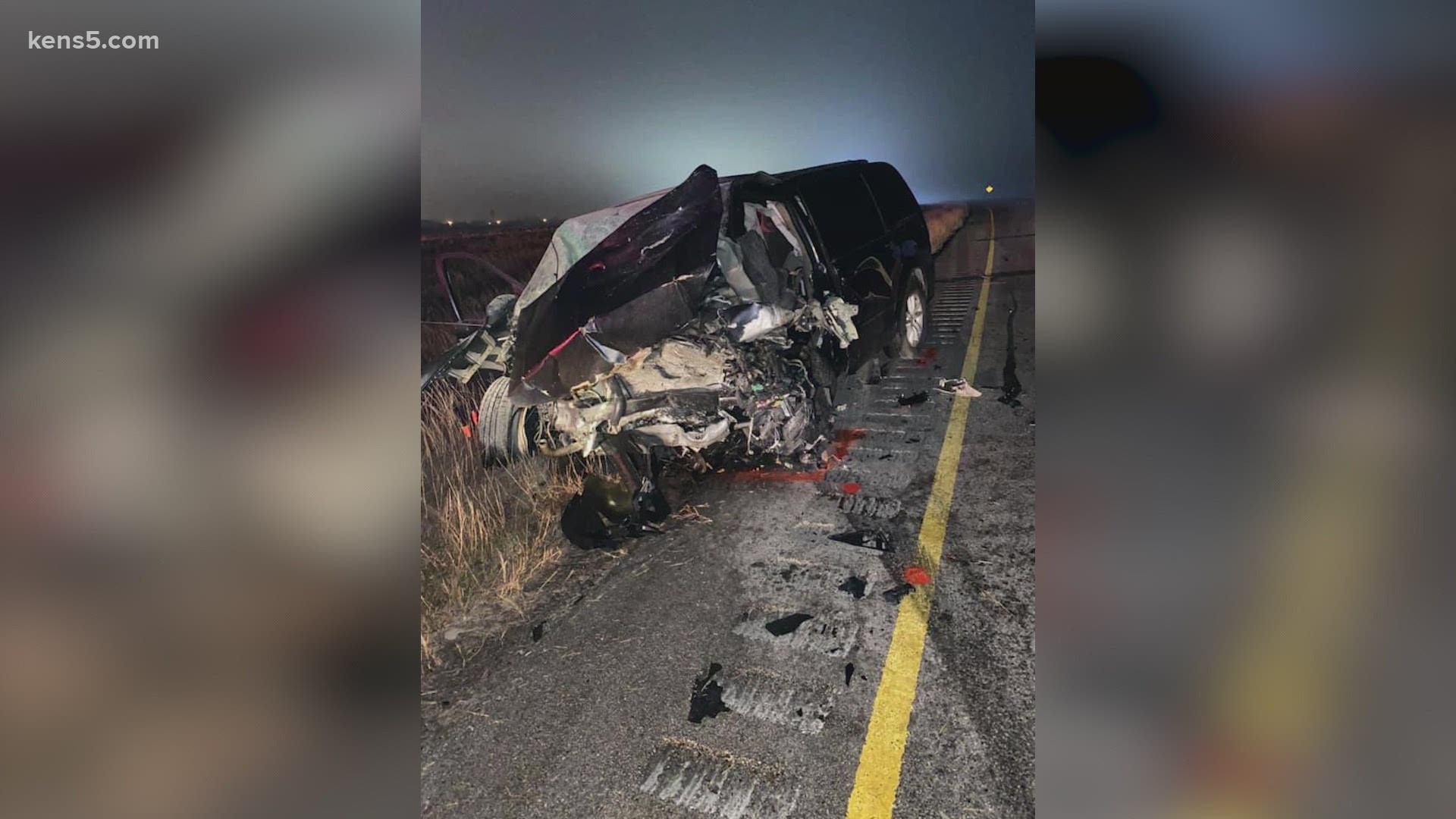 SAN ANTONIO — Two San Antonio residents and four others were killed in a wrong-way collision between two cars in South Texas early Saturday morning, according to highway patrol officials.

Authorities say 19-year-old Trent Ryan Edge died at the scene of the crash, which unfolded near Mathis, Texas, on I-37 around 3:30 a.m. On Saturday evening, 18-year-old Helena Paige-Marie Dumas succumbed to her injuries at a Corpus Christi hospital. Both were commuting in a Dodge Grand Caravan that DPS investigators say was struck head-on by a Toyota Camry traveling south in the northbound lane of the highway.

The other four victims, all from Alice, Texas, were between 18 and 24 years old.

Three other unidentified passengers traveling in the Grand Caravan were also taken to a Corpus Christi hospital after the incident.

DPS is still investigating the crash.