Altogether the County spent over $76 million in state funds on recovery efforts. 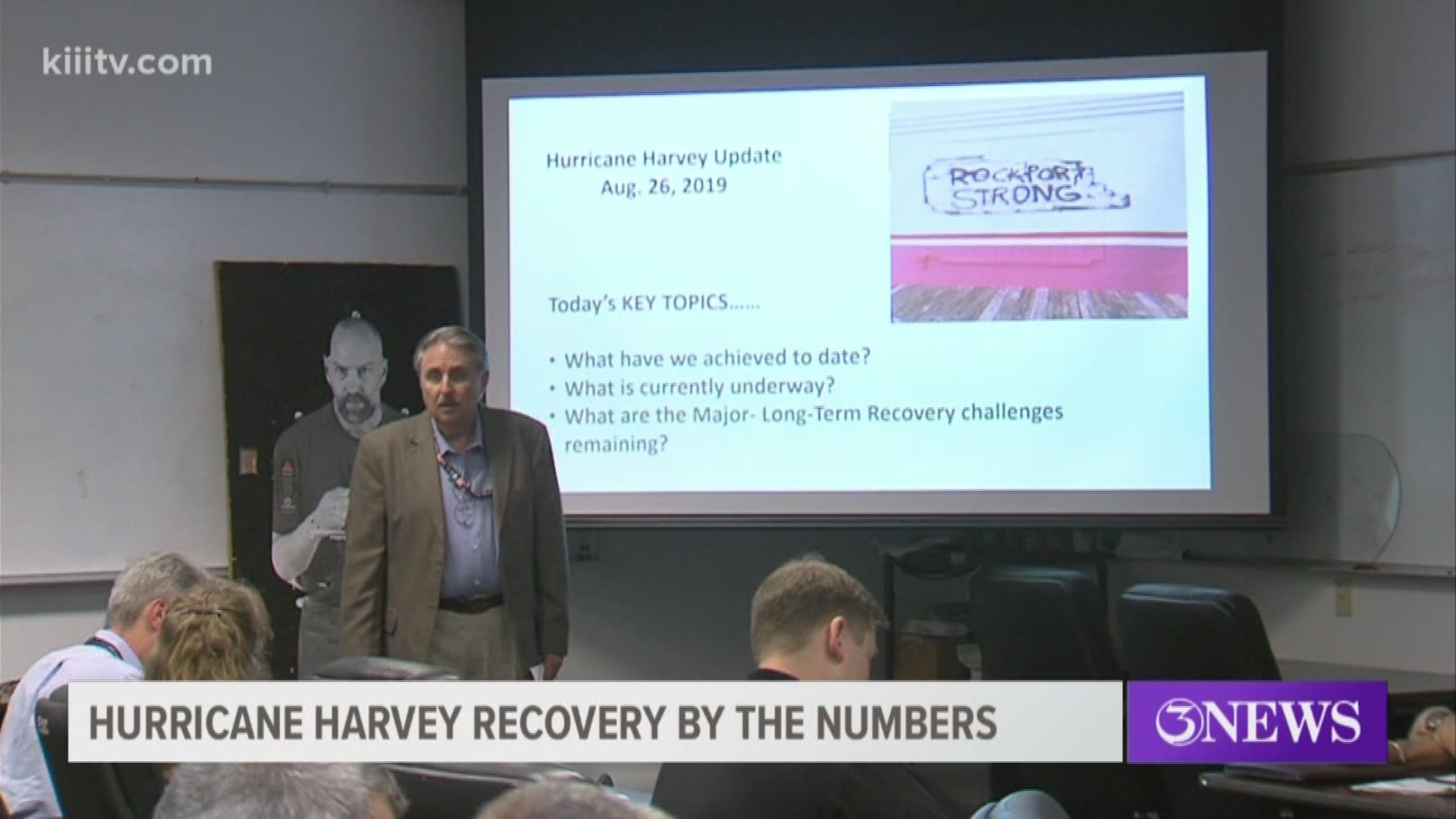 ROCKPORT, Texas — The City of Rockport is marking the two-year anniversary of Hurricane Harvey with a look at just how far they have come since that devastating storm.

Rockport community leaders were joined by officials with both FEMA and the Texas General Land Office Monday to receive an update on how the recovery process is going so far and get an idea of just how much federal and state grant money has helped Aransas County.

"We did it without spending one dime of Aransas County money. We did it with Foundation money; Rebuild Texas, they all helped and helped immensely; with the federal government. The rest of the team," Judge Burt Mills said.

"It's just really neat to hear everybody come together in one room and talk about the good and the bad. From where we need to strive still to complete," Chamber of Commerce President Diane Probst said.

Altogether the County spent over $76 million in state funds on recovery efforts.