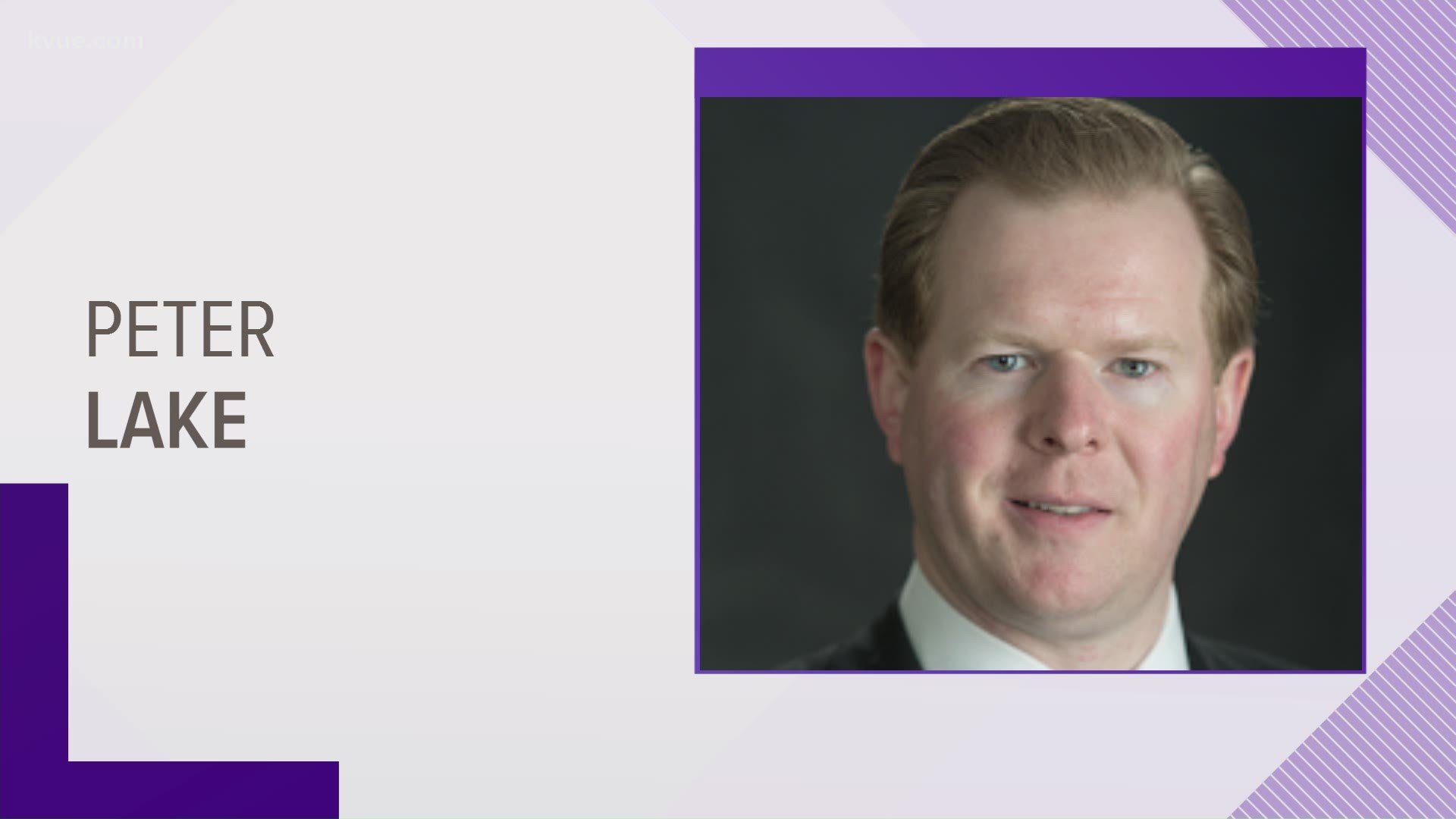 AUSTIN, Texas — Gov. Greg Abbott has appointed Peter Lake to the Public Utility Commission of Texas (PUC). If confirmed by the Texas Senate, Abbott will designate Lake as chairman of the PUC for a term set to expire on Sept. 1, 2023.

"Peter Lake has been a diligent public servant throughout his time with the Texas Water Development Board, and I am confident he will bring a fresh perspective and trustworthy leadership to the PUC," Abbott said. "Peter’s expertise in the Texas energy industry and business management will make him an asset to the agency. I urge the Senate to swiftly confirm Peter’s appointment."

Lake has served on the Texas Water Development Board since December 2015 and as chairman since 2018. He is the former head of business development at Lake Ronel Oil Company and previously served as director of special projects for VantageCap Partners.

Earlier this month, Abbott named Will McAdams to the board of the PUC. McAdams's nomination to the board was the governor's first after all three of the previous board members resigned in the aftermath of February's deadly power outages. McAdams will also need to be confirmed by the Senate.

WATCH: The cost of electricity: A look at the financial fallout of February's storms

VERIFY: Texas is not 'very close' to herd immunity from COVID-19