Local authorities say no employees "were ever in danger," and SAPD team members are also on-site. 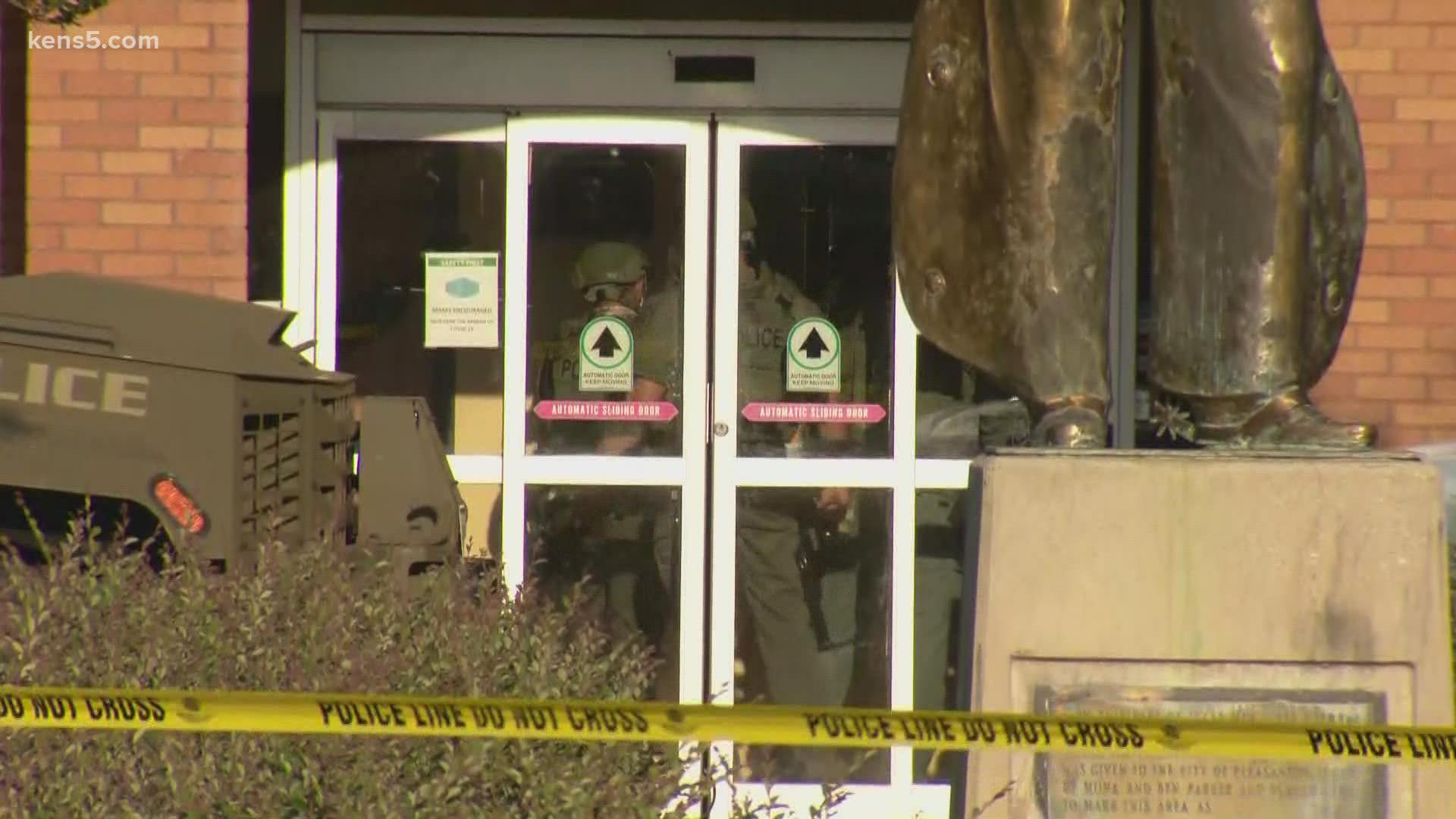 PLEASANTON, Texas — Police in Pleasanton have taken a 46-year-old woman into custody following an hours-long situation that began when she barricaded herself in city hall with an armed gun shortly after noon and undressed, local authorities said. Police Chief Ronald Sanchez said around 9 p.m. that she surrendered peacefully and officers were "in the process of getting her some medical help."

No employees were injured in the incident, which lasted about nine hours. Members of the San Antonio Police Department's SWAT and hostage teams were also on hand to assist.

The suspect has not yet been identified. Whether or not she had a motive is also undetermined as police continue to investigate.

"It's been a long day," Sanchez said in the evening hours. "There was some outstanding work done by several law enforcement officers from several different agencies."