Republican lawmakers have filed more than a dozen bills related to abortion this legislative session. 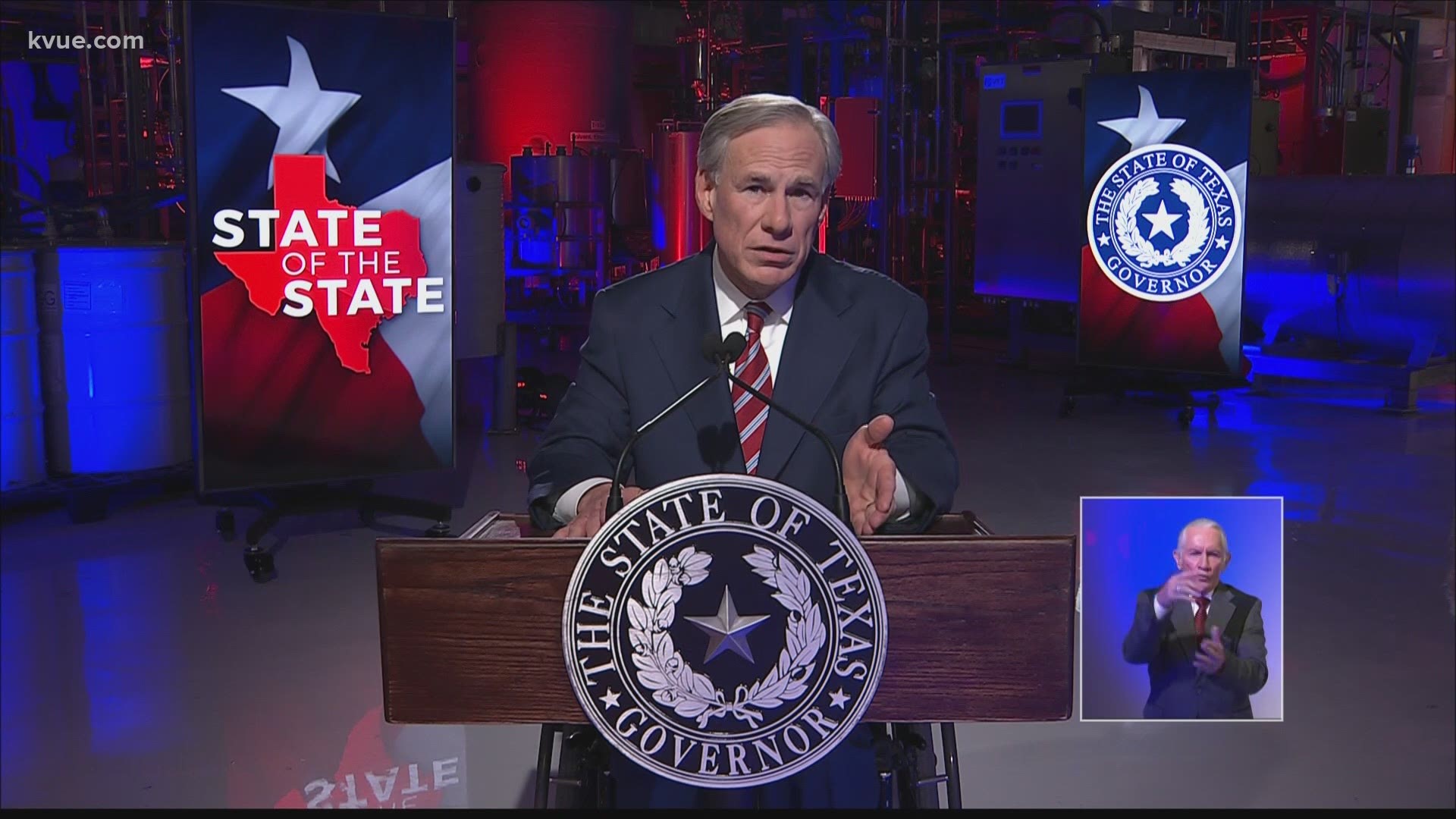 AUSTIN, Texas — Just hours after Planned Parenthood filed a lawsuit on the matter, a state district judge in Travis County has temporarily stopped Texas from removing Planned Parenthood from the state's Medicaid program, according to a report from The Texas Tribune.

Planned Parenthood and its affiliates on Wednesday filed an emergency lawsuit to stop Texas from blocking 8,000 people with low income from receiving health care from their providers.

The State's order, which was to go into effect Thursday, left Planned Parenthood patients with 30 days to find a new provider in a Medicaid system that is already experiencing provider shortages amid the pandemic.

"This comes a week after the Biden-Harris administration made it clear it would put an end to Trump-era attacks against health care, including programs like Medicaid," Planned Parenthood Texas Votes said in a press release on Wednesday. "Texas’s Medicaid 'defunding' offers a clear example of how critical it is for the Biden-Harris administration to stop attacks that target the reproductive health care of people with low incomes, women, and people of color."

According to Planned Parenthood Texas Votes, if courts do not stop Gov. Greg Abbott's order, thousands of Texans would lose access to life-saving health care, including cancer screenings, STI testing and treatment and birth control.

"Let’s be clear: Gov. Abbott, emboldened by the Trump legacy, is harming the same people who are struggling the most to survive this pandemic," said Alexis McGill Johnson, president of the Planned Parenthood Planned Action Fund. "By forcing people – disproportionately Black and Brown people, essential workers and single parents – to go without critical health care, his administration is jeopardizing their futures, safety and ability to control their own bodies. Planned Parenthood will use every tool we have to ensure patients have the care they need, where they need it."

"Gov. Abbott’s attempts to block Medicaid patients from getting care at Planned Parenthood health centers is the latest in a long history of Texas politicians trying to score points with relentless attacks on Planned Parenthood patients," added Dyana Limon-Mercado, executive director of Planned Parenthood Texas Votes. "Abbott is not interested in doing what’s best for Texans, and he has made it clear that he will continue to play political games regardless of the cost to the people he was elected to serve. Abbott wants to distract us from the unmitigated failure of his response to the COVID-19 pandemic and the fact that vaccine distribution in the state has been a disaster. Just this week, in his State of the State address, Abbott refused to declare COVID-19 an emergency while thousands of Texans continue to be infected with the virus. Instead, he focused on cutting off 8,000 Texans from their trusted health care provider. Planned Parenthood won’t back down in this fight and will do everything in its power to ensure that patients have access to health care."

Republican lawmakers have already filed more than a dozen bills related to abortion this legislative session.

"This session, we need a law that ensures that the life of every child will be spared from the ravages of abortion," Gov. Abbott said in his State of the State address Monday night.

Gov. Abbott and most of the Republican lawmakers in the legislature strongly oppose abortion. The governor himself noted that he has signed 11 laws related to abortion during his time in office, and he made it clear that he wants to sign more.

There are already 16 bills filed this session aimed at achieving the governor's goal. They range from prohibiting abortions after a heartbeat is present to appointing attorneys to represent an unborn child in certain court cases. One could even ban abortion in Texas altogether if the Supreme Court overturns Roe v. Wade.

If Texas were to completely ban abortion, there are some significant legal hurdles that would have to be cleared. Roe v. Wade made it legal for women to have an abortion in this country, but many conservatives believe that decision could be overturned because of the death of Supreme Court Justice Ruth Bader Ginsburg and the appointment of Justice Amy Coney Barrett.

It's worth noting that legal challenges have never deterred Texas Republicans from passing anti-abortion bills. Numerous bills passed by the legislature have resulted in court cases, and some of those laws overturned.

So, is there an appetite to pass these types of bills this session? Well, there is more so this session than in 2019, when the focus was school finance and property tax reform.

And, in Texas, the GOP has the numbers to dictate the legislative agenda. But the governor did not make abortion legislation an emergency item. So, lawmakers can't start voting on those bills until mid-March.