“It definitely catches the eye. It helps bring awareness to a pretty major problem,” said Michael Wallace, a final painter at Wabtec in Fort Worth.

FORT WORTH, Texas — A one-of-a-kind locomotive rolled off the assembly line at Wabtec in North Fort Worth recently and is now bound for Australia where it will join one of the most unique industrial facilities in the world.

The new ES44ACi locomotive is designed to operate in the hot climate and harsh mining environment of remote Western Australia.

But what makes this locomotive so unusual is that it is painted pink for breast cancer awareness.

“It definitely catches the eye. It’s a cool design and helps bring awareness to a pretty major problem,” said Michael Wallace, a final painter at Wabtec. “As far as I know there’s only been one other one done at this facility.”

It took 24 gallons of pink paint and clearcoat to create this brilliant livery, Wallace said.

Once arriving in Western Australia, though, it will not stand out as much as many might think.

“As a business we are wholeheartedly committed to providing support for breast cancer patients and ongoing research into the disease, as well as welcoming women in mining. All of this is driven by the unrelenting passion of Roy Hill Executive Chairman, Mrs. Gina Rinehart, who has directly initiated ideas that have captured the hearts and minds of our people, and wider, such as painting our trucks and locomotives pink, and naming them after those in our business who have suffered cancer,” said Gerhard Veldsman, Roy Hill’s CEO.

And in Fort Worth, 10,000 miles away, this is an order that many at Wabtec took personally.

“It has connections to a lot of us in the factory. Even me personally, a family member is going through – fighting her battle with breast cancer right now. I’m really happy, really proud to see it. For a lot of employees in the factory, it’s something we can all be proud of and raise awareness which is what we’re trying to do,” said Patrick Wiltrout, vice president of manufacturing quality at Wabtec.

Wabtec wrapped the locomotive in tarps and sent it to the Port of Houston where it was loaded on a ship that is currently on its way to western Australia.

“It may take a couple months to arrive. It’s going to get a nice long boat ride. Once it gets there. Our service team and the customer team will accept it off the boat. We’ll get it back on the rails over there. Get it up on its feet and put it through its in-service process. Start it up. Make sure it looks good. Clean it up and make sure it’s healthy running and hand it over to the customer. It’ll be pulling an ore train very soon,” Wiltrout added.

It has to be meticulously wrapped. Once arriving in Australia, the locomotive cannot have insects, mud, bugs or dirt on it.

In Western Australia, the engine will be used to haul iron ore out of the earth. Iron ore is mainly used to produce steel.

“It’s going to be pulling loaded ore cars out of the mine and taking them to the port where they’re loaded up and then it’s going to take those empty cars back to get another load. It’s going to do that hopefully for the next 20 to 30 years of its life,” Wiltrout explained.

Its other mission, making a bold statement about breast cancer awareness, is something it’s already doing. 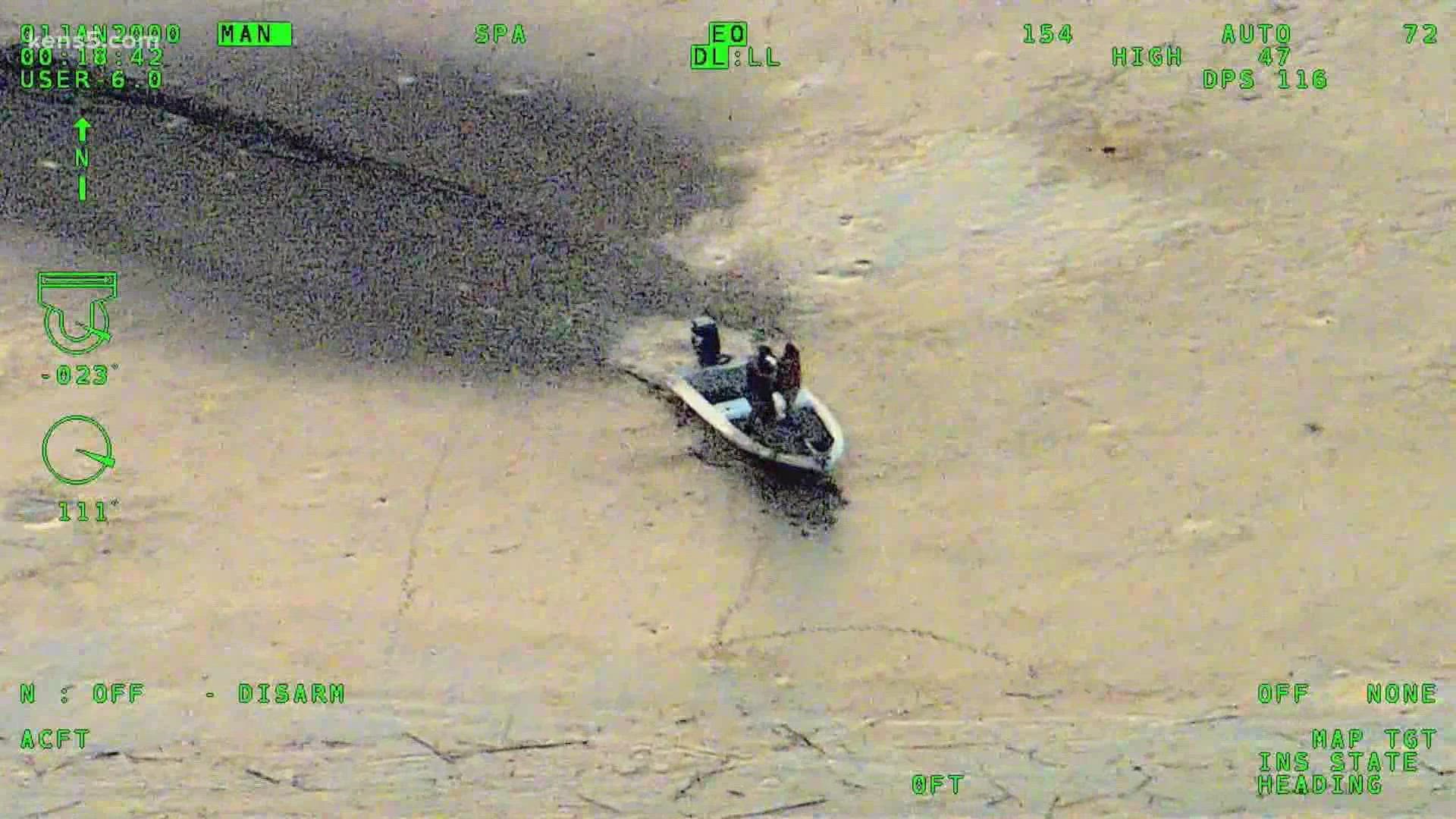