Certain pieces donated by Phil Collins may not be real artifacts, according to antique collectors, professors, archaeologists and the Alamo’s longtime historian. 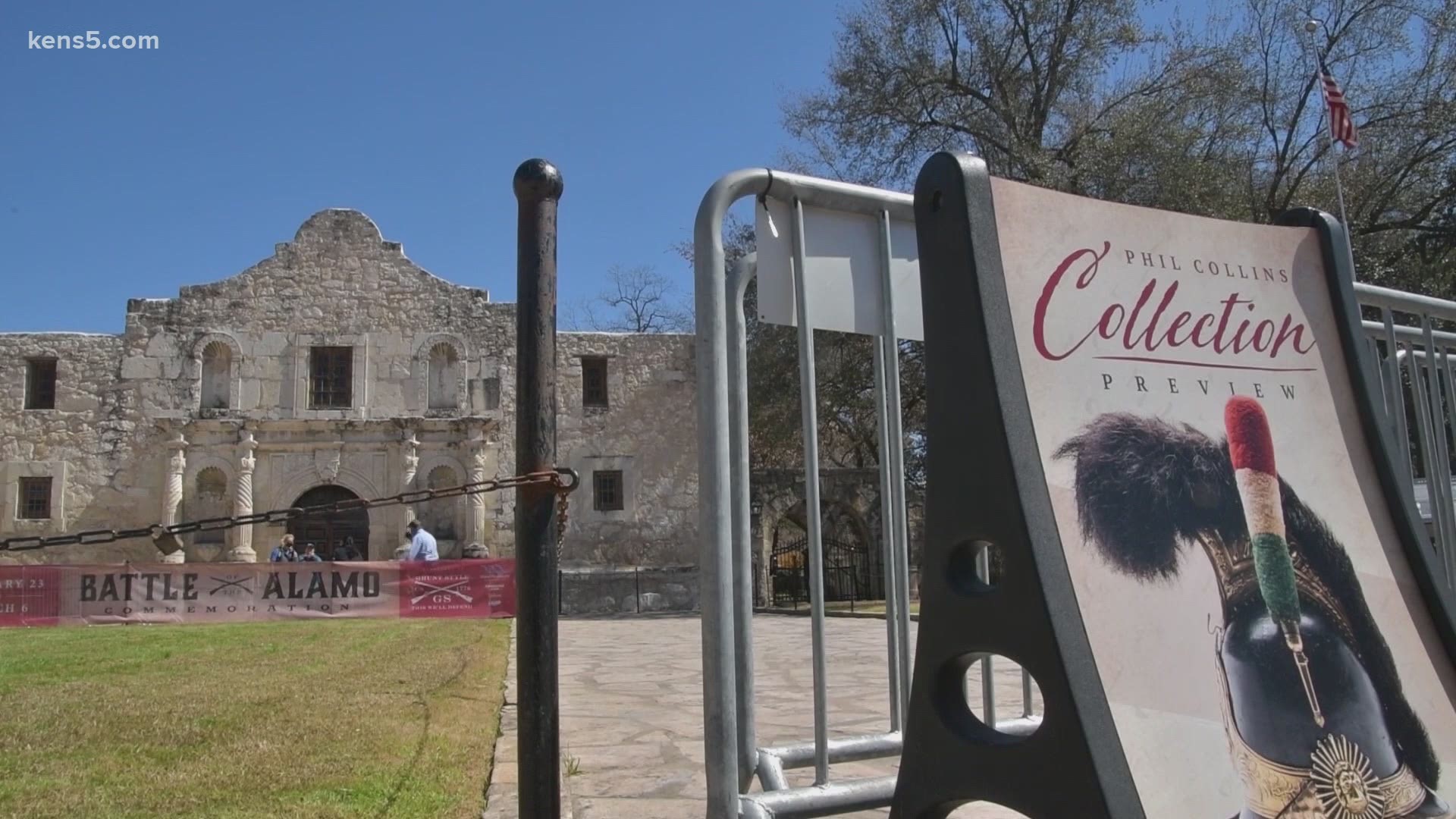 SAN ANTONIO — Certain pieces from Phil Collins's renowned collection of Alamo memorabilia may not be real artifacts after all, according to claims made by antique collectors, professors, archaeologists and the iconic landmark's longtime historian featured in an upcoming book.

On the front cover of Texas Monthly’s June issue, the headline says it all: “Come and Fake It?” The magazine features an adapted excerpt from the book “Forget the Alamo: The Rise and Fall of an American Myth” written by Chris Tomlinson, Jason Stanford and Bryan Burrough.

The authors spoke with antique dealers, collectors, history professors and Dr. Richard Bruce Winders, who served as the Alamo’s longtime historian and curator for more than two decades. They take readers into various examples that scrutinize the authentication process of the artifacts in the "Phil Collins Collection."

“There’s enough to make you think that there is some deception going on here,” Winders is quoted as saying in the book.

In 2014, the well-known British rock star donated more than 400 pieces to the Texas General Land Office, the agency that takes care of the Alamo. According to the Alamo’s website, Collins saw the Disney production of "Davy Crockett, King of the Wild Frontier" when he as young boy and became enthralled by the Alamo. It became his passion to collect artifacts and documents related to the landmark.

The book’s authors say a majority of the pieces in the collection appear to be real, but experts question dozens of the smaller items. In one example, they talk about a psychic who claimed a head injury gave him special powers and was part of authenticating a Bowie knife.

Credit: Forget the Alamo: The Rise and Fall of an American Myth
The Bowie knife that the book say was verified by a psychic.

In another example, they cite a history professor and author who asked questions to Collins about Davy Crockett’s shot pouch.

“My sense is that he knew that some of the artifacts might not be the genuine article. But if he bought literally all of them, some would be. For a while he was buying literally everything that came on the market. To people who manufacture bogus artifacts, that’s a bird’s nest on the ground,” said Stephen L. Hardin.

KENS 5 reached out to the Alamo for a comment on the new book. A spokesperson sent a statement on behalf of The Alamo Trust:

"The Alamo Collections team takes diligent steps to verify and conserve all artifacts in its collection and to display all relevant information available about each item.  The response to the sneak preview we did this Spring of a few key items from the Collins collection was tremendous and we plan to do another, similar preview this fall.

"We are excited to continue to share the collection with Texans and to help visitors understand its historical significance to both the Battle of the Alamo and the rise of Texas as an independent Republic."

This week, Bexar County commissioners approved $25 million to help pay for the new museum where Collins's donated collection will be showcased in the future. The spokesperson says the collection is a feature of the upcoming Alamo Visitor Center and Museum, but it is not the sole reason for it.

He added that, currently, the Alamo only has space to display about 1% of the artifacts in their possession.