Texas' abortion ban has led to clinics in Oklahoma and Kansas to assist a massive number of women from the Lone Star State. 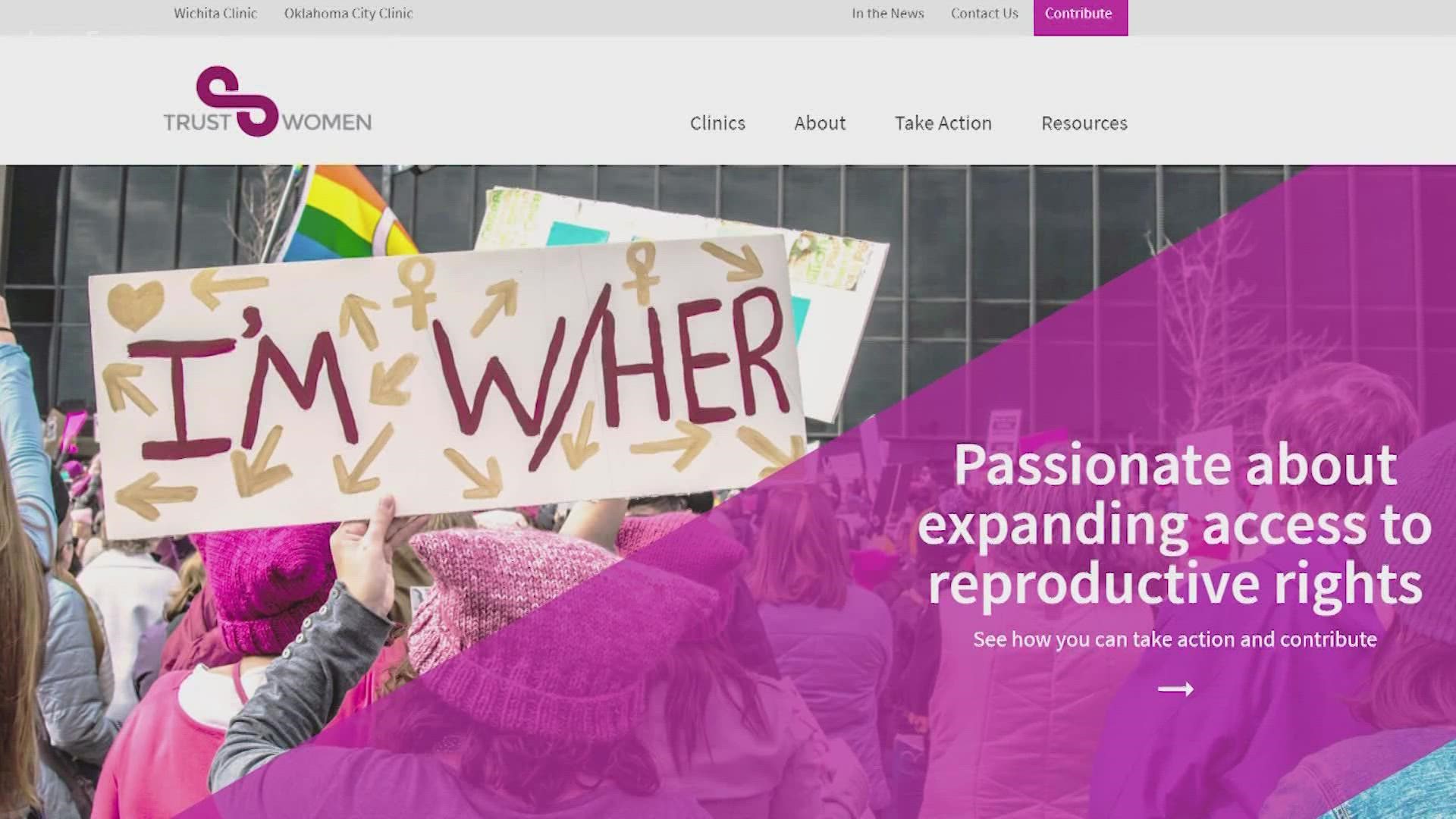 SAN ANTONIO — Texas’ restrictive abortion law has prompted women to travel out-of-state for care with the help of non-profit organizations.

The Lilith Fund is among the at least 10 organizations in Texas providing financial resources for an increasing number of women in need of abortion services.

“Texans now have to leave the state in the middle of a pandemic when it’s expensive to do so when people don’t even have basic health insurance,” said Erika Galindo, Lilith Fund’s program manager. “We are a network that tries our best to work together to make sure that Texans don’t have to go without this basic health care.”

Senate Bill 8, coined the heart beat bill, has been praised by Gov. Greg Abbott and anti-abortion organizations as legislation that protects the sanctity of life for the unborn.

The new law, which became effective Sept. 1, bans abortions at about 6 weeks. Abortion rights advocates and other critics have said that timeframe is early enough to the point where many women may not recognize they’re pregnant.

In 2020, there were more than 55,1000 in-state abortions for Texas residents. Over 1,200 abortions were reportedly performed out-of-state, according to the Texas Department of Health and Human Services.

Paige Alexandria, who lives in Austin, remembers hearing the news of her pregnancy in 2016.

“I found out I was 7-weeks pregnant at my state mandated ultrasound,” Alexandria said.

She noted she wasn’t able to get an abortion until she was over 9 weeks pregnant due to 2013 legislation that led to the shutdown of half the abortion clinics across the state.

“HB 2 (House Bill 2) is the legislation that forced over half of the abortion providers in the state to close down because they couldn’t adhere to ambulatory surgical standards or hospital standards,” Alexandria said. Had SB 8 been in effect and it was right now back then, I would have a third child today. I would have been forced into a pregnancy that one, I wasn’t ready for and also didn’t want. I didn’t want to expand my family at that time.”

Texas women, with and without financial assistance, have been traveling to neighboring states for abortion services.

Last week, the OKC clinic had around 80 patients, which officials say is a high number. About 2/3 of the patients were from Texas. The Wichita clinic treated about 60 patients last week, with half from Texas.

Limited appointment availability is also leading to Oklahoma women seeking care in other states as well – in part due to the large number of Texas patients.

Among other domino effects of the high demand in abortions, is the need for more willing physicians qualified to administer abortions. Tong noted in some cases, physicians are being flown to assist.

“To force these people to travel hundreds and hundreds of miles for desperately needed healthcare is cruel.”

The U.S. Department of Justice last week, sued the Texas government over the provisions of Senate Bill 8.

The bill has language incentivizing citizens to sue individuals believed to have been performing or assisting women with abortions beyond the 6-week period of pregnancy.