La Salle Co. sheriff on how smugglers' tactics are endangering his community 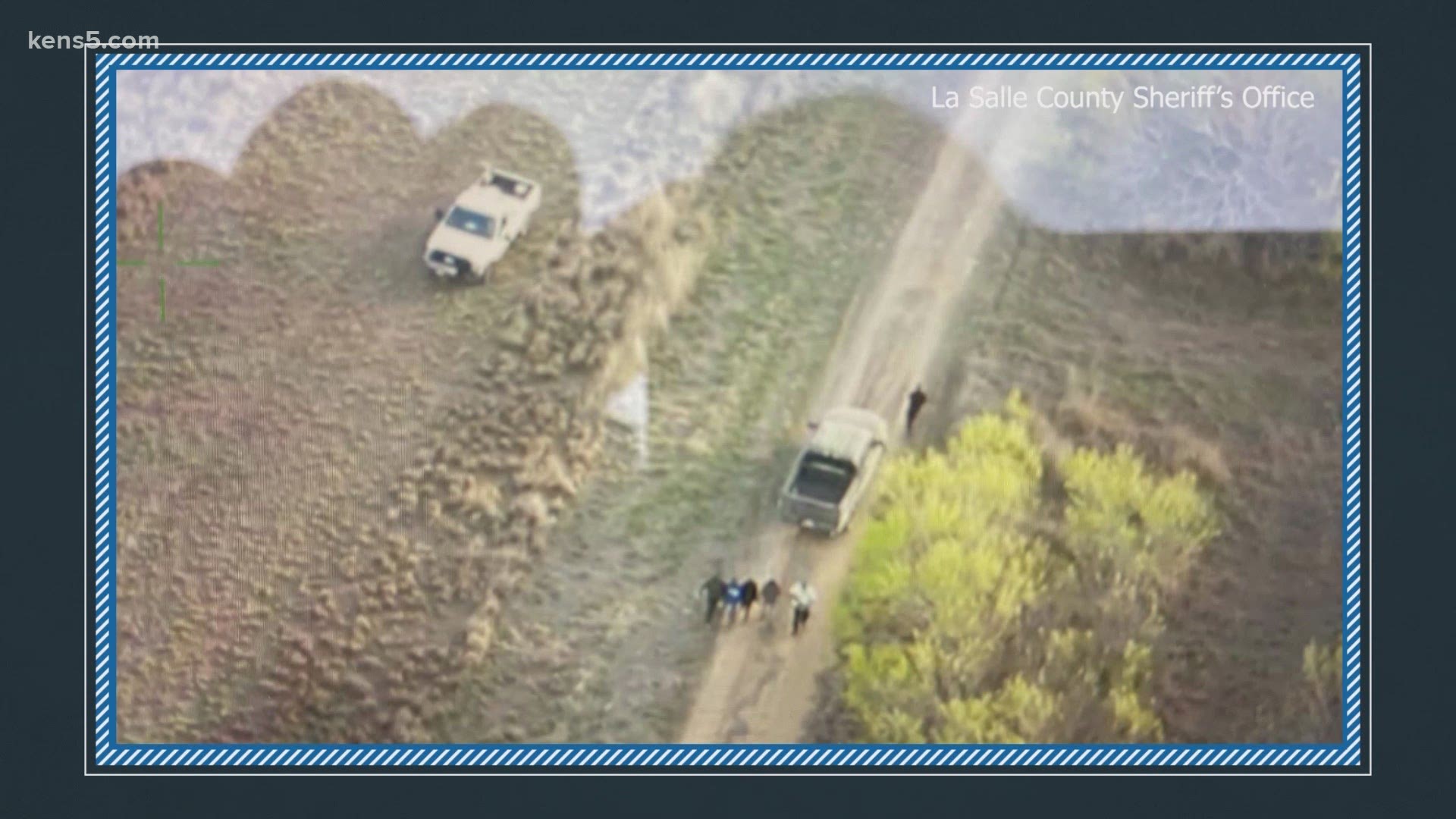 COTULLA, Texas — The La Salle County Sheriff’s Office says law enforcement agencies in the area are experiencing six to 10 car chases a day as of late, and they tend to involve smugglers whose pursuits are endangering migrants and citizens.

Zertuche said he wanted to inform citizens of the county about smugglers, known as coyotes, who are risking migrants’ lives. He said law enforcement officers have saved people who were stuffed into cabs, trunks, cargo areas, pick up truck beds and even toolboxes.

“In many cases, these individuals are left trapped inside of trunks and toolboxes after the smuggler bails out the vehicle into the brush where they then abandon the vehicle and flee on foot,” Zertuche said.

The sheriff said deputies are working diligently to apprehend smugglers during the pursuits, all while keeping residents safe. He said when a pursuit occurs on I-35, FM 468 or FM 133 in the vicinity of residential areas, deputies will block all exit ramps that lead to neighborhood streets.

“This minimizes the chance of our citizens from being hurt by these smugglers who can, at times, drive extremely reckless without regard to safety of innocent motorist and pedestrians. Which is extremely important as to why we cannot let them go—we must make every attempt in stopping them if possible, so that justice may be served,” he said.

He added that, in the month of March, LSCSO has handled 35 vehicles involved in human smuggling, encountered 138 migrants and seized 58 vehicles. As for other crime incidents, cases involving theft, burglary and assaults have decreased in February and March, compared to the same time last year.

The sheriff’s office has increased patrol in school zone areas and alerted Cotulla ISD about the growing problem. On Wednesday morning, Cotulla ISD placed its elementary and middle schools on lockdown for about 15 minutes due to a nearby chase involve law enforcement, according to Superintendent Ruben Cervantes.

Zertuche urges people to remain vigilant and allow deputies to do their job. If you spot a patrol vehicle with emergency lights and sirens, you’re urged to move to the right of the roadway.