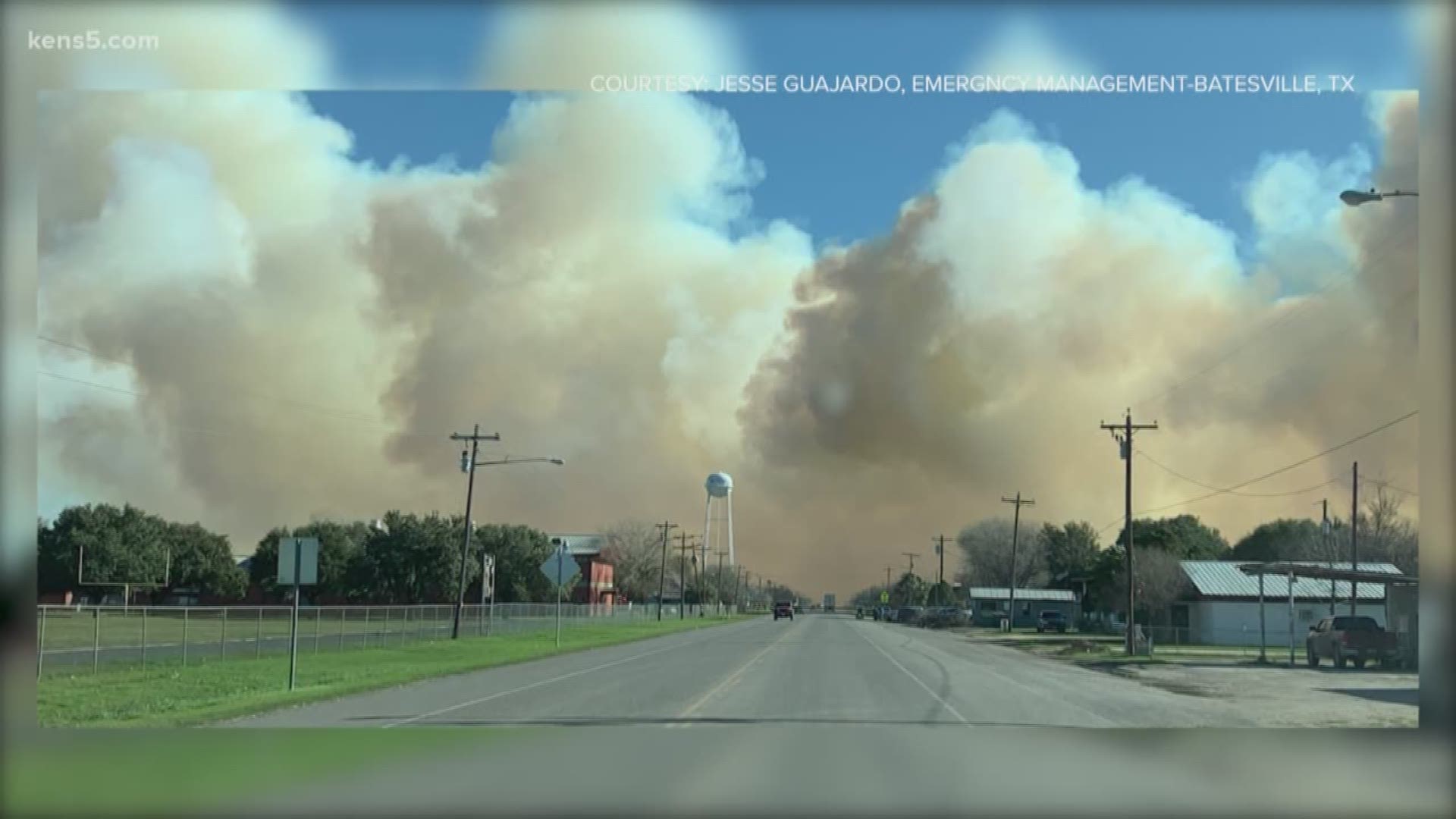 KENS 5 Eyewitnesses have shared photos of a massive fire that burned along Highway 57 west of San Antonio, leading to authorities calling for a voluntary evacuation of local residents for a brief time on Tuesday.

According to the Zavala County Sheriff's Department, the fire started at 12:20 p.m. Tuesday at the Winter Garden Co-op Cotton Gin in Batesville. As of  8 p.m., officials say changes in wind direction have led to smoke blowing away from the town.

Roads were briefly shut down and a voluntary evacuation installed, but as of Tuesday evening the evacuation center has been shut down.

No injuries were reported as a result of the fire.

This is a developing story. Refresh the page for updates