During a Wednesday news conference, the LULAC president said so far, none of the migrant teens being housed at Kay Bailey have transitioned to foster families yet. 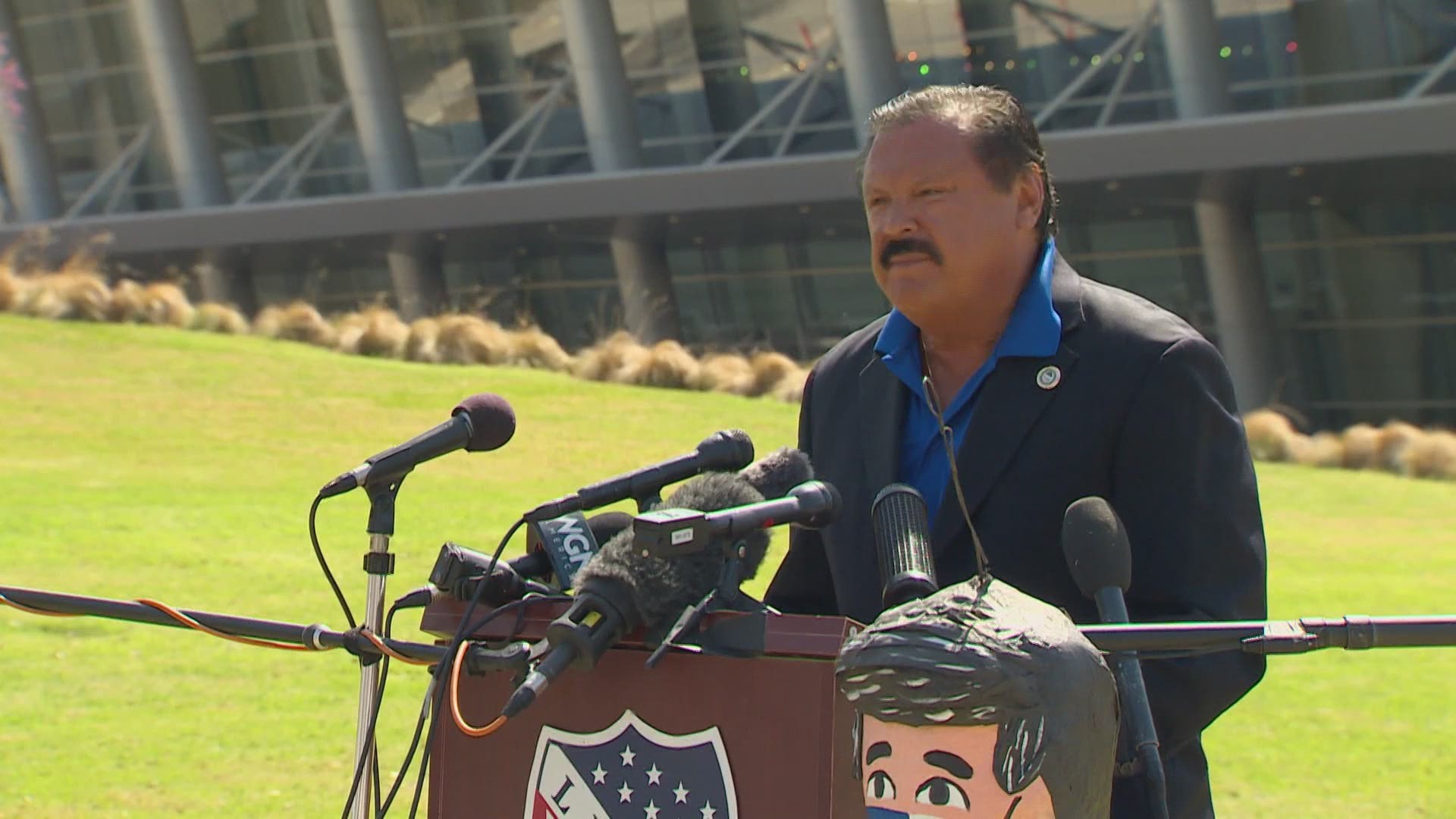 The League of United Latin American citizens, or LULAC, is calling on Homeland Security to provide temporary legal status to the migrant teens being housed at the Kay Bailey Hutchison Convention Center in Dallas.

“We need to look at them as human beings. These are children,” LULAC National President Domingo Garcia said during a news conference Wednesday.

Garcia called on Homeland Security to unite these migrant teens with family members as soon as possible. He also called on Senator Ted Cruz and Governor Greg Abbott to provide assistance to the migrant teens as well.

The LULAC president said so far, none of the migrant teens in the convention center have transitioned to foster families yet.

“They’re asking for political asylum. They’re asking to have their day in court,” Garcia said. "We need to realize that that’s the issue."

Garcia also wants media to be allowed inside the convention center.

“If the media’s allowed in, and they can show and interview these children and their stories -- that will allow the politicians in Washington to take action,” said Garcia.

It is important to point out that no other presidential administration has allowed cameras inside detention centers, housing unaccompanied children. Media access was not allowed in 2019 under President Donald Trump; in 2014 under President Barack Obama; nor in 2006 under President George W. Bush.

But this fact hasn’t stopped lawmakers from calling for it.

On Wednesday, Cruz demanded that media be allowed on his trip to the border on Friday.

“We want the media to be there,” Cruz said. “We want the American people to see what’s happening.”

Since cameras are still not allowed inside the convention center, U.S. Congressman Van Taylor told WFAA’s Jason Whitely what he saw during a tour of the facility.

“So you've got 2,300 cots in one room,” Taylor said. “They're being taken to showers – five-minute supervised shower. They're going to lunch and breakfast and dinner. The object is just to help them to survive. You're literally in survival mode.”

WFAA’s Jason Whitely asked the Republican lawmaker if his visit to the Kay Bailey Hutchison Convention Center changed his mindset when it comes to future policy.

“It really underscored how heartbreaking this is,” responded Taylor.

“I am afraid that we're going to need many more of these facilities, because of the lack of forethought with the Biden administration,” he added.