Bill Piatt said traveling the country may prove challenging when it comes to Texas' permitless carry legislation since each state has different gun laws in place. 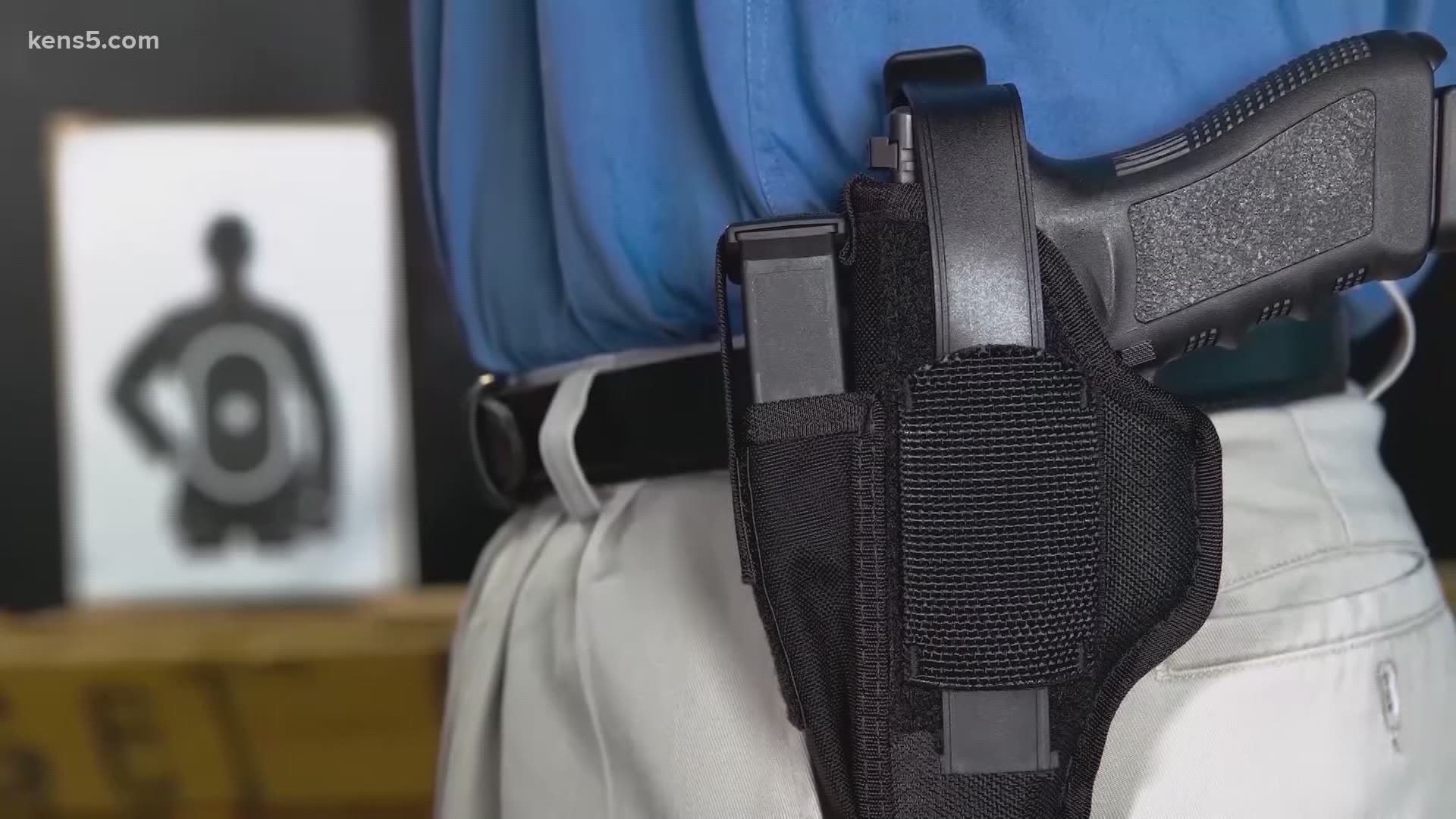 The new law paves the way for Texans 21 years of age and older to carry handguns without a permit. No longer will state background checks or training be required.

“Even with this new law, it doesn’t mean anybody can carry any gun anywhere anytime,” said Bill Piatt, a law professor at St. Mary’s University.

“You still will not be able to bring handguns into government buildings, schools, polling places, hospitals, among other places and importantly, private businesses can still ban weapons on their premises,” Piatt said.

Piatt noted there are advantages to obtaining a license to carry even with the law expected to take effect Sept. 1

One of the challenges people may encounter is when traveling the country since gun laws differ from state to state.

“Anybody that wants to travel to be aware of the laws where they’re going because unless the Supreme Court strikes down all the state restrictions, and I can’t they will strike them all down, the states are still going to continue to enforce some prohibition. Texas and Oklahoma’s laws are very much the same so you could move back and forth between Texas and Oklahoma without any concern. If you go west into New Mexico, you might have some difficulties.”