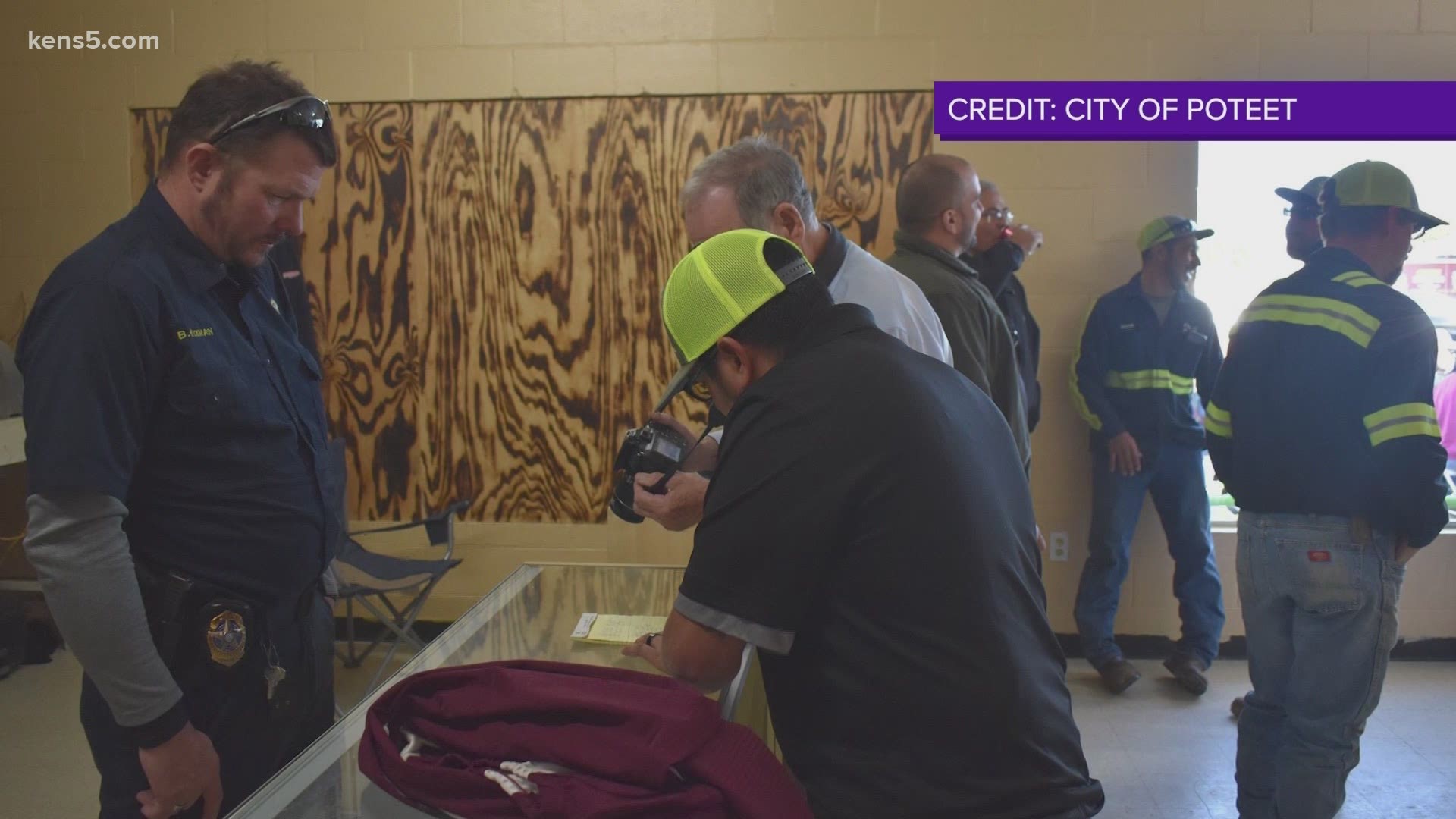 Warning: The images and details in the above video are graphic.

A strong rotting smell led Texas game wardens to lock down a taxidermy and meat processing facility earlier this month.

Officials with Texas Parks and Wildlife say that on Jan. 9, game wardens and the Poteet Police Department were called to BR Outfitters in Poteet, after reports of a rotting smell from the building. They say that when law enforcement officers went inside, they found deer carcasses lying in a pile on the floor of a walk-in cooler.

They responded by locking down the business; the owner was not allowed to remove the meat from the facility.

Texas game wardens, Poteet Police officers, and a Texas Health and Human Services inspector returned to the facility on Jan. 13. They ended up finding a total of 50 white-tailed deer carcasses, with several coolers and tubs of trimmings.

A spokesperson said it was “unfit for human consumption.”

KENS 5 spoke with the landlord of the building, Jimmy Garza, who said he was the one who initially called police after neighbors complained of the smell. He took pictures of the decaying mess inside the building.

“When I first went in, it smelled like death. Rotting dead animals. Carcasses that had maggots coming out them. The death smell turned into an ammonium smell,”  Garza said. “I told him he needs to hire more people, because it’s a lot of work to do it yourself. But I guess he wasn’t doing the work either.”

The owner of BR Outfitters did not speak to KENS 5 on camera, but messaged us a response to this story. He didn’t tell us why he left the animal meat to rot, but said he plans to contact all of his customers.

Texas Parks and Wildlife says the investigation is ongoing. KENS 5 spoke with the game warden captain of the San Antonio district, David Nieto, who says the owner is facing multiple citations for waste of game.

Nieto added that finds like these are rare, saying he's never come across a situation like this in his 15-year career serving south Texas.

Below are links to three photos of what Texas game wardens and Poteet authorities discovered in the facility during their investigation. WARNING: The images are graphic. Click the links at your discretion.