About 300 people are being held at one of ICE's largest facilities, and they had to contend with overflowing toilets and freezing temperatures during the storm 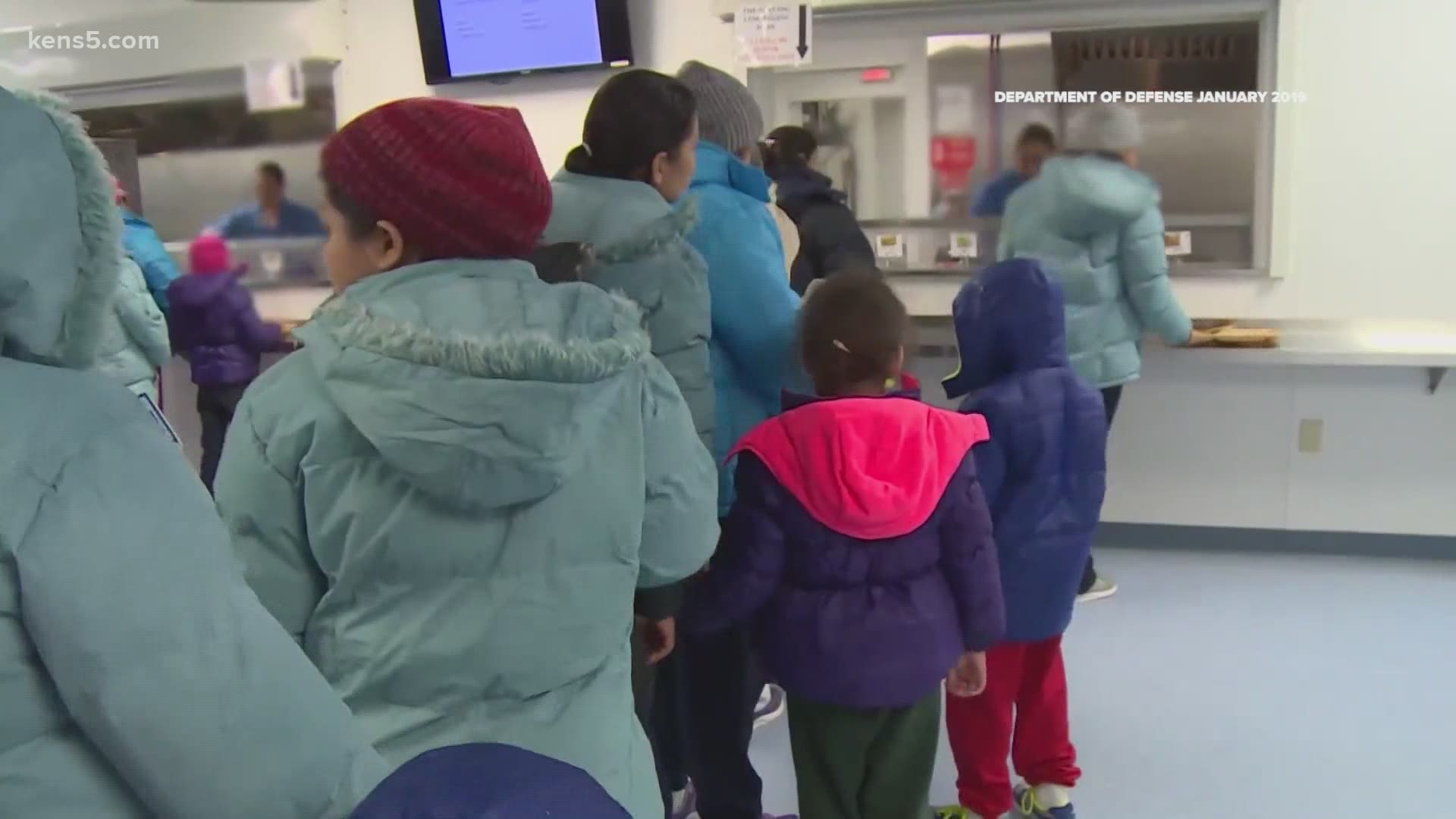 DILLEY, Texas — Overflowing toilets, freezing temperatures, one bottle of water per person for an entire day, frozen food and milk are the conditions some ICE detainees described to their immigration attorneys the week a winter storm hit Texas.

“Nothing seems to shock me in immigration anymore,” said Allison Herre, managing attorney for Proyecto Dilley, which represents families held at the Immigration and Customs Enforcement facility in Dilley, Texas. “It's been a very eventful last four years in the immigration world.”

Herre works with families held at the South Texas Family Residential Center, one of the largest detention centers run by ICE located southwest of San Antonio.

Herre said most of the people in the facility are women with children.

She said about 300 people are being held at the facility now. When speaking with their immigration attorneys, Herre said some detainees shared the conditions they experienced during the snowstorm.

“Like most of Texas, the heat was shut off in many areas,” Herre said. “They've been served cold or nearly frozen food, including chicken and milk. They're given one bottle of water per day for which they can use for all of their water needs. So that includes washing your hands, brushing their teeth, drinking water. And one bottle is not really sufficient for any person.

KHOU 11 spoke with a 38-year-old woman from Honduras, who’s been in the ice facility in Dilley since February 6.

“The restrooms were dirty, so dirty. Honestly, it was nauseating,” the 38-year-old detainee from Honduras told KHOU 11. “We didn’t have water to brush our teeth or to wash our hands after using the restroom. There wasn’t any antibacterial gel to use.”

“There were feces and urine overflowing in the toilets,” Herre said. “And for almost three days, most residents were using restroom facilities that had completely unsanitary conditions, according to the clients' reports.”

Detainees at the Karnes County Residential Center, an ICE facility southeast of San Antonio told their attorneys about rolling blackouts.

“The families were moved from some rooms to other rooms where they were warmer,” said Javier Hidalgo, supervising attorney for Detention Services Program at RAICES, Refugee and Immigrant Center for Education and Legal Services, a nonprofit based in San Antonio.  “One family reported not having only having one blanket.

“Our team reached out to ICE and asked for our blankets. And my understanding is that they got more blankets.”

ICE told KHOU 11 the agency wasn’t able to provide an interview on this topic, emailing a statement:

“Several U.S. Immigration and Customs Enforcement (ICE) facilities in Texas experienced the effects of the winter storm affecting most of the state last week. Some of our detention facilities, which house adults, and family residential centers, which house adults and children, experienced intermittent power outages as well as interruptions in water service. All facilities have back-up generator power. Power and water services have been restored to all ICE facilities in Texas that were impacted.”