Why is the power still out? ERCOT and CenterPoint explain outage

CenterPoint is now telling its customers in the Houston area they could be without power for at least the rest of the day Monday. 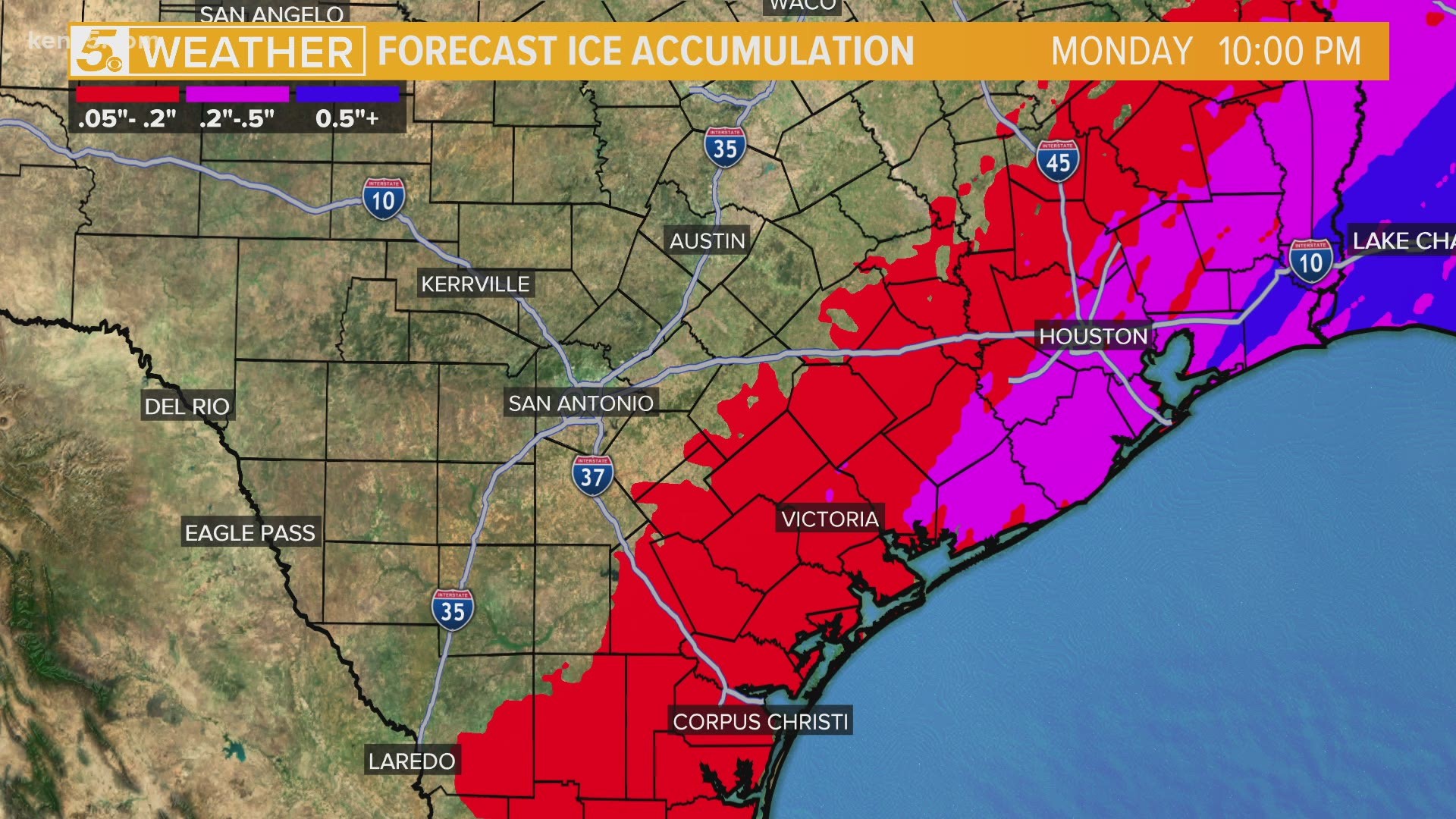 HOUSTON — Early Monday, ERCOT - or The Electric Reliability Council of Texas -- the agency that oversees the state's electric grid, declared the state of Texas at the highest energy emergency level because of lower power supply and high demand due to extreme low temperatures during the winter storm.

Rotating power outages started across the state. But the outages we're seeing today were caused when the demand started to far exceed the supply, and then the weather started to play a role.

According to ERCOT, between 7 p.m. and 8 p.m., usage reached an all-time high and continued into the evening hours. Then at around 11 p.m. several generators started to go offline because of the freezing temperatures. They also tell us wind turbines were out due to icy buildup.

By 1:45, ERCOT started to call for rolling blackouts.

Monday night's storm led to a new record of more than 69,000 megawatt hours. There just wasn't enough power to supply the grid. Power plants across the state were crippled by the frigid weather.

When ERCOT declared an emergency, CenterPoint, -- the company that delivers the power to Houston-area homes -- had no choice but to start rolling blackouts, and now, the long-lasting outages.

RELATED: How to stay warm during a power outage

Demand is expected to be a problem throughout the day Monday and Tuesday. ERCOT is asking consumers and businesses that have power to reduce usage as much as possible.

ERCOT won't be able to get the power working again until they get their generators back online. They told us that people without power should expect it to be out through the rest of today and at least the first part of tomorrow.

CenterPoint Energy tweeted about the process.

You can read more from CenterPoint here.

These are not rolling blackouts. We are dealing with systemwide power outages across the state. st

Many people have reported their electricity has been since early Monday morning.  You can join that Facebook conversation here.

State officials also warn against burn gas appliances inside, as it could lead to carbon monoxide poisoning.

There’s a real possibility of downed power lines, which could be live and dangerous, too. If you see one, you’re urged to call 311.

Gov. Abbott issued a disaster declaration for all 254 counties in the state ahead of the forecasted winter storm. He is also requesting a federal emergency declaration that will help with response to the winter storm as well as post-storm road repair.