FBI: Protests being planned at all 50 state capitols leading up to Inauguration Day

The FBI is warning states that protests are being planned in the days leading up to President-Elect Joe Biden's inauguration. 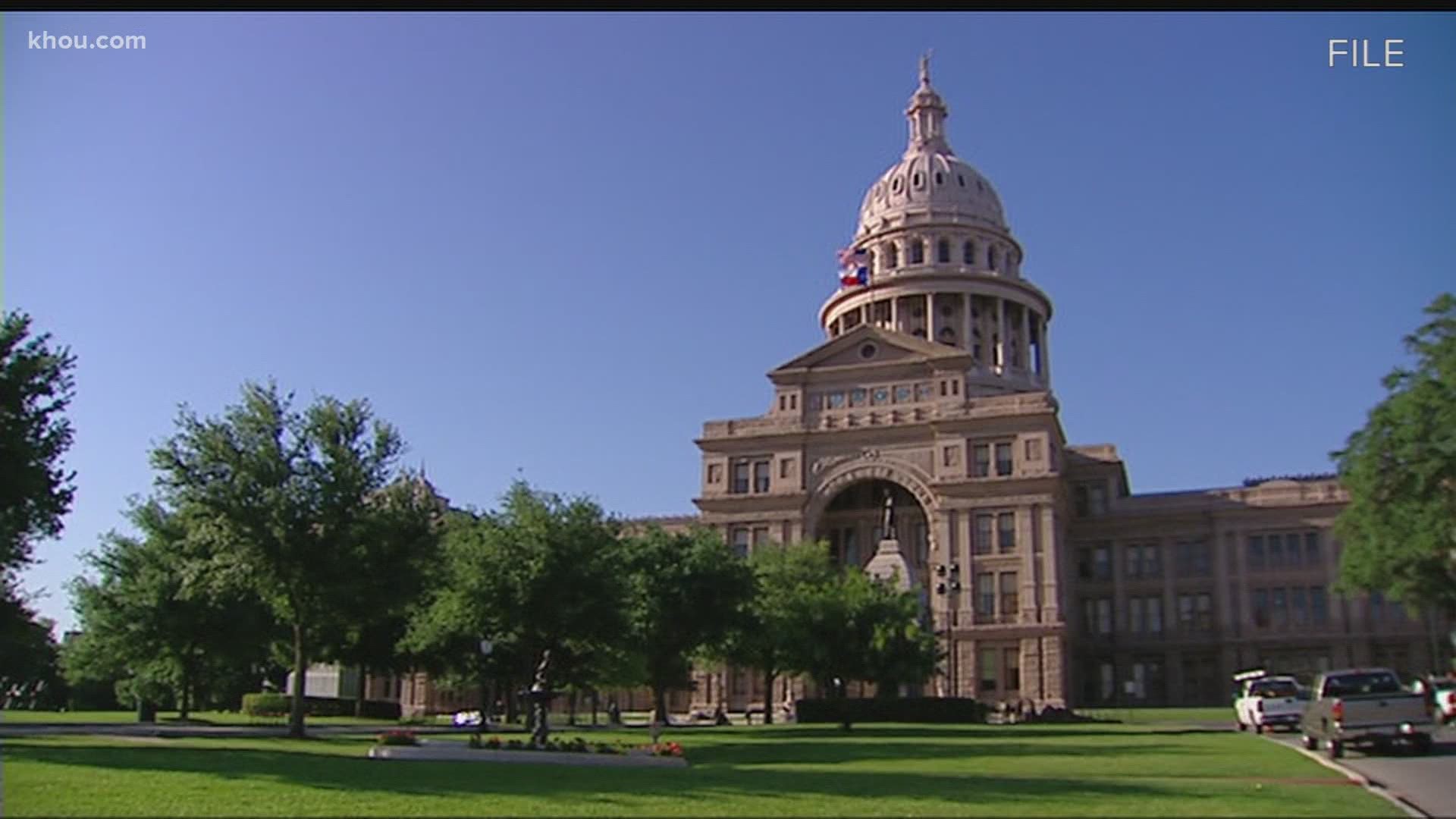 HOUSTON — The FBI is investigating a tip that protests are being planned at all 50 state capitols in the days leading up to President-Elect Joe Biden's inauguration.

In Texas, the 87th Texas legislative session gets underway Tuesday and new security measures will be in place.

“We had a briefing this morning with DPS," Rep. Armando Walle said.

Walle said the Texas Department of Public Safety is increasing the presence of their troopers on the state capitol grounds.

"There’s already outwardly groups that are posting on social media that they are going to come march onto capitol grounds, which is their constitutional right," Walle said.

Sen. Carol Alvarado said she was inside the State Capitol on Monday preparing for the session.

“Walking in the halls, there are a lot of DPS troopers and more of a presence around the building,” she said. "Many of our offices are closing or by appointment only, skeleton type of a staff environment."

Alvarado is one of several lawmakers who signed a letter, asking Gov. Greg Abbott to ban firearms on the opening day of the session. In Texas, you can open carry at the Capitol with a license, but states like Michigan have reversed their rules following the DC attack.

“It’s critical for the FBI and law enforcement community to get out in front of this," said James Conway, a former FBI agent.

He says the FBI would not have sent a warning about protests at state capitols across the country without a verifiable threat. Conway said their job now will be tedious, but crucial to making sure what happened in Washington D.C. doesn’t happen again.

“Through chat rooms, social media, technical coverage, human sources and so forth, they are going to be full-court press from now until the inauguration collecting intelligence," he said.

KHOU 11 News asked the Texas DPS if the open carry laws would be changing for opening day, we didn’t get a response. They did send us the following statement:

"The Texas Department of Public Safety (DPS) is continuously monitoring events and their impact on public safety. As a result, the department has deployed additional personnel and resources to the Texas State Capitol. While we do not discuss operational specifics, DPS will continue to adjust our operations as needed to maintain public order and address potential threats. The department remains committed to proactively protecting the people and property of Texas."