Environmental group wants to ban a pesticide that harms bees 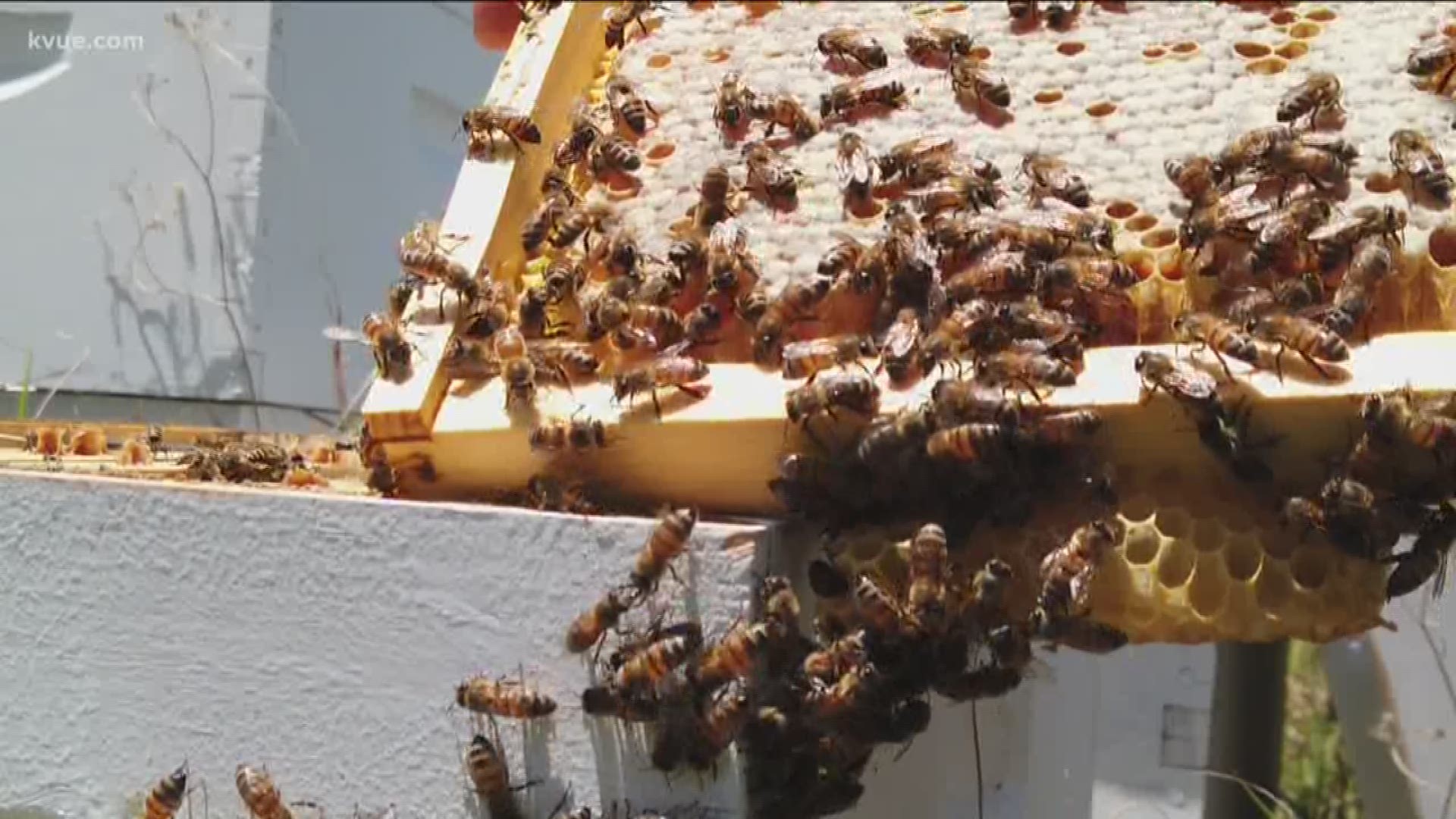 The group delivered more than 12,000 petitions to the state legislature Thursday. It is asking lawmakers to ban pesticides known as neonicotinoids.

On site at her hives, KVUE spoke with beekeeper Erika Thompson about the impact these pesticides have.

“About 90% of the hive are going to be female worker bees,” Thompson said, holding up a wooden frame of bees.

Honeybees live for about six to eight weeks. In that short lifetime, they fly the equivalent of the earth's circumference.

"We need to ban neonicotinoid pesticides,” she said. “As a beekeeper, I've seen the harmful effects these pesticides can have on honeybee colonies first hand."

Last winter saw more honeybees die off than ever before, survey reveals

The pesticides shorten the bees’ lifespan because they act as a neurotoxin to them.

Environment Texas said they are often sold to consumers and seeds are pre-treated with the pesticide, regardless of whether there is an insect problem.

According to the American Beekeeping Federation, about one-third of all food Americans eat is directly or indirectly derived from honeybee pollination.

“Not only that, but also our Texas wildflowers,” said Rybicki. “Bluebonnets, Indian paintbrushes ... these flowers are a huge part of our state identity and we would potentially lose them."

Environment Texas is calling Lt. Gov. Dan Patrick and Speaker Bonnen to have interim hearings to look into the bee threat.

"Anything we can do to help these pollinators,” said Thompson. “Help save the honeybees should be the first thing we focus on.”

In Connecticut and Maryland, there are already statewide bans on the bee-killing pesticides.

Video: Fight breaks out on busy street after Round Rock road rage incident