San Antonio mayor Ron Nirenberg spoke to KENS 5 in the wake of Saturday's mass shooting that killed more than 20 in El Paso. 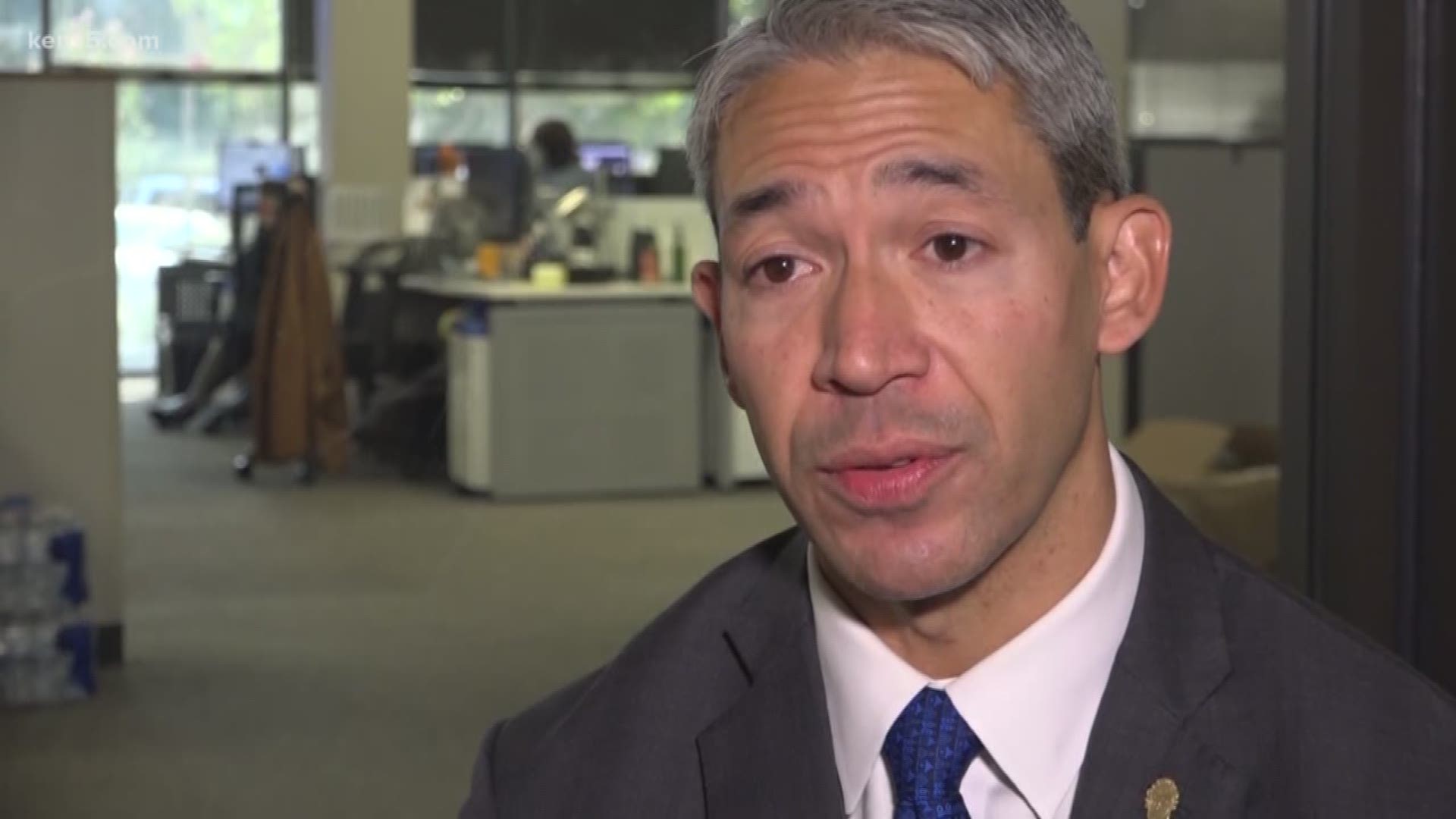 SAN ANTONIO — Mayor Ron Nirenberg spoke to KENS 5 in the wake of Saturday's mass shooting that killed more than 20 in El Paso.

Watch the full interview below, and scroll past the video for a transcript of what Mayor Nirenberg had to say:

Nirenberg: Well, it's infuriating, really, because we represent a city here in San Antonio that has derived its strength from our diversity. And we have a number of - you know, the majority of our community were the ones who were quite deliberately targeted by this individual who carried out this shooting in El Paso.

My concern, number one, is to make sure that our community knows that they're safe here. And that we see that kind of racism, and xenophobia and bigotry rear its head, it's our duty to stamp it out.

And it's also our job to make sure people know we're doing everything we can to prevent these shootings from occurring in the first place, but also preparing for them, because they've become a sad reality in America

For people of San Antonio, we understand when you live in a place like this, and it's similar to El Paso, that diversity is a part of what this town is. And for someone to come from outside and do something like that, what's that concern like - of understanding what our city is like?

And so we have a responsibility to speak out, to make sure we continue to share our values in San Antonio as a compassionate place, then take action to prevent these kinds of things from happening here and elsewhere.

What do you feel like you can do on a city level in the Council to possibly get something done?

Nirenberg: It starts with recognizing the roots of violent activity in our community, encouraging our community - if they see something, say something, whether it's online or if it's out in the community. And also identify and not be scared of calling out racism and xenophobia and bigotry when they do exist.

It's really important for us to do that, especially in this day and age when these kinds of behaviors seem to become normalized. In a community like ours, we can't stand for that.

Nirenberg: Well, San Antonio has been a victim of mass shootings before. And of course, more often than not, we have seen our neighbors, our family, our friends, and other communities reeling from disasters or mass violence episodes like this.  And we have never failed to step up and offer a compassionate hand of help or offer assistance when it's needed.

In these cases, and again - the cries of "Enough is enough," we've heard too many times. In these cases, it's also important that we provide advocacy support for the communities who want to see these crimes - these events - end.

What do you hope City Council can do to combat something like this?

Nirenberg: Number one, we have to make sure that the awareness that we're creating around issues of prevention, whether it's seeing something, saying something - those kinds of campaigns; making sure that our communities are prepared. One of our councilmembers made a strong case to improve the level of casualty care kits that are available in big places - schools, and so forth.

We need to do things like that, but we also need to make sure that we're having a dialogue and action around racism and bigotry that do exist in our communities and make sure we drive that out.

Nirenberg: We also need to recognize the names of the victims. Too often, we spend focusing on the criminal in this case. But these are real people whose lives have been shattered, families who are left behind.

We need to recognize their names, and in their names make sure we commit ourselves to action so that these things don't happen.

RELATED: 'You are our family' | Man delivers crosses to honor El Paso victims