The National Weather Service on Friday said an EF-1 twister 600 yards wide touched down in the area amid Wednesday's storms. 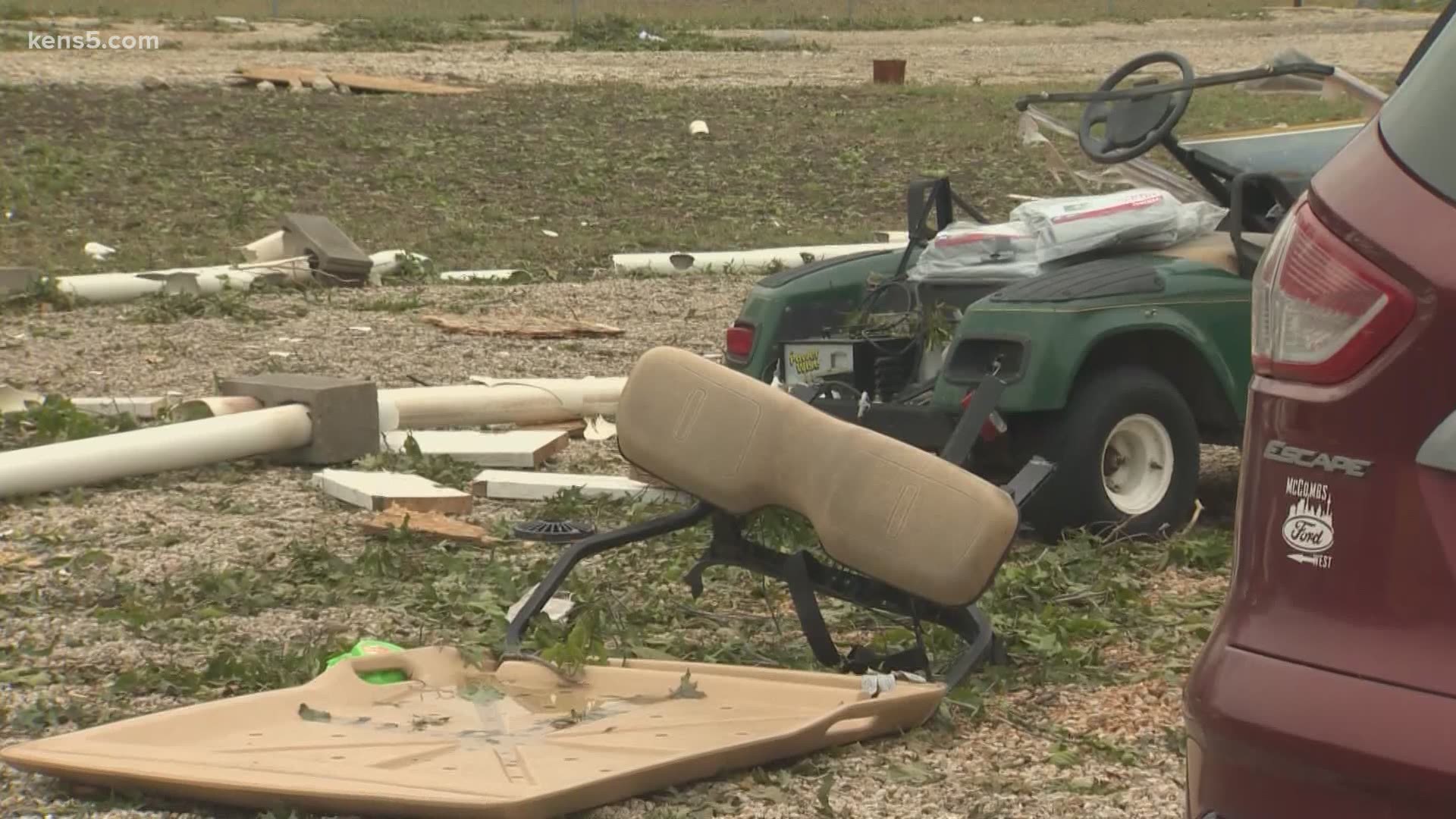 D'HANIS, Texas — Cleanup efforts continued Friday in D‘Hanis, two days after a confirmed tornado damaged most of the buildings in town.

On its second day in D’Hanis, The Salvation Army had a truck parked outside 90’s Taco Store along Highway 90, where they distributed cleaning kits, food and hygiene products.

Most of the homes and structures in D’Hanis have some sort of damage.

“Puncture holes through everybody’s roof. Anything that was plastic on top is broken. Thousands of broken glass, windshields, you name it it’s probably broken out here,” said Joe Christopherson, who came out from San Antonio to volunteer with his church to cover up storm damage with tarps.

Sandy Parker was in her home when the storm came through. She said she had never experienced anything like it.

“Really bad. Windows breaking, banging on the roof. All my windows are gone on the northside,” Parker said. “It was a disaster.”

Despite the stresses of picking up after the storm, many said they could feel a sense of kindness and gratitude shining through.

“I think everybody out here works together and does a wonderful job,” Parker added. “You know, we’re all trying to cope.”

“The main thing I’ve heard is they’re grateful I had a lady hug me this morning,” Bishop said.