The City of Del Rio is partnering with a company who manufactures PPE to expand operations in Val Verde County. 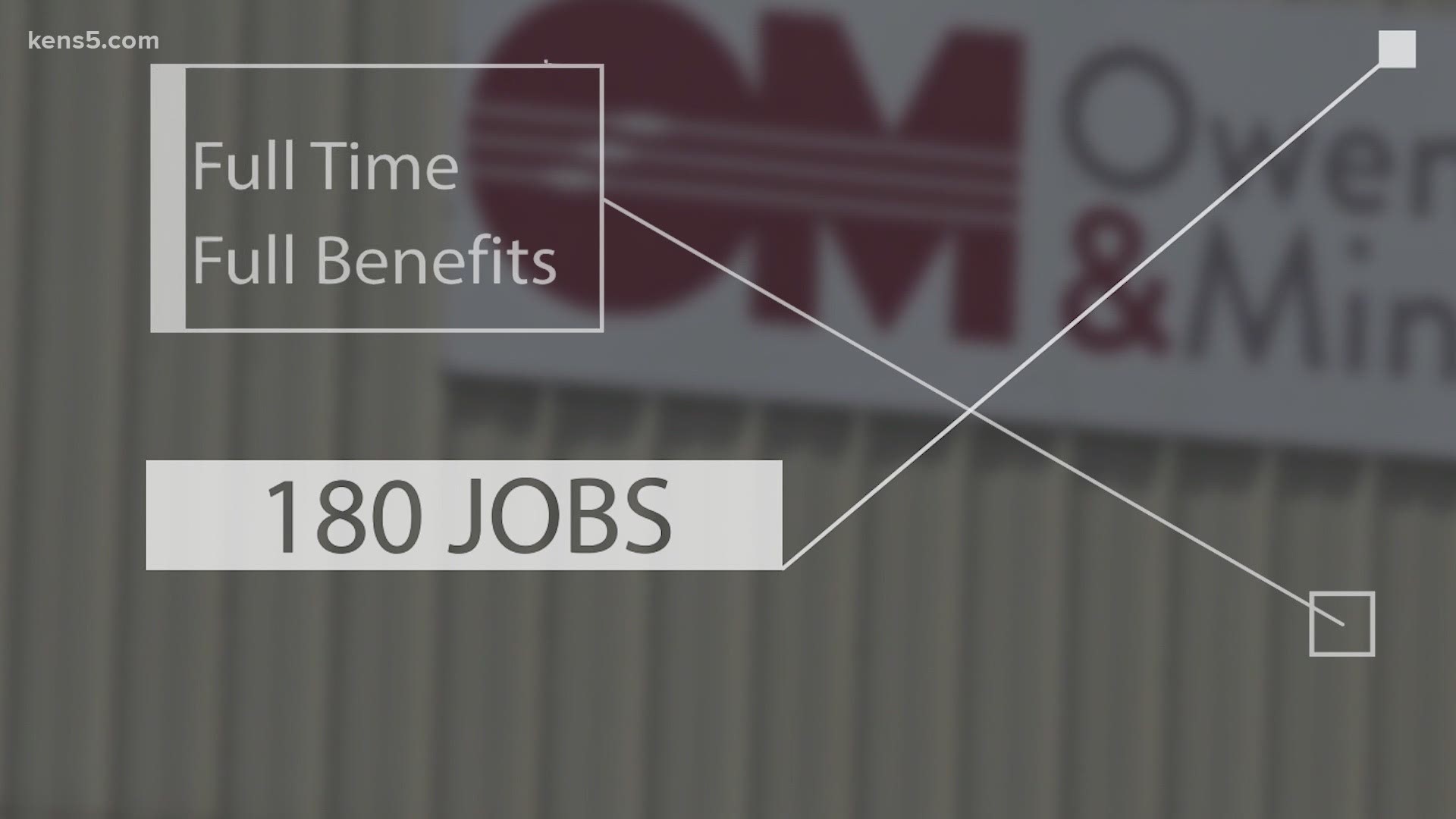 DEL RIO, Texas — As the novel coronavirus pandemic overwhelmed countries across the world, personal protection equipment became an overnight necessity. And as people are returning to the workforce and schools welcome back students for in-person instruction, the demand for masks has skyrocketed.

Last week, the City of Del Rio announced a new partnership to mass-produce N-95 masks, creating new jobs and bringing a boost to the economy.

“With something as negative as COVID and this pandemic, there's also positives that come from this,” said Ori Fernandez, the director of economic development for the City of Del Rio.

“This is a perfect example of how businesses, whether they're small or large, are capitalizing on this time to expand or to reinvent themselves,” said Fernandez.

Fernandez said the company received CARES Act funding to purchase large equipment to mass-produce PPE, and is expanding its production in Del Rio.

The expansion will bring 180 news jobs to Val Verde County. The city said those positions vary from packers to machine operators to shift leaders.

Fernandez called the development a great opportunity for Del Rio.

“We're right on the border, so we have the workforce that is skilled enough to help mass produce these respirators,” she said.

Fernandez said the pandemic has had a major impact on the border community.

“We’ve been hit hard with our bridge revenue fund.  You're seeing that impact, smaller businesses maybe that we're used to having the Mexican consumer crossover,” said Fernandez.

She said the city issued $200,000 in CARES grants to small businesses to help, but she said the resilient business owners in the border town have worked hard to survive.

“I've seen a lot of local businesses here, though, innovate (and) reinvent themselves,” Fernandez said. “They're going to find a way to survive and stay afloat and overcome this.”

Fernandez said the partnership will continue to have a positive impact on the region now, and into the future.

“I think this industry is here to stay in terms of the production,” she said. “I believe there's great potential for growth in the PPE industry.”

The company is set to launch the new operation in mid-September.